Making a Difference on a School Board 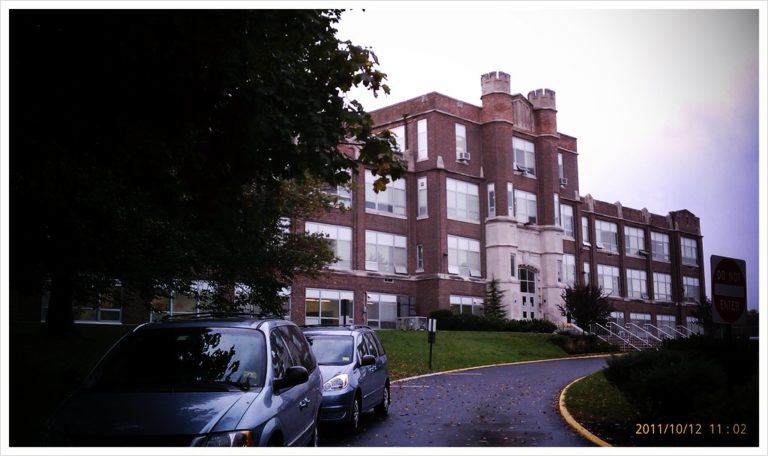 Haddon Heights High School in New Jersey (Credit: Amy Gahran via Flickr, CC-BY)
Our "Stories from the field" series shares the experiences of engineers and scientists who are making a difference in their communities.
Share this article

Philip (Bo) Hammer, who earned a Ph.D. in physics from the University of Oregon, has an abiding interest in applying his expertise to science policy and education. He began his career as a congressional fellow of the American Physical Society providing technical expertise in the U.S. House of Representatives. Currently a senior director at the American Institute of Physics, Hammer leads initiatives on diversity and inclusion. Outside of his day job, he previously served two elected terms on a local school board in New Jersey. ESAL interviewed him about how his background as a physicist motivated and informed his local engagement.

DR: What sparked your interest in getting involved with public policy, given that you come from a research background?

Hammer: My family was very political. My dad served on our local school board, and my mom was the mayor of San Jose for two terms. Community politics were in my blood. There was always a buzz of family discussion about the latest election or political issue. When I was studying to be a scientist, although I loved research, I did not have a personal vision of becoming a lab scientist. I was always inspired to apply my training to serve society in other ways.

DR: When did your own engagement with local politics start?

Hammer: My own involvement came when my wife and I moved to a small town in New Jersey for a job. Our house was right across from the high school that our son would attend. High school kids kept smoking and throwing cigarette butts on our lawn. So, I got a group of neighbors together and we convinced the borough council to pass an ordinance making it illegal for minors to smoke or buy tobacco products. We also worked with the school board and school resource officer to get institutional support to stop the problem.

DR: Were you successful?

Hammer: Yes, amazingly! The problem quickly resolved itself. The success led to people recruiting me to the local school board. I had demonstrated that I was willing to take on an issue. Plus, I was motivated because my own son was in the schools, and it seemed like a great way to make a difference in his life.

DR: What did you hope to influence by serving on the school board?

Hammer: I did not go in with an agenda, but figured I’d be an advocate for strong science and math education, should concerns arise. The education turned out to be good; I did not have anything to worry about. The main issues were around budget and teacher contract negotiations. I was on the committee for two rounds of contract negotiations, chairing it the second time. We rallied community support for the teachers’ demands, which came close to a strike but ended up resolving amicably. Another big issue was a bond initiative to renovate all of the district schools. I was able to push for good science labs as a major upgrade to the science classrooms.

DR: Did you find the skills you’d developed as a scientist to be useful?

Hammer: A certain amount of my usefulness was personality. I have a reputation for being a calm presence, which helped in tense negotiations. At the same time, my ease with data and numbers allowed me to be pretty facile at capturing a lot of financial detail, such as how teacher contracts fit into the bigger picture of the school budget.

DR: Did you learn anything unexpected from your experience, about how to be effective in this new milieu?

Hammer: I’d say that it is a lot more work than the people who twist your arm to run for office will admit. You have to be prepared to work hard, stand on your principles, and study the issues deeply so you can back up your positions with evidence. Scientists can bring an evidence-based perspective with credibility to the table.

DR: What does a scientist or engineer get out of engaging at the local level?

Hammer: I got great camaraderie. It was fun! Often, the pace of change in politics is super slow. In six years, this school board did a lot, managing to rebuild the school and make sure teachers were compensated fairly. Plus, my son appreciated and benefited from it during his middle to high school years.

Engineers & Scientists Acting Locally (ESAL) is a non-advocacy, non-political organization. The information in this post is for general informational purposes and does not imply an endorsement by ESAL for any political candidates, businesses, or organizations mentioned herein.
Published: 03/24/19
Updated: 07/31/22