Expert Guidance: The Connecticut Academy of Science and Engineering 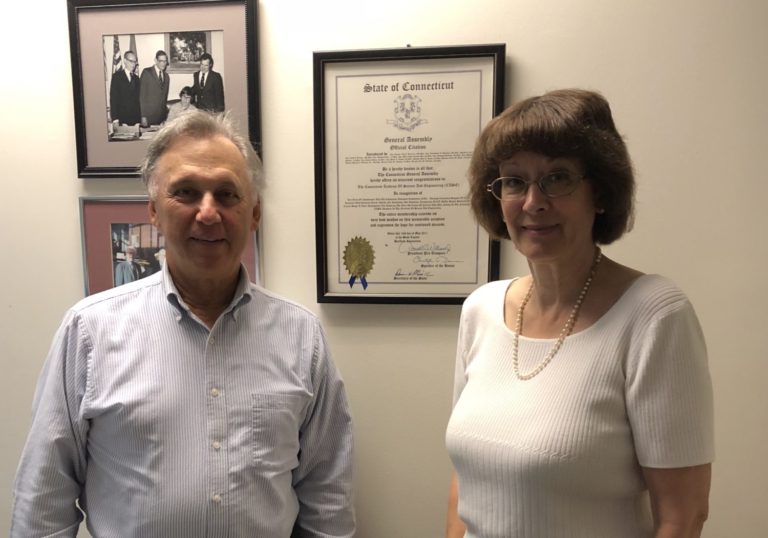 The Connecticut Academy of Science and Engineering (CASE) is a nonprofit public-service institution that provides expert guidance to the state of Connecticut, fosters STEM education, and promotes discourse among the state’s technical communities. This year it launched a new Policy Fellowship that provides a scientist or engineer the chance to work on critical issues in the state’s executive branch. ESAL spoke with CASE’s Executive Director Richard Strauss and Associate Director Terri Clark to hear more about the organization’s mission and the development of the fellowship.

CS: Please tell us a little bit about the mission of CASE.

Strauss: The Academy was created back in 1976. It arose out of interest from several individuals, from both industry and academia, to provide the state with advice in a way that’s similar to the National Academy of Sciences. 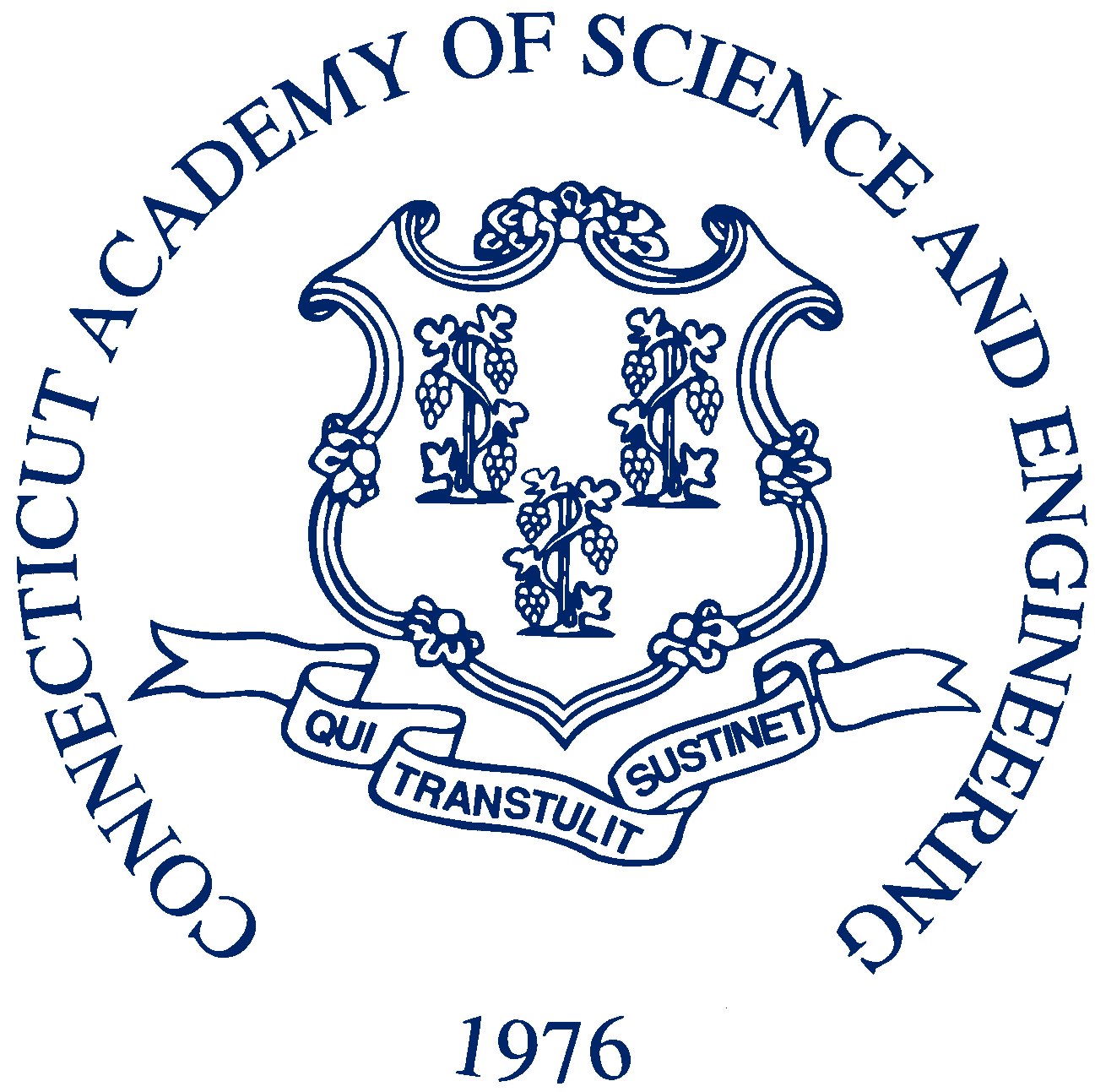 The principal work of CASE has been to provide a service to the state’s General Assembly and to state agencies by answering questions that need independent analysis and advice. Sometimes it might be an emerging topic that we don’t know much about. Other times it might be an issue of high importance where learning more about the field and what others are doing could be valuable to developing Connecticut policy. A lot of it is scanning what's out there and seeing what might work for Connecticut on a particular issue.

CS: What is CASE’s role in developing guidance for the state?

Clark: We do the project management and move a study process forward. First, we identify a study manager and research team. Then we'll reach out and identify individuals that have an interest in or are knowledgeable about the topic. We bring everyone around a table to form a committee that provides the guidance. The study manager is the one who writes the report with the committee’s findings. We take a very cautious approach to making sure the language in the report is accessible to the individuals that will be reading the report. It's very important to not get too technical while making sure that the point still gets across. At CASE we have good eyes for that.

Strauss: We don't disappear into a locked room. The study committee meetings are open to the staff and legislators that are involved in the topic, whether it’s for the General Assembly or for an executive agency to get updated on the research. At meetings, the committee and research team hears from experts around the country, and sometimes beyond, about the topics that are relevant to the study. This enables legislative and executive staff to gain information, even independent of our report.

CS: Offering a policy fellowship is a new activity for CASE. Can you tell us what brought it about?

Strauss: We were looking for a way to increase the timeliness and service that we can provide to the state. We became aware of a grant opportunity that the California Council on Science and Technology (CCST) was advertising to develop a science and technology policy fellowship program for state legislatures. We said, well, that's really interesting and fits with the model of how the Academy advises Connecticut.

CS: How did you go about designing the initial iteration of the program?

Strauss: We established an advisory committee that included CASE members, former and current AAAS Congressional and Executive Branch Fellows, Jefferson Fellows, staff from the Business Council of Fairfield County, the Connecticut Department of Energy & Environmental Protection (DEEP), the Donaghue Foundation, the Children’s Fund of Connecticut, and the Connecticut Technology Council, and faculty from Fairfield University, University of Connecticut, University of Hartford, and Yale University. The committee provided guidance and oversight for the development of the program and led us to communicate with the executive branch to see any agencies were interested in hosting a fellow. While the General Assembly has not as yet approved the program, an initial two-year Fellowship for DEEP is now in the early stages of implementation. The solicitation is currently open, and we hope that we'll find a successful candidate to fill the position. I think it will be a rewarding experience for the fellow.

CS: How do you envision the next phase of the program?

Strauss: If we had more funding, the ultimate goal would be to have one fellow placed within the Department of Energy & Environmental Protection and a second fellow placed within the Department of Public Health. We would have them both work on the same issue from each department's perspective and then collaborate for the overall implementation of the strategies needed for the state of Connecticut.

CS: Nine states received planning grants from CCST to develop state-level policy fellowships. Is there any coordination between the efforts?

Strauss: At the 2017 AAAS Annual Meeting, in Boston, most of the nine states attended a joint meeting with CCST and the Gordon and Betty Moore Foundation, who were one of the major funders. Following that meeting, we have been meeting periodically to discuss issues we have in common. One area of high interest is how we fund these fellowships. Another area is to set up a state fellow network where those that are placed in state fellowships have an opportunity to be able to meet with each other.

Clark: There haven’t been any decisions from the group yet. We do meet monthly and are in the midst of discussions about how to move this forward and what are the most important areas of collaboration and cooperation among the states. All of the states have been very active.

CS: Do you have any advice for scientists and engineers who want to get more engaged in local and state policy?

Clark: Any individual can walk in on any given day when the General Assembly is in session, see what is scheduled, and just sit in and listen to the policy making process. Before you really get engaged it's great to just become more familiar with what's happening. That will help you think about how you may want to get involved.

Strauss: In New England, local government is a big thing. We have 169 towns in Connecticut, and, for example, nearly each one has a conservation commission. Many now have some form of an energy activity. And then there's water pollution control and other commissions that are science-related. And they are always looking for people to serve on these commissions and boards. By becoming visible, you also become known and have an opportunity to network in a positive way.

Engineers & Scientists Acting Locally (ESAL) is a non-advocacy, non-political organization. The information in this post is for general informational purposes and does not imply an endorsement by ESAL for any political candidates, businesses, or organizations mentioned herein.
Published: 10/14/18
Updated: 06/27/22