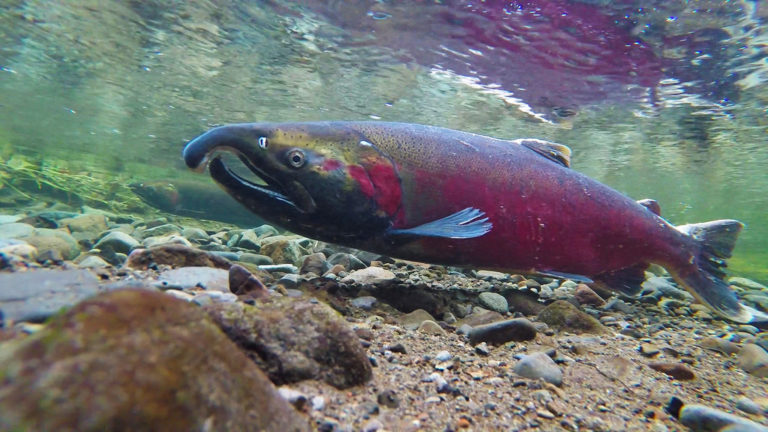 Salmon (Flickr blmoregon).
Our "Postcards" series shares the experiences of engineers and scientists who are taking early steps toward local engagement.
Share this article

Frankie Barker recently retired from a position as an environmental planner with her local government, the Matanuska-Susitna Borough in Alaska. Prior to joining the Borough, she was the executive director of Alaska Geographic, a naturalist and outdoor guide throughout Alaska, and a field director for Keystone Science School in Colorado. She has a BS from Cornell University in Human Development and an MS from University of Wyoming in Recreation and Park Management with an emphasis on environmental education.

How did you identify an issue? I served on an interagency fish habitat partnership with scientists who documented that most culverts under roads block fish passage.

As the environmental planner, I served on the Steering Committee of the Mat-Su Basin Salmon Habitat Partnership, which is a relatively new coalition of local, state, and federal organizations that work on salmon habitat issues. One of our priorities was identifying and restoring culverts under roads that blocked fish passage. In 2010, the Alaska Department of Fish and Game (ADF&G) inventoried 668 culverts and identified over 70% of culverts blocked fish passage. As of 2013, the Borough, ADF&G, US Fish and Wildlife Service (USFWS), The Nature Conservancy, and other groups worked together to restore over 80 culverts at a cost of over $6 million. As a side benefit of these improved culverts, flood damages to roads and bridges were reduced, saving the Borough considerable public funds. 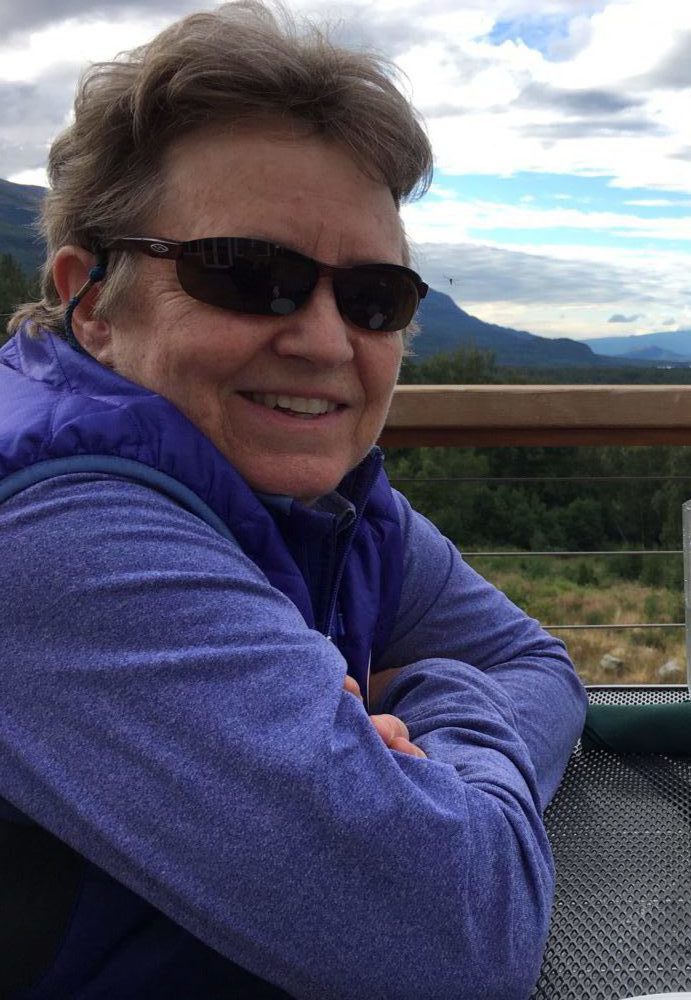 How did you engage? I wrote an ordinance and brought it forward to local government bodies for consideration.

In discussions with the Partnership and local leaders, I suggested that we figure out a way to stop installing culverts that blocked fish passage. With the support of one of our elected leaders, I wrote an ordinance that would require anyone building roads in the Borough to adhere to USFWS standards for fish passage when installing culverts. I was able to get support from various organizations and several Borough commissions including the Road Service Area Board, the Fish and Wildlife Commission, and the Planning Commission, before bringing the ordinance forward for consideration by our governing body, the Borough Assembly.

At the July 16, 2013 meeting of the Borough Assembly, Ordinance 13-097 “to amend the subdivision construction manual to establish standards for the design and construction of anadromous waterbody crossings” was passed unanimously. A key component of the success was showing how fish passage culverts allowed floodwaters to pass and did not require costly replacement after storms. Since the passage of the ordinance, all culverts installed under Borough roads, whether by the Borough or by private developers, have to be constructed to allow for fish passage.

The Mat-Su Borough is currently the only local government in Alaska that has these standards, but hopefully one day fish passage standards will be required statewide. I am continuing to work on salmon habitat issues after retirement and have talked to several groups about local and statewide initiatives to improve current regulations for fish passage.

Engineers & Scientists Acting Locally (ESAL) is a non-advocacy, non-political organization. The information in this post is for general informational purposes and does not imply an endorsement by ESAL for any political candidates, businesses, or organizations mentioned herein.
Published: 12/17/18
Updated: 08/16/22

New York Academy of Sciences: NY Scientist’s Varied Career Leads Back to the Big Apple and Climate Challenges
Making a Difference on a School Board
Audrey Lee Reflects on the Arc of Her Career in Energy Policy
Delivering Public Comments at a City Committee Meeting
Learning about Local Development Priorities
Developing Climate Policy on a Municipal Advisory Board
Serving on a Citizens’ Advisory Committee
All Politics Are Local
Joining an Advisory Board or Commission
International Innovations Benefit Northern Virginia Communities