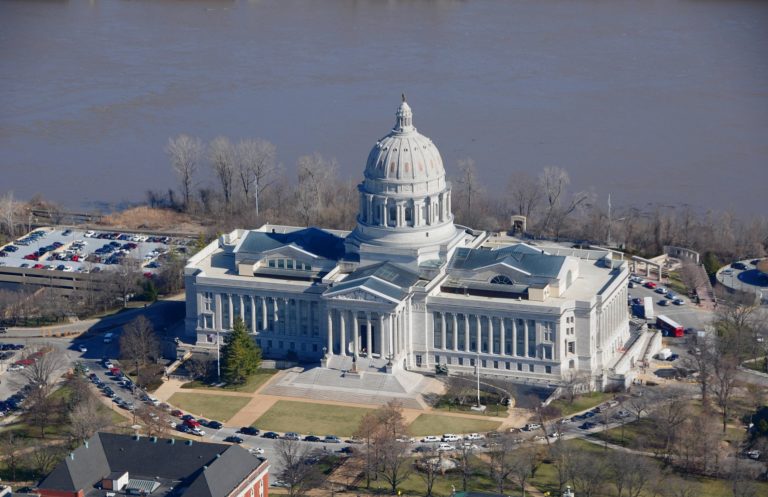 As government demand for science communicators increases, there is a simultaneous growing interest in elevating the role of evidence-based policy among the science community. The Local Science Engagement Network (LSEN) is an initiative by the American Association for the Advancement of Science (AAAS). A grassroots program, the LSEN nurtures and guides STEM supporters and scientists who want to ensure that science informs evidence-based public policy at the federal, state, and local levels. ESAL had the opportunity to speak with Daniel Barry, the campaign director for the LSEN since 2018, to learn how LSEN empowers scientists with the tools and skills they need to contact their elected officials directly and make an impact on local and state policy.

MS: How did you get involved in local STEM engagement?

Barry: I have close to 40 years of experience working on climate campaigns and communications. Recently, I served in local government for four years in Washington, D.C. as a climate policy analyst and was part of the formation of the first climate action plan that has made some significant improvements to people's lives and the community.

MS: What was the call of action that inspired the development of the LSEN?

Barry: About five years ago, AAAS started thinking about how to better engage our members on the local and state levels. The call to action really came out of our members telling us in surveys that they wanted to be more involved in advocating for the use of science in policy deliberations. They wanted to represent the voice of science and reassert the role of scientists as community members and leaders in local and state efforts, particularly for climate and energy issues.

MS: What does the LSEN aim to do?

Barry: I often describe LSEN as connective tissue. Through partnerships with other organizations, we can elevate the voice of science. Advocacy is a very clear mission. Serving society means advocating for the proper use and positioning of science at all levels of government. For the LSEN, we have a digital public engagement platform that allows AAAS members and non-members to join as LSEN advocates free of charge. Our digital platform employs their home addresses to connect them directly with their elected lawmakers at the federal, state, and local levels, and provides numerous ways of contacting those leaders. Beyond that, we are striving to open a dialogue and build a community between scientists and policymakers to inform the policymaking process.

MS: What is an example of the way the networks built by the LSEN have impacted local communities?

Barry: During the pilot program, our approach to field testing the LSEN was through partnerships in three geopolitically diverse states: Missouri, Colorado, and Georgia. The most exciting result thus far has been in the state of Missouri, where our LSEN partner has succeeded in setting up state level of policy fellowships. One of their great success stories has been in issuing “science notes.” They are two to four pages, focused on the science around a locally relevant policy issue. The Missouri chapter only publishes a science note by request from a lawmaker or a committee. They want to be very clear that they are not trying to push an agenda and that they are responsive to the needs of lawmakers to fill in gaps of knowledge on the science level for these issues. To date, they have published 100 science notes.

The science notes, combined with a policy fellowship program that Missouri already had in place, have really advanced the reputation of the science community. Missouri lawmakers and their staff have counted on scientists to get them the information they need to make informed decisions about policy.

Barry: Back in the anti-regulatory days of the late 1990s and early 2000s, local and state lawmakers who were opposed to regulations that protected the environment, workers, and public health felt that regulations were burdensome and costly. They passed a requirement that something called a “fiscal note” be attached to any proposed legislation that had a tax or spending implication. If there were dollars involved, then a fiscal analysis had to be conducted and attached to the bill. The clear objective there was to portray health and safety regulations as too expensive and erode support for them. It worked. The science note is a take on that, but instead of being used for overtly political reasons, our goal is to provide actionable information that lawmakers can use.

MS: What are some challenges that the LSEN has faced when aiming for nationwide participation?

Barry: In the past, before we had the LSEN, we would go into the field and do training. We would bring university students to our headquarters once a year for our Catalyzing Advocacy in Science and Engineering Workshop and other training modules. They would go back to college or to their job and we had no means in the past of staying connected with the folks that we trained. We missed an opportunity as an organization to continue to guide and build additional capacity and play a guiding and directing role. One thing I’ve changed is for you to get our free training, you must register to be a part of the LSEN. We want to continue to stay in touch with you. We want to know what you care about, what issues concern you and how we can help you form a cohort that does effective advocacy.

MS: Can you describe the goals of the training the LSEN provides?

Barry: Our training is focused on what I consider the three primary skills “buckets” of doing good engagement. The first is basic communications. It includes getting to know your audience and trying to put yourself in their shoes in terms of their values and perspectives. Secondly, basic organizing work is important if you want to scale the ladder of engagement beyond the “point and click” type of advocacy that resembles the postcard campaigns of the past to incorporate more personal engagements that build relationships with policy makers. The third bucket is effective advocacy, and this is critically important because we want to act as honest brokers where we're not advocating for or against specific legislation on any topic. It's really more about presenting scientifically accurate evidence about an important topic.

MS: What are some long-term goals for the LSEN?

Barry: I'm excited about early returns on diversifying the kinds of engagements that we're trying to facilitate, to make sure that they are local- and state-based in nature. The digital platform the LSEN uses has room for 250,000 registered users, so we've got a lot of recruitment to do. We want to expand into new markets and continue to recruit thousands of advocates and provide them with training. Our goal is to mobilize scientists and engineers across the country to effectively speak up for science in the decisions that affect their communities. Ultimately, we aim to foster long-term relationships with state and local leaders based on trust and shared values, which will lead to a future where decision-makers come to the scientists looking for the evidence.

MS: What advice do you have for scientists and engineers who want to get involved?

Barry: I think the most important advice for anybody who wants to be a change agent is to join. Join ESAL, join the LSEN, join with colleagues at your university or your place of work who are like-minded, because there's power in numbers. Identifying and joining with diverse scientists who are also interested in advocacy allows you to build a multifaceted approach for tackling whatever issue you decide to set your sights on. Once you have built a relationship and achieved a goal, decide what's next. Always have a plan B and a plan C. There's always going to be an opportunity to enlighten people.

Engineers & Scientists Acting Locally (ESAL) is a non-advocacy, non-political organization. The information in this post is for general informational purposes and does not imply an endorsement by ESAL for any political candidates, businesses, or organizations mentioned herein.
Published: 01/12/22
Updated: 02/7/22