A Force for Good: City Innovate and a Novel Government-Startup Matching Program

After six years as the Chief Innovation Officer for the Mayor of San Francisco, Jay Nath now leverages local talent to fix city, state, and regional problems as the co-executive director of City Innovate. Based in San Francisco, City Innovate has a novel premise: they match start-ups with local government via a startup in residence program (STIR) to form technologically savvy collaborations. STIR graduates have solved problems from garbage overflow to cumbersome foster care paperwork. City Innovate’s mission is to show that “government can be a force for good, and that the best way to address the challenges we face in our communities is by working together across government, sectors, and cities.”

CK: Can you describe what City Innovate aims to do, and what the start-up in residence program is about?

Nath: Our goal is to help governments across the U.S. address the challenges that they're facing in their communities by thoughtfully integrating emerging technologies. We do that primarily through our startup in residence program. The idea behind STIR is that there are many challenges and needs in our communities, but we don't always have the capacity or tools to help address them. At the same time, we have so much amazing talent in our communities locally, nationally, and globally. With STIR, we bring those challenges through a streamlined procurement process to match them with innovators and startups.

CK: Some folks these days are suspicious, or at least skeptical, of government. Why do you believe that government can be a force for good?

Nath: Democracy and government are organizing principles for our society in the U.S. The institutions of government, collectively, enable and help realize the potential of society and individuals. We believe that government can be a force for good, but it's not necessarily always a force for good, so we want to help create a government that can be more effective, more responsive, and more equitable. I would also say that while there has been an erosion of trust in institutions broadly and government specifically, it's happened less at the local level. There's still quite a bit of trust that people have in their own communities. I think there is more accountability and more opportunity to engage directly with local government on the issues. 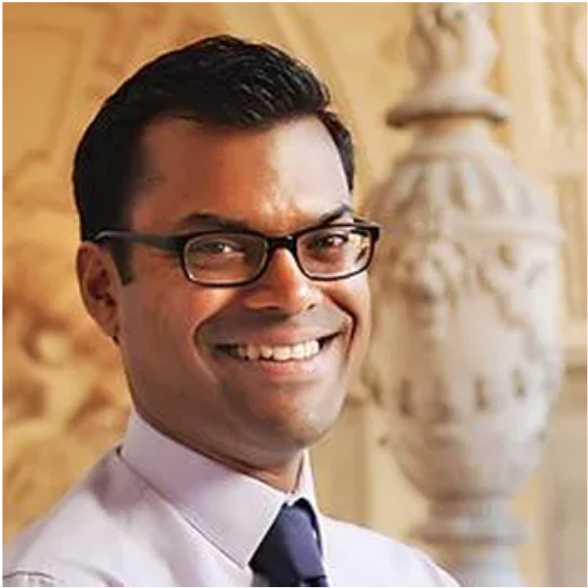 CK: What kinds of projects has City Innovate supported?

Nath: In our most recent cohort that wrapped up in the summer of 2018, we were able to bring a company, Nordsense, to work with San Francisco’s public works agency to help reduce overflowing litter from public trash cans. They placed sensors into trash bins that alerted the trash collection company prior to overflow. Not only did that reduce overflowing trash cans, but it also created an understanding of where the trash cans are, which was an issue. It also created an understanding with the trash collection company about their service agreements. Prior to this technology being deployed, there were no data that could hold them accountable for whether or not they actually did that work. We created transparency, and also dynamic routing that reduces carbon emissions during garbage collection. It was a smart way of deploying resources and scheduling those resources more effectively.

Another example that we love to share is a company called Binti that helps connect foster kids with families. Binti streamlined that process to increase the overall capacity by 300 percent and reduce the amount of time to enroll a new family from multiple months down to one month. They have been very successful in raising capital and in scaling the solution out to more than 60 counties and states. It's been great to see their success.

CK: What makes for a successful pairing of a start-up with government?

Nath: It’s a couple of things. One is these are important, high-priority problems. If you are working on peripheral issues, even the best solution will only have minimal impact. It's important that we identify challenges and opportunities where we can have high impact. Second, we have really capable innovators with the ability to take new approaches to solving problems. They can actually execute and then take their solutions to other jurisdictions. The third piece is that there is a commitment and the right people on the government side with the right level of executive support and the right level of talent around project management and technical management. It's not about outsourcing work to startups, it's about working hand in hand to solve problems.

Engineers & Scientists Acting Locally (ESAL) is a non-advocacy, non-political organization. The information in this post is for general informational purposes and does not imply an endorsement by ESAL for any political candidates, businesses, or organizations mentioned herein.
Published: 01/13/19
Updated: 07/9/22