Scientists as Citizens: ESAL at the 2019 Science Policy Symposium 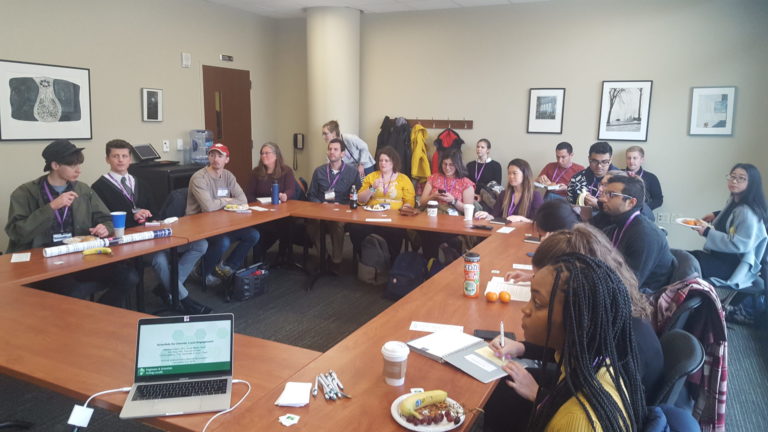 On November 1 and 2, ESAL presented workshops on local engagement at the National Science Policy Network’s 2019 Science Policy Symposium at the University of Wisconsin-Madison. NSPN is a nationwide group of early-career researchers interested in science policy.

The symposium’s theme was Leveraging Science and Technology to Benefit Marginalized Populations. Keynote sessions included discussions on the need for diverse representation in research (both among the researchers and the communities being studied) and disparities in translating biomedical research to accessible treatments. Other talks, panels, and workshops covered topics such as social media use in science policy, the connections between science and identity, and the role of nonprofits in public outreach.

Matthew Diasio, Christopher Jackson, and ESAL Chair Arti Garg led two sessions of a workshop on “Scientists as Citizens: Local Government Engagement for Scientists & Engineers.” Diasio and Jackson are ESAL volunteers, and also attended the symposium as part of their NSPN chapters at the University of Virginia and University of California, Berkeley. Garg discussed ESAL’s mission and opportunities for involvement in local government, such as citizen boards and commissions. Diasio went over how to host a Civic Engagement Happy Hour and Jackson talked about how to advocate for policies in state legislatures, introducing ESAL’s newest Local Engagement Playbook guide. Workshop participants were given time to brainstorm how they or their groups could be involved in their local communities. 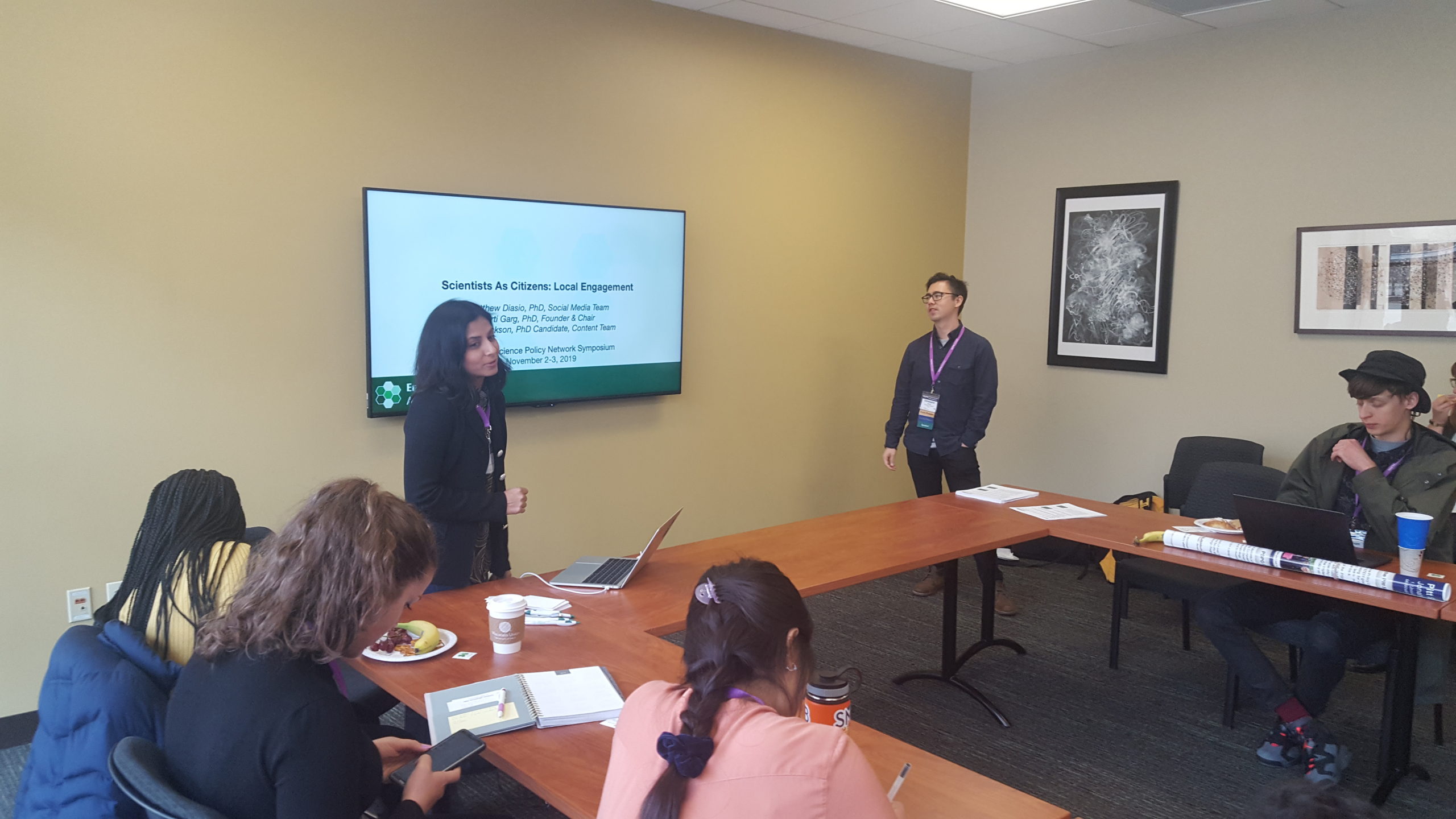 Local STEM engagement was a popular topic at the symposium, and both of ESAL’s workshop sessions were standing room only. The related poster session and flash talks included many presentations from groups about how they work or advocate in their communities, from “pro bono” science consulting for advocacy groups to informal science communication events. One of the winning posters was about developing a new state-level science policy fellowship in Virginia, and the Science Policy Initiative at Notre Dame won an NSPN microgrant to work on developing a science policy fellowship in Indiana’s government. We’re excited to see how NSPN members across the country #EngageLocal in the coming year!

ESAL Events
Outreach
Engineers & Scientists Acting Locally (ESAL) is a non-advocacy, non-political organization. The information in this post is for general informational purposes and does not imply an endorsement by ESAL for any political candidates, businesses, or organizations mentioned herein.
Published: 12/12/19
Updated: 09/14/22