SOHA HOOD
Our "Postcards" series shares the experiences of engineers and scientists who are taking early steps toward local engagement.
Share this article

Tell us about yourself: Ginny Delaney, Hayward, California, Ph.D. in Microbiology

As a couple of scientists looking for jobs, the Bay Area was a great place to land for my husband and myself! Having completed a Ph.D. in Molecular Biology at Cornell Medical College and an American Association for the Advancement of Science (AAAS) Science and Technology Policy Fellowship in DC, I was ready for a west coast adventure. My husband works at a biotechnology company in the South Bay, and I work in the East Bay. We bought a home in the centrally located community of Hayward after renting an apartment in Berkeley for 8 years. 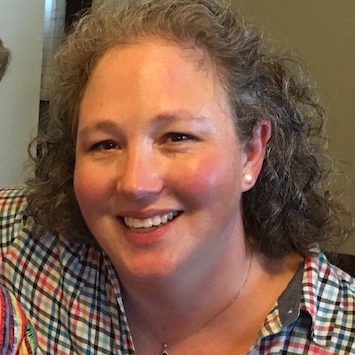 How did you engage: I applied for appointment to a city task force.

The neighborhood we settled in was owned by the state for over 40 years and was neglected and blighted. With the sale of the historic homes to new owners and developers, we were confident that the neighborhood would change. But old habits of illegal dumping, littering, and vandalism die slowly. Frustrated with the lack of clean up by the city, we began by chatting with city workers. They connected us with officials who could help answer our questions about how to clean up our neighborhood. When I saw on NextDoor that a position was open on the Keep Hayward Clean and Green Task Force, it seemed like a natural way to extend my interest.

What were the steps: I applied online and then interviewed with the Task Force and my City Council.

The application process was simple, asking me to explain the ways I had worked in public service in the past. With my DC experience and volunteering in science education, I had plenty to fill the slots. But I had to wonder how my scholarly research in molecular biology would translate to a task force focused on cleaning and beautifying the community. So, instead, I ended up focusing on project planning, data analysis, and my hobby of gardening as strengths I’d bring to the task force. After the application period closed, I was contacted for an interview with the task force, then with the City Council. I was so nervous to meet these community leaders until I realized that they were just like me... people who wanted to serve the city and to make it a better place to live.

What was it like: It’s been a lot of fun so far!

Since being appointed, I’ve attended a city council meeting where I encountered an interesting cross section of the community; a monthly meeting with the lively and friendly members of the Task Force; and a clean up event where I spoke to grateful neighbors and city council members who were digging and mulching along side me. I’ve already learned about ways I can get the city's support to create an Adopt-a-Block program in my neighborhood, and when I inwardly curse the pervasive litter on my street, at least I know that I'm in good company.

Engineers & Scientists Acting Locally (ESAL) is a non-advocacy, non-political organization. The information in this post is for general informational purposes and does not imply an endorsement by ESAL for any political candidates, businesses, or organizations mentioned herein.
Published: 12/11/17
Updated: 02/7/22