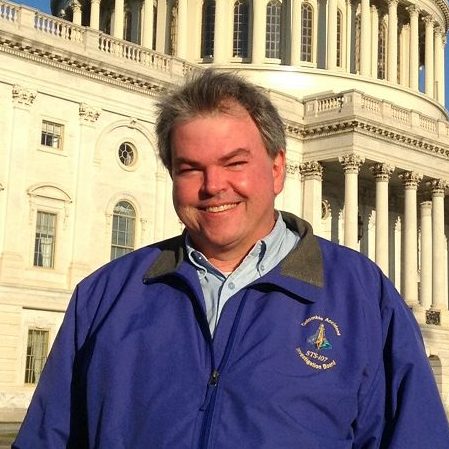 Robert G. Kennedy III, PE.
Our "Stories from the field" series shares the experiences of engineers and scientists who are making a difference in their communities.
Share this article

Robert G. Kennedy III, PE, has long viewed civic engagement and technical expertise as balanced components in a well-rounded career. In the mid-90s, with support from the American Society of Mechanical Engineers (ASME), he was a Congressional Fellow in the U.S. House of Representatives where he worked on space issues, such as remote sensing and Milstar. Shortly after his Fellowship ended, Kennedy moved to Oak Ridge, Tennessee, where he focused on topics that were much closer to home. Since 2008, he has served on his city’s Environmental Quality Advisory Board (EQAB) and is currently the board’s chair. ESAL caught up with Kennedy to discuss his path from global to local policy.

CS: What makes public policy a good fit with your background in engineering?

Kennedy: I’ve been a student of history since I was a little boy, and I always thought that the ideal public servant would be a renaissance person trained in both science and art. I’m not saying this just because it’s my field, but mechanical engineering is about the most general and broadest technical foundation that one could hope to have. My technical society, ASME, made it clear since their inception that they would accept all comers. They’re expansive and want to support people who bridge the worlds of science and art.

CS: You had some early career experience in federal policy, but for more than a decade have been working on a city-level board. How did you get involved at the local level?

Kennedy: About eleven years ago I started working on green energy, which means solar, wind, hydro, geothermal, biomass, and, especially here in Oak Ridge, nuclear. I wanted to get solar power going in the city, and the municipal electric department said they said it's too much hassle and it wasn’t worth it, which I knew wasn’t true anymore. So I said to myself, “we’ll see about that!”

I went directly to our City Council. I didn’t talk much about solar technology – I talked about money instead. I talked about the revenue you get from solar per square foot and compared it to the far smaller amount per square foot per year you get from property tax. You could see a light bulb go off in their heads. The mayor turned to the head of the electric department and says, “you will join Generation Partners,” which is a program that creates incentives for solar installations. Then he turns to me and says, “you will go on EQAB.”

CS: During the time you’ve been on the board, what have been some of EQAB’s other accomplishments?

Kennedy: We wrote the city's Climate Action Plan. I was the principal technical author and was very proud of the aggressive greenhouse gas reduction targets. It wasn’t just a report that sat on the shelf – our City Council adopted it. Legally, city councils are considered legislative bodies, so it’s binding. Our target is 80 percent reduction by the year 2050 and we're actually ahead of the flight path.

We helped get single-stream recycling in this town [single-stream is where you throw everything into a common bin and a machine sorts it later], and that's responsible for about 4,000 tons of avoided greenhouse gas emission. We’re the first city in the entire Southeast to do that.

Our board also functions as the ‘tree board’. We’re not arborists, but we have the policy responsibility to look after the urban forest. Our big fight this year has been with the U.S. Department of Energy who wants to build another nuclear waste dump in reserved areas.

CS: What is the working relationship between City Council and your board?

Kennedy: When we're developing ideas, we talk to Council all the time, both officially in work sessions and unofficially. We let them know what we're interested in, and they let us know about their priorities. If we have the bandwidth, we’ll include those priorities in our work. It’s very much a respectful dialogue.

CS: Do you have any tips for being effective when you’re on a board?

Kennedy: Three things. The first is to not waste people's time. Run the meetings expeditiously. Second, when you write something, always put a summary in front. The executive summary is probably all that the recipient will ever read. The third thing is to remember that you don't do anything entirely by yourself. Gather a team of volunteers, give them a mission, and then get out of their way because volunteers hate being micromanaged. Once you've figured out that you have somebody good and you trust them, show that trust by empowering them to take action.

CS: Finally, why do you think it’s important for scientists and engineers to get involved in their communities?

Kennedy: Civics isn’t just nice to have – it’s vital for real democracy to work. A lot of the people who are doing it now are getting older, and we need the next generation to learn the machinery of self-governance and get involved to make our system work.

Engineers & Scientists Acting Locally (ESAL) is a non-advocacy, non-political organization. The information in this post is for general informational purposes and does not imply an endorsement by ESAL for any political candidates, businesses, or organizations mentioned herein.
Published: 12/23/18
Updated: 07/31/22