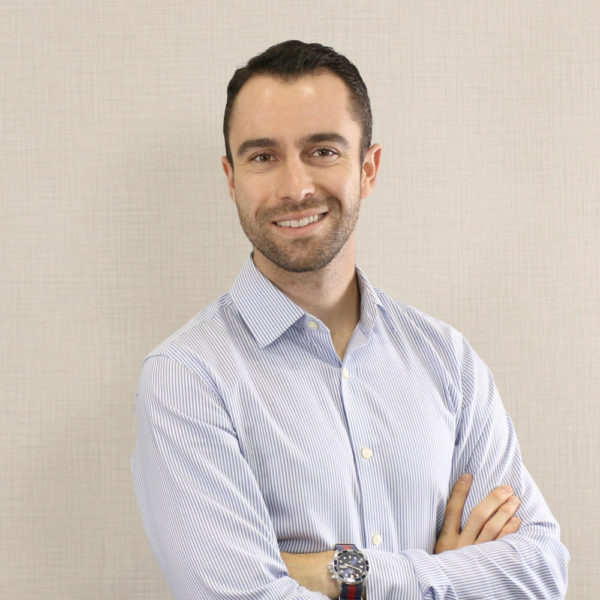 Alex Luce volunteers his expertise on Berkeley's Energy Commission.
Our "Stories from the field" series shares the experiences of engineers and scientists who are making a difference in their communities.
Share this article

Alex Luce, who in 2015 earned a Ph.D. in materials science and engineering from UC Berkeley, volunteers his expertise on Berkeley’s Energy Commission. Since his days as doctoral student, Luce has been drawn to the sector’s interdisciplinary challenges and has parlayed his technical training into the business and policy of energy technology. Luce currently works as a venture capitalist in San Francisco and previously was a program manager on the California Clean Energy Fund.

CK: What’s the purpose of the Energy Commission and what has been your role?

Luce: I've been on the Berkeley Energy Commission for two years. The Commission is focused on helping the City of Berkeley achieve its climate and energy goals. The city has a climate action plan that we weigh in on, like a number of other organizations, and then we help keep Berkeley on track. We also respond to any questions that the city council might have about energy issues. We don't make policy decisions, but we can make policy recommendations.

CK: Tell us about a project you’ve worked on.

Luce: One of the things we looked at, and continue to look at, is the climate impact of ride-hailing services like Uber and Lyft. Recently people have been asking questions, our commission included, about the impact on carbon emissions when people choose certain modes of transportation. On one hand, you could hear an argument that maybe it takes cars off the road or you might spend less time driving in your car. On the other hand, there's the argument that a car is still being driven and then fewer people end up taking lower carbon transportation options like public transit, or just walking or biking.

That was one of the questions we wanted to explore. It turns out a lot of really relevant and useful primary research had been done by folks at UC Davis and UC Berkeley. When cities have more and more people taking ride hailing services, the net carbon emissions actually increase on the order of six or seven percent. It ends up being really significant. We are wondering if anything should be done from a policy perspective to mitigate those emissions. It’s an open question right now.

CK: What has been the biggest challenge associated with this work?

Luce: Renewable energy is not a controversial topic in Berkeley, you know? I think one of the challenges is turning all the exuberance and excitement about the topic towards practical strategies and recommendations. It's difficult to make energy transitions, and sometimes there is confusion about the real-world aspects of implementation. For example, if you wanted to introduce a measure to get 100 percent of the energy to be generated by solar power, that would be practically impossible to do. The storage would need to be really incredible.

CK: How did you deal with that exuberance?

Luce: I take a very measured approach with data. It’s part of why the Energy Commission exists. Everyone on the Commission has a different background. There are some people with Ph.D.s, but there are also people in other really relevant fields like architecture or computer engineering. It's really a multitude of backgrounds, which is great to have on the commission because energy is such an interdisciplinary topic. For instance, if you're thinking about measures that might affect the deployment of solar power, it turns out there's an important architectural angle.

CK: What have you learned from being on the Commission?

Luce: Up until this role, I had very little direct experience with city or local government. Now I have a much better overall understanding about how it works. People on the outside might think, “oh, that's a really slow process,” or “things take a really long time.” But it turns out there are a lot of reasons for that. It's designed in such a way that broadly make sense under the constraints that it has.

CK: What advice do you have for those getting started in this area?

Luce: I highly recommend getting engaged with a commission. People with science backgrounds can, in particular, add a lot of value to them. There are so many different topics that you can find something that you're interested in or interested in learning more about. There is a lot of natural turnover when new city councilors get elected as they often bring in entirely new commission appointees. So I’d recommend that you get to know who your city counselor is, get to know what commissions are out there, and then go to a meeting or two. See if it’s interesting and then build a relationship if it’s something you want to try doing.

Engineers & Scientists Acting Locally (ESAL) is a non-advocacy, non-political organization. The information in this post is for general informational purposes and does not imply an endorsement by ESAL for any political candidates, businesses, or organizations mentioned herein.
Published: 01/28/19
Updated: 07/10/22

Serving on a Citizens’ Advisory Committee
Fish Passage in Alaska
All Politics Are Local
Mechanical Engineer Helps Launch a Regional Science Center
Local Commission Provides Gateway to Politics for Biologist
New York Academy of Sciences: NY Scientist’s Varied Career Leads Back to the Big Apple and Climate Challenges
Applying Systems Knowledge to a School Board
Running for Office as an Engineer
Joining an Advisory Board or Commission
Learning about Local Development Priorities