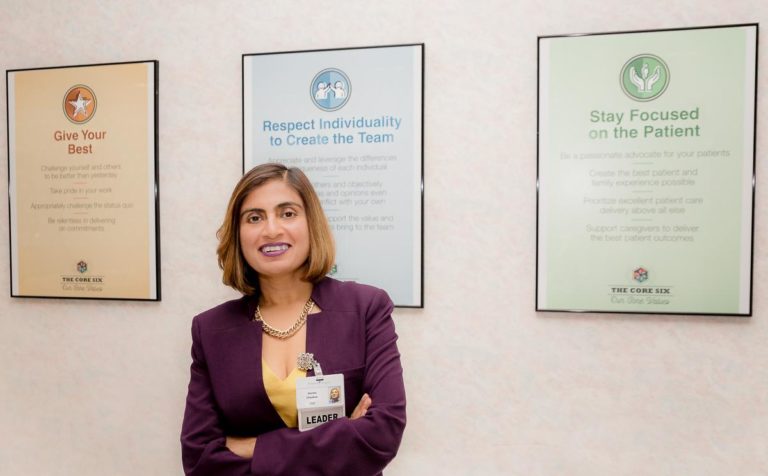 Varsha Chauhan graduated as a physician from India and joined the University of Urbana-Champaign to complete a master's in computer science, and shortly after a master’s in healthcare administration. She has a wide-ranging background in public health, health IT, and health systems administration, alongside having held numerous roles inclusive of CEO, Chief of Health, executive director, city commissioner, and most recently she was elected Board member of Eden Health District. ESAL interviewed Chauhan to learn more about how she has woven government and community engagement throughout her career.

RD: How did you get to where you are today?

Chauhan: Due to digital evolution in the 90’s, I decided to move from medicine to computers as the health IT field began to emerge. I became interested in this area following my work in a free health clinic serving homeless folk, located in San Francisco. My experience at the ground level was extremely eye-opening and I could see the work that was needed to develop healthcare systems to ensure accessibility to all patients. I then worked as a director to improve the quality of care, before moving to chief operating officer where I helped with the implementation of electronic health records (EHRs) in a variety of clinics. Shortly after, I became an executive director for Alameda County where my focus pivoted to supporting the entire county health system. Thereafter, I joined the state of Oregon as chief health officer, where I worked to bring back the Medicaid system to support the 1.5 million people in the state without health insurance. At present, I work for a long-term acute care hospital as CEO for the past three years in the Bay Area.

RD: Given your diverse background, how did you become interested in engaging outside STEM?

Chauhan: I became curious about opportunities in the healthcare world and started becoming more proactive in searching for them. I undertook classes and obtained experience to become a Lean Six Sigma Master Black Belt – which is a methodology that aims to promote an environment of continuous process improvement with a focus on eliminating defects, variation, and waste. Furthermore, in the 90’s people were talking about EHR’s, but this was still something that was being passed on. It was one of the main reasons I started to become engaged outside of STEM, as I believed at some point healthcare would need to integrate with health IT.

RD: How did you become involved in policy and community engagement?

Chauhan: I had always shied away from politics, as I was not a political person. However, once I was on the other side of the table and working for the state, I was able to use my training and experience to help improve things. Also, may I add, it does not necessarily have to be healthcare, you can support policy efforts in any domain!

As I have been running a hospital – which requires managing people as well as billions of dollars – aspects such as financial planning were extremely important. When I finished studying my master’s I decided I did not want a conventional STEM job, and that is when I started looking for opportunities in the community. This is where I came across the community services commission, and once I got into that, I ran for election to become a Board Member for the Eden township district. I was successful in this endeavor and was elected late last year. It was just one door after another, and that is how it happened. I just want to do something more!

RD: How did you get inspired to take on this work?

Chauhan: The inspiration came from listening to the stories of those people who could not get health insurance during my work as chief of health. I learnt firsthand how the lack of an inclusive system impacted numerous lives. This was definitely the driving force. Having learnt how there were communities that I could support and contribute to, I decided to take this route.

RD: Where do you picture yourself in 5 to 10 years?

Chauhan: There are dreams and there are visions. I never thought I would be running a campaign, let alone winning. When I look to the future, I want to be in a position where I can bring to the forefront the needs of the people in healthcare and those who need mental health support.

On the other hand, I have a passion for animals. From my travels I have seen dogs on the streets who had suffered abuse. I hope to go and buy land and help open shelters in such countries to rescue these animals. It is something I have wanted to do for years!

RD: What advice do you have for other scientists and engineers who wish to get involved?

Chauhan: Healthcare is a very complex system, and it does not have to be that way. There is so much fragmentation and breakdown in communication, which makes the experience in healthcare unpleasant. At present, the progress within healthcare towards harmonization is slow, however steps are being taken to create a coordinated healthcare system throughout the country. Thus, alongside their current work, scientists and engineers could endeavor to look into coordination tools that would help healthcare coordinate.

Engineers & Scientists Acting Locally (ESAL) is a non-advocacy, non-political organization. The information in this post is for general informational purposes and does not imply an endorsement by ESAL for any political candidates, businesses, or organizations mentioned herein.
Published: 01/27/21
Updated: 02/7/22