Applying Systems Knowledge to a School Board 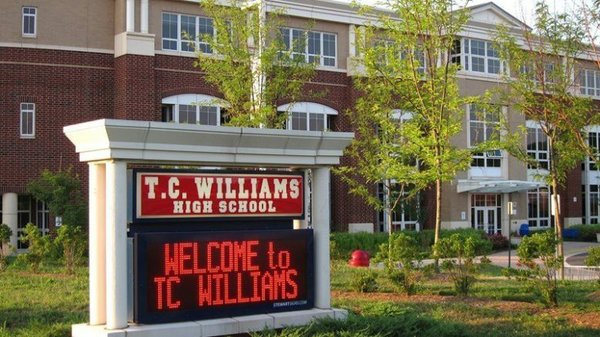 The City of Alexandria's racially diverse public high school was featured in the movie 'Remember the Titans' about the 1971 racial integration of the football team.
Our "Stories from the field" series shares the experiences of engineers and scientists who are making a difference in their communities.
Share this article

Henry (Hal) Cardwell, who earned a Ph.D. in geography and environmental engineering from Johns Hopkins University, has always been interested in systems. He recently finished a 3-year term as an elected school board official in the City of Alexandria, VA, applying this interest to a school district with 15,000 students. Cardwell currently heads up the US Army Corps of Engineers’ Collaboration and Public Participation Center of Expertise. In this capacity, he directs technical assistance and training in public participation, risk communication, conflict resolution, and collaborative modeling for decision support. Cardwell is a former AAAS Science and Technology Fellow, where he applied his systems engineering expertise to international water issues, including management of the Panama Canal Watershed.

DR: I know that you have recently been on the City of Alexandria School Board. Can you tell us about your role there?

Cardwell: The School Board’s role is one of oversight of policy and budget, the two main levers that you can pull to make changes. People may think that a school board gets down into daily operations at the classroom level, but our job was to stay at this higher level.

DR: When did you first get interested in local policy-making?

Cardwell: Because I grew inside the beltway with the Washington Post as my daily newspaper, I did not realize until I was in my teens that there was a difference between national and local politics. But, I’ve always been interested in government as a way to make a difference. When I moved back to Alexandria, VA, I became friends with people active in local politics, which piqued my interest in getting involved.

DR: So you ran for the school board of your hometown, Alexandria?

Cardwell: Yes, my kids attended school in the same school district I graduated from, the Alexandria City Public Schools. I was first on the PTA for four years, including as president. Then, I got a phone call from a former PTA volunteer who was chairing the School Board. She said “Hal, we need someone else to run for the school board, and I think you’d do a great job.”

DR: Had you ever run for elected office before?

Cardwell: Just for vice president of my senior class in high school, which I lost.

DR: But, this time you won. Was it a difficult race?

Cardwell: It wasn’t a race at all, because I was unopposed. I ran no campaign. Rather, I was interviewed, responded to questionnaires for the newspaper, and participated in candidate forums.

DR: How did the fact that you are an engineer play a role in your motivation to run for a school board position?

Cardwell: I already had an environmental engineering and public policy orientation in my work. I’ve always thought that the best way to effect policy change is to bring a technical understanding to address problems of the day.

DR: On the school board, did you find that your technical background made a difference in the way you handled issues?

Cardwell: I think, overall, the analytic capabilities that engineers and scientists have are useful on a policy-making board because you are gathering evidence towards a hypothesis that you can prove or refute with data, towards making decisions.

DR: Could you give us an example?

Cardwell: During my board tenure, we had to redistrict the elementary schools. I served on the subcommittee, which called on my background in public participation from my current work at the Army Corps of Engineers. Also, thanks to my Ph.D., I could participate in the geospatial analysis of demographic data to help determine optimal school zone boundaries.

DR: I know that your career in engineering has evolved towards a unique public participation role at the Institute for Water Resources. Has your work on the school board tapped into that?

Cardwell: It clearly did. My career has evolved from using mathematical models to analyze policy alternative for water resources, to understanding the importance of values and institutional aspects of water resources management. The school board work also required engaging the public around values related to public policy decisions.

DR: Looking back on the investments you made on the Board, how do you feel you were most effective?

Cardwell: We did various studies of different aspects of the school system. Our job was to crosswalk the recommendations from the study reports with what the superintendent proposed. I was able to push for deeper understanding of some of the commissioned studies.

DR: Did you have a shining moment, something you’re really proud of?

Cardwell: I am proud that I added funding to the budget for programs to serve at-risk youth identified as gifted or talented, addressing some of the equity issues in our community.

DR: That’s exciting. What about challenges? What do you wish you had been trained in to be more effective on this school board?

Cardwell: I think that a background as a community organizer would have better prepared me for the job. Also, I was on a learning curve regarding how communication happens within a board, subject to restrictions imposed by the Freedom of Information Act. You could only speak with your colleagues in public on the record, a constraint I had to get used to.

DR: What would you tell colleagues about running for a local elected office?

Cardwell: It was a very worthwhile use of my time, and I learned a lot. I think a scientist or engineering who is considering running should first look at how their local government works in terms of roles. I’d recommend studying up on an issue you are interested in, and then just emailing or calling local government officials about getting involved, such as on a committee.

DR: Having been on the other side of it, do you feel that local government officials tend to make themselves available?

DR: Are you thinking of running for another elected office at some juncture?

Cardwell: I could see myself getting involved again on school board issues, or it might be fun to get on a House or Senate committee and serve at a national level.

Cardwell: I think that the scientific mentality is useful because you are accustomed to being an objective observer and making decisions based on data. You can take an analytics-first perspective.

Engineers & Scientists Acting Locally (ESAL) is a non-advocacy, non-political organization. The information in this post is for general informational purposes and does not imply an endorsement by ESAL for any political candidates, businesses, or organizations mentioned herein.
Published: 05/26/19
Updated: 08/16/22

Addressing Climate Change through City Government
International Innovations Benefit Northern Virginia Communities
Audrey Lee Reflects on the Arc of Her Career in Energy Policy
Local Commission Provides Gateway to Politics for Biologist
‘Running for office takes a lot of guts’: 314 Action and the case for electing scientists to local government
Joining an Advisory Board or Commission
Swimming Against the Current: Innovation in Water Technology and Policy
An Engineer's Path to City Council
Joining a City Task Force
All Politics Are Local