The American Association for the Advancement of Science (AAAS) featured an interview with ESAL Founder & Chair, Arti Garg, in the Mar-Apr issue of Fellowship Focus, the newsletter of the Science & Technology Policy Fellowships (STPF). The interview is reprinted below with permission. 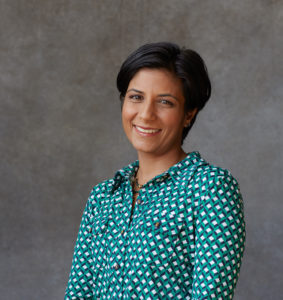 Q: What prompted you to create Engineers and Scientists Acting Locally (ESAL)?

Arti Garg: I have used an [AAAS Science & Technology Policy Fellowship] STPF alumni fellows’ listserv in the past to get information to help my city government, and I realized we could formalize that type of communication to help people become more involved in local issues. I’ve heard from STEM-trained professionals who want to be more active in their communities, but they lack the knowledge of how to do it. ESAL was designed to give people more information about ways to be involved and to build a community of people interested in local civic engagement for sharing and discussing ideas.

Q: What kinds of things can people do?

AG: People can start by applying to join a city commission – that’s where I started. It’s not so hard to run for city council or a city or local office, like a school board. We have former fellows who are serving as advisors to their city governments on a volunteer basis. Some people volunteer with after-school programs – the potential for how people can be involved is very diverse. [We also want] to make people more aware of local issues and how they might have some intersection with their work, like digital government.

Q: What have you learned from serving on the Hayward city task force?

AG: It’s been an interesting lesson for me, because as a member I contributed ideas, but I’ve also been called on to just contribute a set of hands, like everybody else on the task force. We organize monthly events, and you literally just have to show up and do things. I think it’s valuable to recognize that my contributions don’t have to be unique or about my technical background – it’s about being part of the community.

Q: Do you plan to work with other groups that are encouraging scientists and engineers to run for office and help defend science?

AG: We have been in touch with other groups, but ESAL is focused on community-building rather than consensus-building. So while we may be a venue for them to reach a broad group of scientists and engineers who may want more information or ways to focus on a particular issue, I want to differentiate between getting people engaged and focusing on a specific outcome. We shouldn’t underemphasize the importance of doing the first.

Q: Have many people have joined ESAL so far?

AG: We’ve mainly focused our outreach efforts in the AAAS community so far – we’re just getting off the ground. Our mailing list is about 100 people. We had our first event last month in Oakland. Our next event will be at San Francisco City Hall.

Boards and Commissions
ESAL news
Local Engagement
Engineers & Scientists Acting Locally (ESAL) is a non-advocacy, non-political organization. The information in this post is for general informational purposes and does not imply an endorsement by ESAL for any political candidates, businesses, or organizations mentioned herein.
Published: 05/10/17
Updated: 09/14/22