‘Running for office takes a lot of guts’: 314 Action and the case for electing scientists to local government 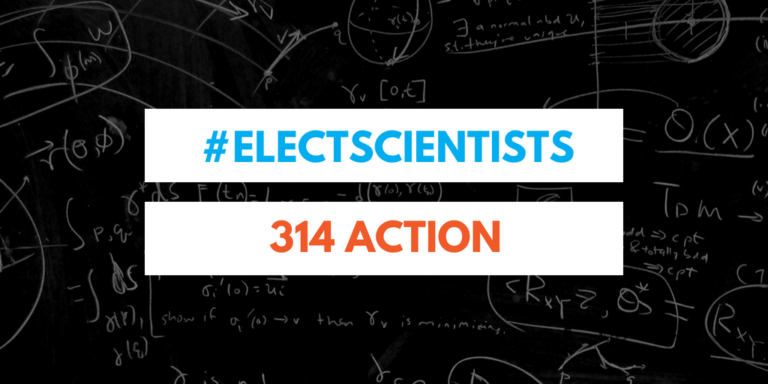 314 Action
Our “Local STEM” series highlights local government and community initiatives and organizations in areas that relate to STEM.
Share this article

In 2014, chemist and entrepreneur Shaughnessy Naughton ran for U.S. Congress in Pennsylvania’s 8th District. Despite having no prior political experience, she came within two percentage points of winning the Democratic primary. Although her campaign was ultimately unsuccessful, she has since created a formidable organization, 314 Action, to elect those with STEM backgrounds and pro-science agendas to local, state, and federal office. Through 314 Action, scientists, engineers, and physicians learn how to run competitive – and victorious – campaigns. Alums have changed not just the dialogue around STEM issues, but, once elected, have also brought expertise and rigor to solve problems ranging from raising the minimum wage to minimizing veteran homelessness. Naughton spoke to ESAL about recent success stories and the organization’s future directions.

CK: How did 314 Action come together?

Naughton: 314 is named after the first three digits of pi, which is a nod to what we're trying to do to get scientists and engineers involved in electoral politics. This grew out of my own experience. I'm a chemist by training and in 2014 I decided to run out of frustration and aggravation with the misplaced priorities and lack of action. What I learned was that it's really hard to break into politics when you don't come from a traditional political background, such as law or business, and that there's a real lack of diversity among elected officials. When I ran, I received a lot of support from the greater scientific community, who made the case that we need more analytical thinkers. After my run, which wasn’t wasn't successful, I decided to found 314 Action to give scientists a peek behind the curtain as to what's actually involved in running for office, and to show them how to do it. 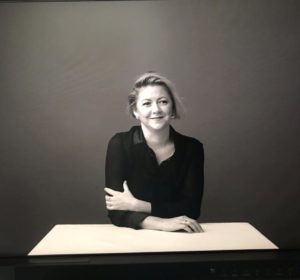 Naughton: We recruit, train, and elect scientists - our criteria are a STEM background and a pro-science agenda. Our trainings are open to scientists, engineers, and physicians, and go over the A to Z of how to run for office. It's not just for federal office - there are 500,000 elected positions in this country. Not all of them require the commitment of a federal office. We particularly focus on communications. The way scientists talk to each other is different than how we need to communicate with the general public.

We also work to recruit candidates. We identify districts where the incumbent has a particularly bad stance on issues that we care about, particularly around climate. Then we recruit strong candidates to challenge them. We provide a lot of logistical support for getting campaigns started. Sometimes folks reach out to us as well. Starting a campaign for federal office is like starting a business: you want to raise money and not spend it. We do whatever we can to help them hire staff, put together a media strategy, and put together campaign plans. We have a grassroots network of over a million people that help to make this happen.

Naughton: I know we had about 400 people with STEM backgrounds running in 2018. The number actually elected was 109. But it’s not enough. I think scientists holding elected positions are really important if you look to Washington and the dysfunction there. The House has passed hundreds of bills this year, but they go to die in the Senate. So we really need to look to state and local government to accomplish almost anything. State and local governments can do an incredible amount of really good work on education, on healthcare, on climate, on infrastructure, even on minimum wage and cybersecurity or privacy.

CK: What unique contribution can those with STEM backgrounds make when they participate in local government?

Naughton: A physicist, who we supported and who is now serving in office, is one example of someone who really demonstrates what STEM folks bring to the legislative process. He tells this great story about one of his first days serving in the State Assembly. They were having a meeting with the legislators to talk about raising the minimum wage to $15 an hour. So he raises his hands and he says, “How’d you come up with $15 an hour? Where’d that number come from?” And it was blank stares. And he says, “How did you decide how quickly we get to $15 an hour?” He wasn’t saying we shouldn’t raise minimum wage. He was just asking the kind of question that I would expect a scientist to ask. And again, he gets blank stares. So he said, “We have the world’s leading expert on minimum wage at Princeton University. Did anybody contact him? He just put out a paper on how to raise the minimum wage. Did anybody read it?” And this is why you are needed. When you think about municipal government, city planning, public transportation, and our invisible infrastructure consisting of water, water systems and sewage systems, we need engineers and scientists who look at the data, look at the reports, read them, and understand them. It’s incredibly valuable.

CK: What’s another success story that demonstrates this importance?

Naughton: Another aspect is bringing in a diversity of experience. There's nothing wrong with lawyers as legislators, but if you only have lawyers at the table making the decision it skews how things are approached, and what's even looked at.

Another person who is doing amazing work is Dr. Valerie Arkoosh. She's a physician, has a masters of public health, and now serves as the chair of her Montgomery County Board of Commissioners. Montgomery County is just outside of Philadelphia and it has 900,000 people. It has the budget of a small country. There’s a three-member board that oversees the governing of the county. In Pennsylvania, election voting booths are chosen at the county level. Going into 2020 and thinking about the importance of the vote, there was a mandate to get new machines. Dr. Arkoosh took a very analytical approach. She talked to the experts in the field and made sure that they had a verifiable paper ballot with an audit system to ensure that the vote is accurate. They implemented it in the 2019 primary so that the election workers and voters would have three full opportunities to vote on those machines before the 2020 presidential election. She’s taken a very pragmatic approach to governing and getting things done. They also made reducing veteran's homelessness a priority, and in two years they virtually eliminated it. They reduced street homelessness by over 50% by taking a housing first approach. I would love to see more legislators do what she’s done by being willing to look at the data and not be blinded by ideology.

CK: What are some of 314 Action’s biggest opportunities going forward?

Naughton: I would like an engineer or scientist serving on every school board in the country. It's not just about STEM education. It's about how resources are utilized, what type of health education is taught.

At the state level, there is the constitutionally-mandated census that happens in 2020. After that, redistricting for state and federal districts is incredibly important. Both sides are guilty of the gerrymandering, which is a disservice to our country. In Texas, Democrats are nine seats shy of taking over the state assembly. Although it's described as a red state, the vote breaks down 53% to 47% Republican to Democrat. That's not a huge gap. Yet the congressional delegation is 75% Republican and 25% Democrat because of the gerrymandering. If Democrats win nine seats in the state assembly, they have a better chance of getting a fair map, which affects Texas, and also affects the rest of the country too.

CK: Any other reflections on the importance of scientists participating in local government?

Naughton: Running for office takes a lot of guts. It's hard and the basic math tells you that you're probably going to lose. But it’s significant when you run a credible campaign and talk about issues that are important to you and important to your community. You affect the dialogue. We have too many people in elected office denying the scientific consensus on climate or other issues that are pretty straightforward. But that can change because politicians are in the business of self-preservation. When it becomes difficult for them to get reelected because of their denial on climate change, they will stop doing it. But too often they go challenged. It really is incumbent upon all of us to call out our legislators when they are taking positions that they shouldn't be, as well as recognizing them when they do something good.

What I like to point out to young people is that you can contact your legislators. Even the most anti-science legislator knows how to count and they count the phone calls that come into their office for and against an issue. So if there is something local going on that you think needs attention, call your legislators. Scientists especially have a unique ability to be able to reach out to either them or their staff and say, look, I'm an expert on this, or I understand this issue that's happening locally. I would like to work with you on this or tell you more about it, and just start with establishing the relationship. Then when there is an issue that comes up, you've established trust so they feel comfortable to reach out to you. It's a very good way to effect change at the local level.

Engineers & Scientists Acting Locally (ESAL) is a non-advocacy, non-political organization. The information in this post is for general informational purposes and does not imply an endorsement by ESAL for any political candidates, businesses, or organizations mentioned herein.
Published: 04/12/20
Updated: 08/16/22