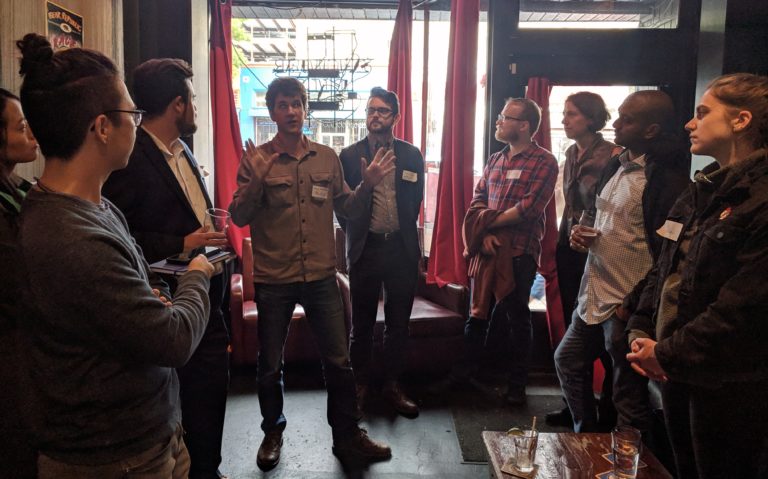 Alex Sharenko shares about his experience as a scientist on the Berkeley Zero Waste Commission.
Share this article

On May 8, four scientists and engineers shared their insights on community engagement at an ESAL happy hour in Berkeley, California. The event brought together leaders from across the San Francisco Bay Area who apply their expertise while serving on commissions in their local cities. Subscribe to our newsletter for notifications of future events.

“If not me, who?” This was the question Brinda Thomas found herself reckoning with two years ago as she looked for ways to apply her technical background outside of her job as a data scientist. Like many civically-minded scientists and engineers, Thomas wanted to better her local community, but wasn’t sure the best way to go about it. 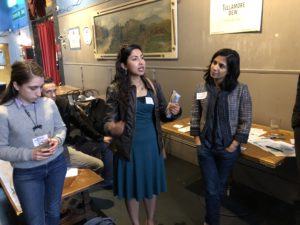 Today, Thomas serves on the citizens advisory committee for East Bay Community Energy, a Community Choice Aggregation program that manages energy procurement and projects for a local community. Using the skills she gained during her Ph.D. training, such as data analysis and knowing how to ask the right questions, she has been able to offer a unique perspective on issues such as electric vehicle charging infrastructure.

“The hardest part is just getting started,” said Thomas. To that end, ESAL shares the stories of scientists and engineers around the country engaging with their local governments, either individually or as part of an organization. Just getting started in whatever small way you can, for example by taking the first steps outlined in the Local Engagement Playbook, often gives rise to more and more opportunities.

Ben Gould’s first steps into local engagement began as a campaign volunteer. Initially, his scientific research on air quality engineering naturally lent itself to sustainability and environmental issues. After meeting a councilmember at a campaign party, he worked his way onto the environmental, zoning, police, and housing commissions, learning more about candidates and ballot initiatives. “It’s just a matter of finding opportunities to meet people and get involved,” says Gould.

Ultimately, Gould wasn’t satisfied with the policies and elected officials he saw: “I decided to get involved because I didn’t see anybody else doing it.” He continued knocking on doors and making phone calls, but now as a candidate for city council and Mayor of Berkeley. These experiences showed him the unique value of a technical approach and the informed context it provides for policy. Gould now works for the city of San Francisco at the San Francisco Airport, using both policy and data analysis to help achieve their environmental and strategic goals. 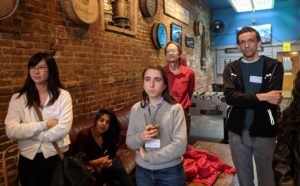 Other speakers, including Alex Sharenko and ESAL founder Arti Garg, highlighted the increasing number of STEM-related issues local governments have to deal with, from electronic voting, to database systems to autonomous vehicles. “Local politics is dominated by the people who show up,” emphasized Sharenko. If you want your community to benefit from a scientific perspective, you need to take the first step.

Boards and Commissions
ESAL Events
Sustainability
Engineers & Scientists Acting Locally (ESAL) is a non-advocacy, non-political organization. The information in this post is for general informational purposes and does not imply an endorsement by ESAL for any political candidates, businesses, or organizations mentioned herein.
Published: 05/29/19
Updated: 09/14/22

Climate Scientist Tackles Global Aerosols and Sunnyvale Sustainability
Audrey Lee Reflects on the Arc of Her Career in Energy Policy
Joining an Advisory Board or Commission
Students Respond to COVID in Their Communities
ECO City Farms: Promoting Urban Agroecology
Conservation Federation of Missouri: Protecting the State’s Natural Resources
100 Years of the 19th Amendment: A Discussion on Progress and Challenges
Making a Difference on a School Board
Data-driven non-profit propels energy policy
Computers with a Cause: Behind the Scenes with Tech Exchange