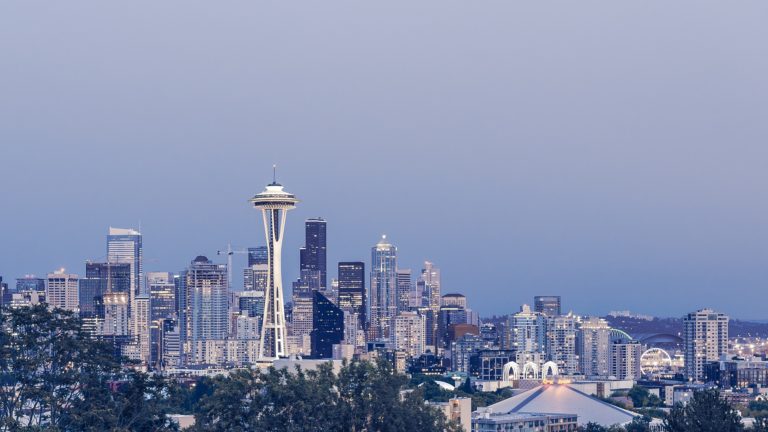 Engineers and Scientists Acting Locally’s (ESAL’s) mission to increase local engagement was a perfect match to the theme of Envisioning Tomorrow’s Earth at the 2020 Annual Meeting of the American Association for the Advancement of Science (AAAS). ESAL had a strong presence through speakers and events, sharing ways that scientists and engineers could get involved in their communities right away, and have an impact on the biggest challenges we face. 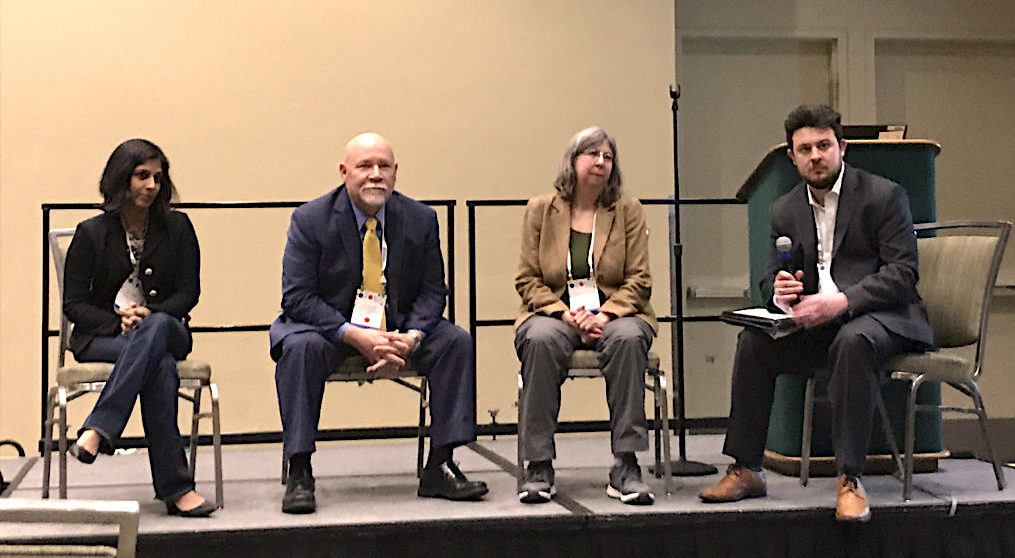 ESAL’s main event was a workshop on how STEM professionals can engage in local policy without changing careers. ESAL Vice-Chair Nick Anthis shared how finding himself in his first permanent job, after years of scientific training and fellowships, inspired him to become more engaged in his local government. ESAL Chair Arti Garg, sharing her experience as a Community Services Commissioner in Hayward, Calif., emphasized how making an impact requires an ongoing dialogue with community decision makers. Ken Massey, a biomedical scientist and former mayor, echoed this sentiment while describing his experience with infrastructure, at-risk youths, and emergency medical response times. The key to his success? “It’s all about coming back and asking the question why,” he explained. “You can make a difference if you get involved”.

Kendra Zamzow, an environmental chemist, offered another viewpoint, of using public comments to influence policy in rural Alaska. In addition to knowing your audience and being prepared, Zamzow reminded attendees that “your residence can be more important than your credentials.” Having scientific expertise can be useful to provide substantive new information or highlight missing analyses, but public comment that stems from just knowing your neighborhood can be equally effective at influencing local policy.

“You have to approach things objectively - what you’re doing is providing informed opinion to advance the decision-making process.” 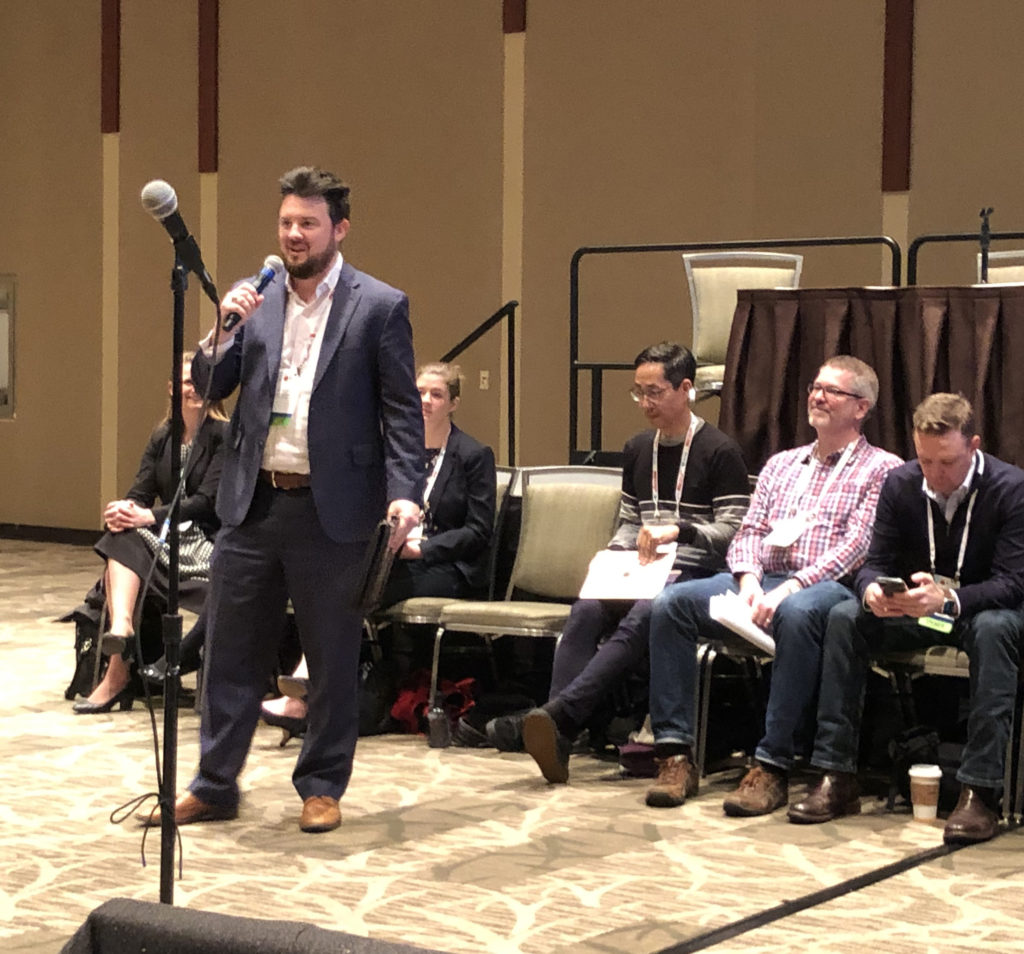 ESAL also helped kick off the meeting at a town hall organized by the Engaging Scientists & Engineers in Policy coalition, of which ESAL is a member. Anthis joined a panel of representatives of several organizations focused on science policy and civic engagement. After the members of the panel highlighted their upcoming sessions at the meeting, the audience asked the panel questions. When asked what one piece of advice he had for scientists and engineers wanting to get more involved in government, Anthis said that it’s simple. “Show up and listen,” he said, emphasizing that you shouldn’t expect to know all of the answers. The first step to engagement is learning more about issues and needs in your community and then thinking about where you want to make an impact.

Garg served as a speaker in two other sessions, highlighting the importance of having a diverse set of voices at the decision-making table. Speaking on an alumni panel of AAAS Science and Technology Policy Fellows, she highlighted her experience working on biosecurity - by taking the time to listen to a wide variety of voices for input, she ended up with a much more broadly impactful policy proposal than her office originally envisioned. This same approach would later make her effective at the local level. Hearing the perspectives of her fellow commissioners has changed her views on how best to prioritize funding for social services in her city.

"Scientists and engineers can get involved in their governments in unique ways. As a scientist, you bring a unique perspective." 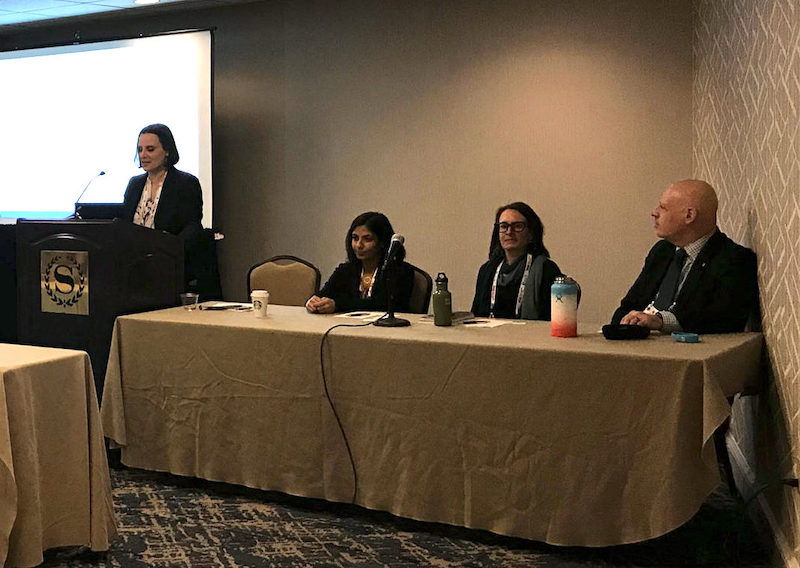 Later, during a session organized by the 500 Women Scientists, Garg emphasized the need for diverse voices in local policymaking while discussing the progress and challenges that women face on the 100th anniversary of the 19th Amendment. In her remarks, she discussed how local engagement, the core of ESAL’s mission, is driven by who has the right to vote, which is the currency of democracy. Scientists are lucky to wield an incredible amount of power - a 2019 Pew survey has shown that 86% of people have confidence that scientists act in the public interest. Combined with scientific training in skeptically parsing information and developing evidence based arguments, this means that scientists and engineers have the privilege of having a louder voice than often-overlooked community members. They can, and should, use that privilege to make a positive impact.

ESAL was proud to co-host the Science Policy Shindig - an informal gathering that has been a AAAS Meeting tradition for the past decade. This year’s event took place at The Pike Pub, and provided a chance for over 100 policy-interested scientists and engineers to meet and network.

Keep an eye out for ESAL at upcoming conferences through our newsletter and our events page. We hope to see you at one soon!

The 2020 AAAS Annual Meeting was held February 13-16, 2020, in Seattle, Wash. Speaker information and additional detail on each conference session is available in the program:

ESAL Events
Engineers & Scientists Acting Locally (ESAL) is a non-advocacy, non-political organization. The information in this post is for general informational purposes and does not imply an endorsement by ESAL for any political candidates, businesses, or organizations mentioned herein.
Published: 02/23/20
Updated: 09/14/22