Taking Politicians to the Lab 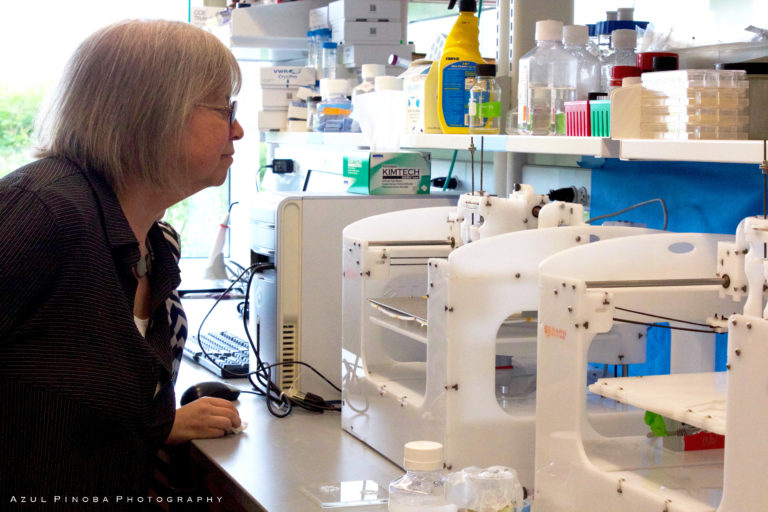 NY State Assemblywoman Barbara Lifton visits a research lab at Cornell University (Azul Pinoba Photography)
Our "Stories from the field" series shares the experiences of engineers and scientists who are making a difference in their communities.
Share this article

In the past year, I made a purposeful effort to become more active in my community as a science advocate, and I found that many of my fellow graduate students and faculty were interested in reaching out to their elected representatives as well. Like me, they wanted to be involved in the public discourse on policies related to their work but were frustrated with canned responses from their representatives after writing technical and thoughtful letters and emails. Many of us just didn’t understand who our representatives were, what they did, and how to connect with them to impact policy. 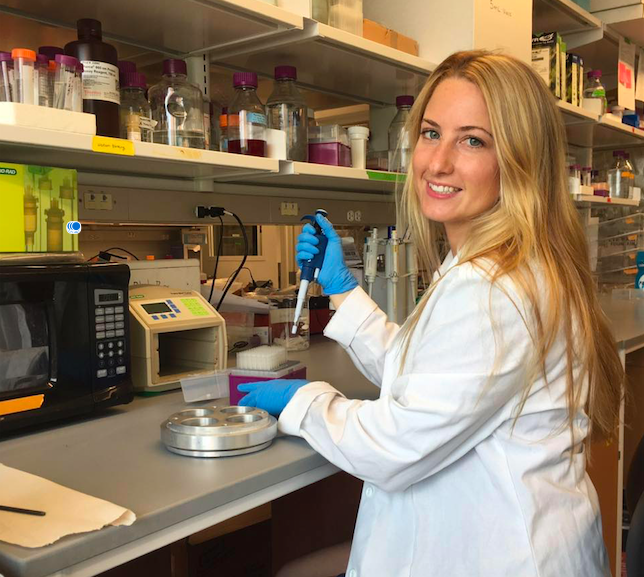 I started "Take a Politician to Work Day" out of a desire to give a voice to my fellow scientists and engineers. The program’s main goal is to reach out and build connections with our city and state representatives. We accomplish this by bringing them to campus for lab tours led by graduate students and post doctoral researchers. This encourages the development of an organic connection between scientists and policy-makers. By giving our politicians campus connections in their policy areas of interest, they have a contact if they ever need it and a familiar name to look out for when these graduate students and postdocs reach out in the future. It also gives motivation for these rising scientists to continue engaging by giving them a tangible, personal, and positive outreach experience. It’s been amazing to see this program take off and grow! We’ve reached our mayor, city council members, Congressional candidates, and state officials.

One memorable visit happened last spring, when we had state Assemblywoman Barbara Lifton and her legislative aide Linda Smith tour labs centered around climate change impacts on agriculture and battery storage research. She was particularly enthusiastic to see the scientists at work due to her commitment to science-based policy as well as her advocacy for sustainability efforts. Several scientists she has worked with previously on drafting legislation to ban fracking in our district were present at a campus roundtable discussion, and it was fascinating to hear how a policy-maker and technical experts worked together to support, present, and draft the legislation. 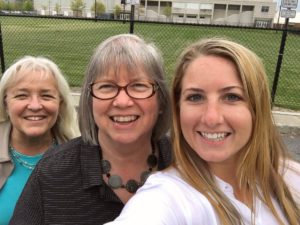 One of the new contacts she met with on her tour had built a model of how climate predictions, as well as historical events such as droughts and frosts, impact our apple and corn crops in a geographically-specific fashion. She was so excited by this model, she asked for a copy. She began to plug in predictive elements based on a late frost for several farms that she was familiar with in the district, and she used the output to help her understand how that could impact harvests months later.

When I began developing "Take a Politician to Work Day", I didn’t realize all of the skills and resources available to me as a scientist. I remember thinking, “all I have is access to a lab.” And then I realized that access to a lab and the people that run them is access to a very different environment than most representatives have!

The most rewarding aspect of this has been learning about the research happening on campus and the amazing work going on in my communities. By connecting labs, scientists, politicians, and community leaders, I have become more aware and invested in my campus and town. Wrapped up in my little world of research, it was easy to forget that there are thousands of researchers in hundreds of fields working right beside me and right down the road there is an entire city at work. I love sharing an interest in policy and advocacy with so many people from backgrounds I would never have connected with before. And I’ve learned it’s important to just get out there! There are so many options to engage with your community from running for the school board, to writing an Op-Ed, to attending a march or a science policy happy hour, to starting a club, to going to town hall meetings, all the way to inviting your politicians to work.

Engineers & Scientists Acting Locally (ESAL) is a non-advocacy, non-political organization. The information in this post is for general informational purposes and does not imply an endorsement by ESAL for any political candidates, businesses, or organizations mentioned herein.
Published: 12/27/17
Updated: 07/31/22