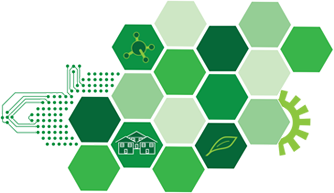 On October 25, five scientists and engineers shared their insights on community engagement at an ESAL happy hour in Oakland, California. The event brought together leaders from across the San Francisco Bay Area who apply their expertise toward pressing problems in their neighborhoods. Subscribe to our newsletter for notifications of future events.

Before Allan Daly intervened, school kids in Albany and Berkeley might have gone without fresh air in their classrooms. Daly, an expert in building design and construction, was visiting his child’s school and noticed a programmable thermostat on the wall, the kind you would find in many residential homes. The local utility had donated the thermostats during the school’s recent remodeling. However, the school lacked operable windows, relying only on the internal fans to draw in air from the outside; this meant that anytime the thermostat was off, no fresh air could get in. “The lightbulb went off,” Daly recalled. “I should use all this knowledge I’ve accumulated over time to try to make the schools better.”

After he approached the principal and leaders in the school district, Daly rallied other like-minded residents from design fields and formed the Integrated Design and Sustainability Committee. They offer construction expertise and advocate for thoughtful, sustainable school buildings. Because of their committee, local schools adopted a set of guidelines and standards which prioritizes good lighting, clean air, and ergonomic seating. With the passing of a $90 billion bond to build new elementary schools, their efforts came at a perfect time. “It was really surprising how the littlest bit of knowledge shared in the right context has made a huge difference to the quality of the schools,” said Daly. “My advice is, if you see a need, just go fix it.”

Daly’s leadership was but one example of a concerned resident seeking change on display at the ESAL happy hour.

Take Alex Sharenko, who serves on Berkeley’s Zero Waste Commission, a panel devoted to matters like composting, recycling, and landfilling. Sharenko, intent on countering the toxic rhetoric of national politics, decided to help with local problems that align with his background in materials science. Since joining the commission a year ago, he has been involved with ordinances about single-use plastic and waste water. “It’s been a messy and chaotic process, much more so than anything I’ve done in the lab, but such are people and such is governance,” he said.

The message from other speakers, including Alison LaBonte, Brinda Thomas, Audrey Lee, and ESAL founder Arti Garg, was the importance of the so-called ‘last mile of policy.’ That is, no matter if the policy is federally mandated, “it’s left to someone on the ground to organize campaigns at the city level,” said Garg. And that someone can be you.

For more information on the speakers, please see the tips for engagement they shared at the event.

ESAL Events
ESAL news
Engineers & Scientists Acting Locally (ESAL) is a non-advocacy, non-political organization. The information in this post is for general informational purposes and does not imply an endorsement by ESAL for any political candidates, businesses, or organizations mentioned herein.
Published: 12/23/18
Updated: 09/14/22