Idaho Policy Fellow is a Fan of Foxes, Wolves, and Bioinformatics 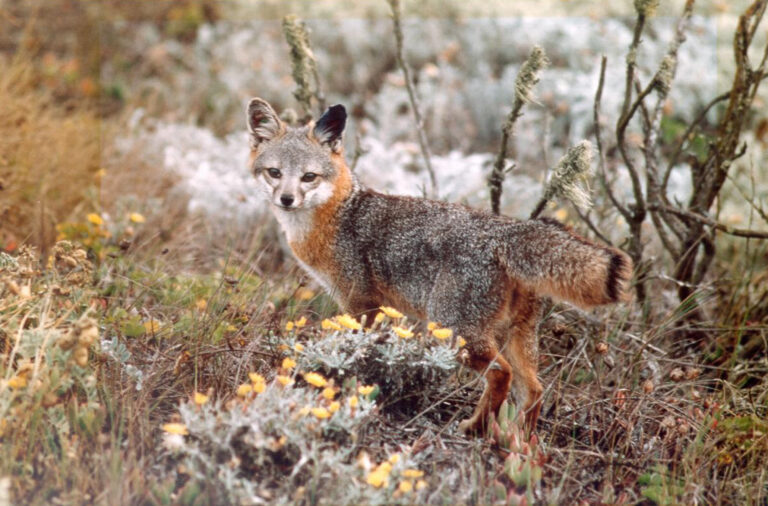 An endangered Channel Island Fox. Photo credit: Wikipedia.
Our "Stories from the field" series shares the experiences of engineers and scientists who are making a difference in their communities.
Share this article

Sarah Hendricks is a biologist at the University of Idaho’s Institute for Interdisciplinary Data Sciences and was an inaugural Idaho Science and Technology Policy Fellow. She works on zoonotic diseases, as well as with their Genomics and Bioinformatics Resources Core to provide researchers with access to cutting edge genomics resources. Hendricks got her Ph.D. in bioinformatics and computational biology from the University of Idaho and has worked at the Idaho Governor’s Office of Species Conservation as well as the San Diego Zoo Institute for Conservation Research. ESAL spoke with Hendricks about how her interests in animals, humans, health, policy, and data have informed her career.

DR: What do you hope to achieve in the new role you started this year with the University of Idaho?

Hendricks: I think that it’s a great opportunity to build upon the knowledge and experience that I gained during my Ph.D. and expand into new areas of science that I’m not as familiar with. My role will be bioinformatics data scientist, so I’ll be working with the Computational One Health Team as well as the Genomics and Bioinformatics Resources Corps. One Health is a framework that considers human, wildlife, and environmental health as an integrated system. I bring to the job a body of knowledge about the genetics of wildlife and wildlife health, including how to understand disease spread relative to migratory pathways.

DR: Is this the career you would have predicted while you were growing up?

Hendricks: I would not have predicted this path when I was a teen. As a 6-year-old, I was interested in vet health, but didn’t know much about it, given that neither of my parents went to college. For example, I didn’t know that wildlife genetics existed. I grew up in Michigan on lakes with lots of nature, including snakes, frogs, fish, dragonflies, and turtles. We would play by catching turtles, and my family hunted and fished, so there was always a nature element in my life but it wasn’t something I pictured for a career. 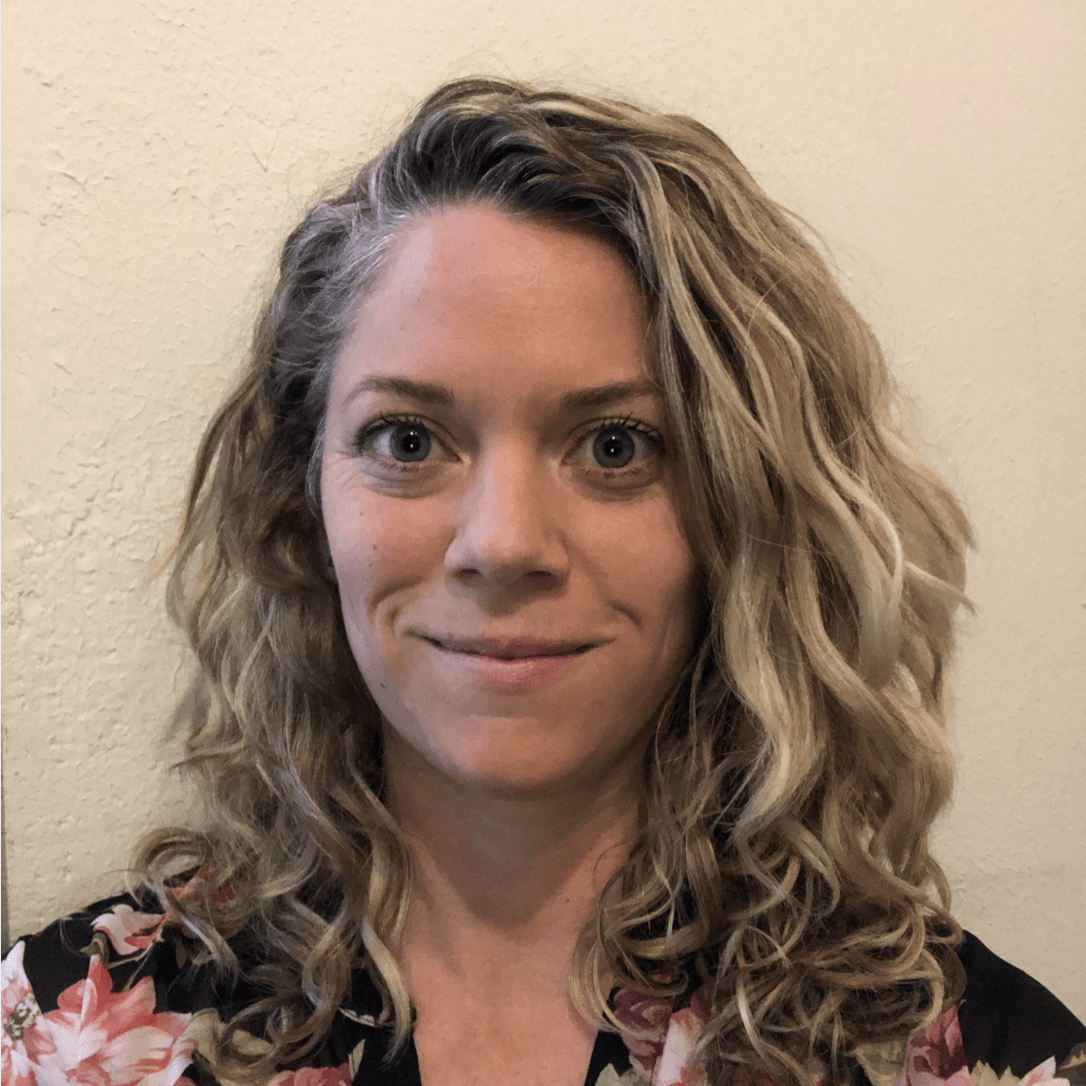 DR: It must have been eye opening to go to college as the first college-bound generation in your family.

Hendricks: My parents were very encouraging and proud. They kind of knew that I was going to do what I wanted regardless. I had a personality to take risks and do what I wanted. As soon as I graduated from high school, I think they decided it was best to support me with guidance. They were not expecting me to stay in Michigan.

DR: How did you choose biology for your college degree?

Hendricks: I was interested in human health, particularly women’s health, and thought I would consider heading to medical school later, thus the biology. I also took some women and gender studies classes and ended up double majoring. During college, I got a position working at the Peggy Notebaert Nature Museum in Chicago. There, I was working on the genetics of an endangered butterfly and fell in love with the field of conservation biology.

DR: What did you love about it?

Hendricks: I was working on butterfly genetics, but not in a traditional laboratory setting. I, personally, was housed with the snakes and turtles in the nature center where all types of insects were also on display. I got to see baby snakes being born and filled in when they needed help with the butterfly garden or with their museum collections. It brought me back to my love of wildlife and inspired me to pursue a master’s degree. A mentor at the museum had a graduate degree and I liked what he was doing. Professors in my undergraduate program encouraged me to apply to graduate programs as well.

DR: How did your master’s program change your perspective?

Hendricks: I got a degree in ecology and systematic biology, which gave me some fundamentals, and then I went right back to the conservation genetics work. I went to UCLA to work in a lab that focused on small mountain lion populations and diseases in bobcats and other threatened, endangered, or declining species. My return to conservation-based research was a dive into the conservation of wolves and endangered foxes.

DR: It sounds like you found a natural fit for yourself in conservation lab settings.

Hendricks: I did, although as I advanced in my career it became very noticeable that I was one of the few without parents who were academics or otherwise credentialed. Everyone else was coming from that model. I think my parents both modeled loyalty to their employers and hard work, which rubbed off on me. Also, I grew up kind of cooking for the family because my mom was at work. Oddly enough, that’s a great skill set in the lab – using a recipe, following directions, adhering to methods, paying attention, setting time limits, and things like that.

DR: It seems like you also have excellent data skills. Where did you acquire those?

Hendricks: I think I’m naturally good with big data because I’m very organized and have the tendency to keep track of things. One of the other things that really helped me was the background in women and gender studies. With that study methodology, you’re aiming to look at a bigger picture, for example how one decision can affect a whole body of people that might not be recognized otherwise. Becoming familiar with research on women and gender helped me see outside of the small questions and look at the broader applications that are so important when we do science.

DR: Did your Ph.D. focus on that broader perspective?

Hendricks: Yes, specifically on answering big questions using tiny tubes of DNA. I’d always valued nature and been concerned about the welfare of animals and the environment, such as the declines in turtle populations I witnessed growing up. But I’d had no idea that you could use genetics to ask and answer questions about wildlife, that instead of tracking every individual you could use DNA to see how they’re moving across the landscape. Interpreting the genetic information helps with reintroduction or breeding programs aimed at recovering and maintaining wild populations.

In conservation genetics, I found something that was really cool and aligned with my interests. For my doctorate, I studied Catalina Island foxes, gray wolves, and Tasmanian devils. Then, I worked for awhile at the San Diego Zoo Institute for Conservation Research analyzing genomes of northern white rhinos.

DR: How did your deepening background in conservation genetics propel you to a policy position with the Idaho Governor’s Office of Species Conservation?

Hendricks: I pursued an Idaho Science and Technology Policy Fellowship because my research had always focused on broader questions regarding the Endangered Species Act. It felt like a learning progression to go from these hard sciences to a policy-based program where I got to witness what actually happens on the ground in terms of species conservation. The Governor’s Office of Species Conservation is working with constituents and the federal and state government and companies that are all affected by the ESA. It was a natural bridge to learn a lot about policy.

DR: How did your year in the Governor’s Office of Species Conservation shape you going forward?

Hendricks: It definitely gave me a much broader perspective of how policy decisions are made and how humans are actually existing on the landscape. For example, in northern Idaho we have forests that must be homes for wildlife and plants as well as a resource for humans with an important balancing act between the two. Policy is really trying to achieve that balance. I think even though I am not staying at the governor’s office, I might hopefully go back one day. And I can see myself being on a state board or commission to navigate policy-based decisions that relate to wildlife.

DR: How would you counsel other scientists about getting off the bench to make broader impacts?

Hendricks: Just know that there is not one single pathway to becoming a scientist, and that any experience can actually be used in science. I worked in outdoor education for a year between my master’s and working at UCLA, which gave me experience towards being a graduate student or professor who works with students. I now help my partner run restaurants and bars and find that my new job with the Genomics and Bioinformatics Resources Corps has elements of managing a small business. We have clients – the people who need genomics work – with the associated client relations, budgeting, and pricing. It reminds me that we bring skills from a variety of experiences and that there is no single right pathway to getting to where you want to be.

Engineers & Scientists Acting Locally (ESAL) is a non-advocacy, non-political organization. The information in this post is for general informational purposes and does not imply an endorsement by ESAL for any political candidates, businesses, or organizations mentioned herein.
Published: 06/2/22
Updated: 08/2/22