An Astrophysicist Turns his Gaze to Gerrymandering 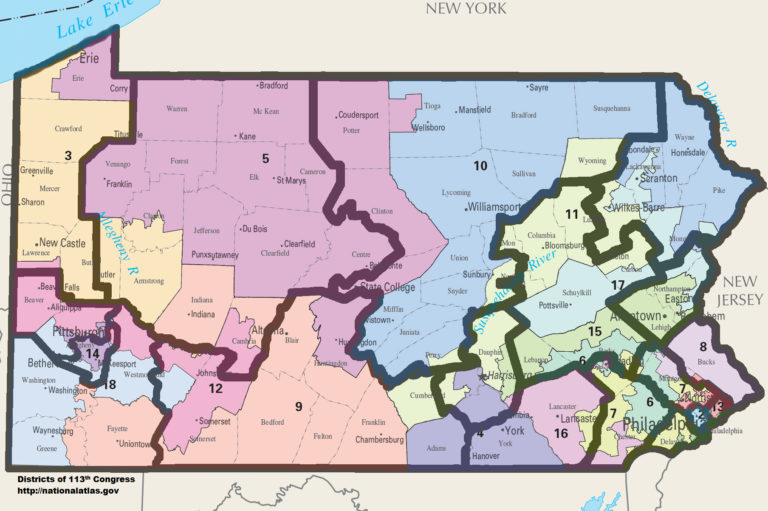 Current Pennsylvania congressional districts (colored map) overlaid with the Pennsylvania Supreme Court-drawn map released in February 2018 (thick lines). Figure by Laurie Chong.
Our "Stories from the field" series shares the experiences of engineers and scientists who are making a difference in their communities.
Share this article

As an assistant research professor in astronomy at Pennsylvania State University, Thomas Beatty is skilled in charting distant worlds. As someone who is politically engaged, he applies some of the same STEM principles to a more down-to-earth subject – his concerns about political gerrymandering of his state’s districts, which have been the subject of recent court rulings and ongoing political debate.

CS: What inspired you to get involved in redistricting issues?

Beatty: The 2016 elections made me feel that I wanted to get involved in something. Here, in Pennsylvania, one of the major problems has been gerrymandering. Many of the congressional districts around Pittsburgh and Philadelphia are held up as poster children for what horrible gerrymandering looks like. Luckily, there was already a group called Fair Districts PA that was setting themselves up. They had a meeting in town, and I said “Hey, I want to go to that.”

CS: How did your involvement with the group grow after that first event? 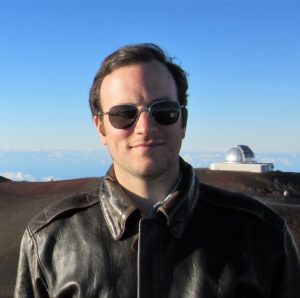 Beatty: Showing up is 90% of it – many people volunteer at these meetings, but it seems few actually follow through. I volunteered to be part of their speaker’s bureau and became one of the people who responds to requests from all over the state for Fair Districts speakers. It’s something that I enjoy, and giving talks is something I do a fair amount as an astronomer. In many ways this isn’t that different. Scientists develop skill in public speaking as part of their jobs, and it translates very well to doing this.

CS: What similarities do you see in giving talks to scientific audiences and to the public?

Beatty: Because I speak on political issues, there are some audiences that are more receptive than others. In my mind, that tracks with the differences between giving scientific talks to friendly groups and to groups that feel like being in the water with sharks. Those experiences have been very helpful, because they teach you to read the room, and get a sense of when people are going to try to come down on you.

CS: Any advice to scientists who are speaking in these political contexts?

Beatty: Even when the issues are combative, you can try to be collaborative in the talk. You can frame things not as “I’m right and you’re wrong,” but as “this is a process that we’re all engaged in.” The conversation can be closer to jazz, where people are playing off each other, than to an orchestra where there’s conductor telling everyone what they should be doing.

CS: Does your technical expertise affect how you give talks on redistricting?

Beatty: I’ve found my science and math background very helpful. One thing that the gerrymandering movement is headed toward is finding an objective way to figure out whether gerrymandering is occurring and to create metrics to correct for it. If you’re comfortable with statistical analyses, you can read about the techniques and they’ll make sense. The difficulty is that a lot of non-technical people find the math confusing and get gun-shy when they hear that a computer is going to figure it out for them. Even at the level of the Supreme Court, the justices have said that the math seems too opaque. As a scientist, having a deep understanding of what’s going on can help you explain it in plain language and assuage their concerns in many cases.

CS: Have you reached any of your elected officials?

Beatty: I’ve talked to my state-level representative two or three times. He’s fully on board with redistricting and has really been pushing for it. I’ve also talked twice to my federal congress member, who seems much more neutral about things. In fairness, I’ve realized that I’m talking to him about one issue, and he has twenty issues a day he has to think about and juggle. I like to think that I’ve moved the needle a little bit, but I also know it takes a continuous effort to get people at that level to pay attention to an issue and change their minds.

CS: Has the experience been rewarding?

Beatty: I enjoy talking to the public, and it’s nice to be part of something that started relatively small, at that initial meeting, and see it really get bigger. I’ve only played a small part in that growth, but to be part of it has been very gratifying. It feels like we’re causing something to happen in my state.

Engineers & Scientists Acting Locally (ESAL) is a non-advocacy, non-political organization. The information in this post is for general informational purposes and does not imply an endorsement by ESAL for any political candidates, businesses, or organizations mentioned herein.
Published: 04/23/18
Updated: 09/26/22