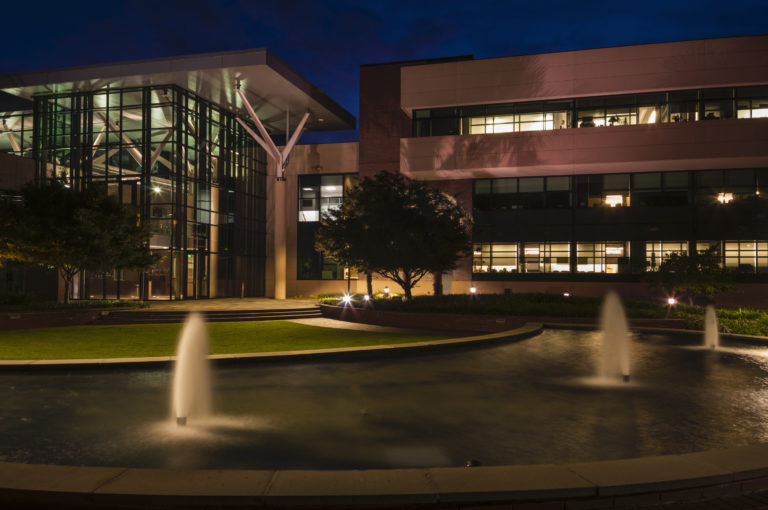 The Town Hall in Cary, North Carolina, an early adopter of sharing city data. Photo by Richard Carter.
Our "Stories from the field" series shares the experiences of engineers and scientists who are making a difference in their communities.
Share this article

Jennifer Robinson is the director of local government solutions at data analytics company SAS, as well as a long-time elected official on the Town Council for Cary, North Carolina. She earned her degree from the University of Virginia in English and Studio Arts, but through a summer internship learned how to code and discovered technology as a tool for change. In her role with SAS, Robinson works with governments and other stakeholders to harness the power of data analytics to solve problems. Robinson brings her expertise to the Cary Town Council to improve local systems, such as water use. ESAL interviewed Robinson about how her public and private sector roles complement each other.

DR: You’ve been a Town Council Member in Cary for two decades. What originally sparked your interest in running? 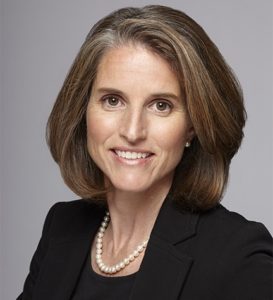 Robinson: I was what I jokingly call “civically-obsessed,” passionate about community issues. Growing up, I saw Fairfax, Virginia, go from single-lane roads to multi-lane development. After moving to Cary in the mid-90’s, I attended Cary Council meetings just to observe the decision-making about growth. I started expressing my thoughts, and was asked to be on the Smart Growth Committee. Later, when a council seat became vacant, the mayor urged me to apply for the appointment. My mother-in-law urged me to just put my name in because “they are not going to elect you anyway, but you should be part of the process.” I thought, “Yeah, I should be part of the process.” I put my name in and I got elected.

DR: That must have been a bit of a shock.

Robinson: It was. In fact, my husband said, “What have you done?!” I had some reservations, because I had a newborn and a two-year-old, and was running my own technical company for software development and data modeling.

DR: Now you also have a job at a company called SAS. How did that come about?

Robinson: It was hard to get hired back into the workforce after ten years “off.” Four years ago I got a call from the SAS Institute, which creates analytics software and solutions. SAS was looking for someone who understood local government. By then I had not only my background in software development and data modeling, but also experience with the challenges that local governments face.

DR: What have you enjoyed about Town Council to keep you there, on top of a full-time job and children?

Robinson: It’s very enjoyable work - of sharing ideas, setting policy, and establishing regulations, which all impact the community. You see the projects you work on, such as bridge and road improvements, come to fruition. I feel pride and enjoyment in seeing my ideas come to life in the community.

DR: Has the Town of Cary changed a lot during your nearly 20 years in public office?

Robinson: Yes! While Cary had about 85,000 people when I took office, it has grown to 167,000 people, while remaining a great place to live and setting an example for smart growth.

DR: Do you have any insights to share with people who are running for elected office?

Robinson: When you are an elected official, you are guiding your staff rather than doing the technical work. When first on council, I thought I could jump in to get things done more quickly. Actually, your job is to provide guidance to staff about problems that need to be addressed.

DR: How have your dual roles - government and private sector - benefited mutually from the skills and knowledge you bring to the table?

Robinson: I am open to using technology to solve problems. One of the biggest challenges our country is facing now is that our leaders do not understand the intricacies of taking technology into account. Typically, people who go into leadership are not technical folks, and vice versa. People in technology careers may not picture themselves communicating values in front of a large group.

DR: Could you tell me more about using data and technology in problem-solving?

Robinson: Local and state governments collect lots of data, but it’s not typically shared between the levels of government. Legislators don’t always think holistically about the value of the data. For example, data on children is collected by Health and Human Services at the state level, as well as by local social services departments, schools, etc. The data is protected, as it should be, but when shared in safe ways it can identify patterns that suggest a child may be at risk of abuse or neglect, and provide the necessary evidence.

DR: What are you most proud of, in helping governments make data-driven decisions?

Robinson: Our council has supported our staff in embracing emerging technologies. As a result, Cary implemented a data management platform that allowed Cary to become one of the early adopters of managing and sharing its data. Because Cary had this infrastructure in place, it could do innovative things such as automated water meter infrastructure. Also, Cary put fiber in when no one else was thinking about fiber, which later allowed us to move forward on systems such as intelligent traffic signals.

DR: What has been most challenging about your roles?

Robinson: Having dual roles in the public and private sectors is difficult because I have to make sure I don’t do anything unethical, such as promoting SAS on boards I sit on. That requires sometimes holding my tongue. But, SAS gives me the opportunity to work with mayors and other community leads across the nation, sharing the value of using data for planning. Having data that you aren’t using is like having gold buried underneath your town hall!

DR: I am fascinated that your college degree is in English and Studio Arts.

Robinson: All tech companies benefit from people who are good communicators and can think large. I became an English major because I liked my English classes in college. My dad, a computer guy, was horrified and kept nudging me to go into computer science. During a summer internship with the Administration of Children and Families, I learned to code and helped create their accounting system. Internships are great for figuring out what you want to do for your career.

DR: Was your dad pleased that you found your way to technology after all?

Robinson: He was. When he passed away a few years ago, I came across a test plan I had written, and saw the feedback he had provided. The guidance my dad gave me has meant a lot.

DR: What advice would you give to technical people who want to get civically engaged with their communities?

Robinson: I would encourage people in the tech industry who want to make a difference in their community to run for any level of government. Their knowledge is incredibly valuable and we are at a time when technology can make profound differences in the way people live. For people accustomed to detail work such as in science and technology, it is very exciting to step out of it and play a role in setting policy and law. I’ve come to realize that I am capable of doing both well. It would be great to see more people parlay their technical expertise.

Engineers & Scientists Acting Locally (ESAL) is a non-advocacy, non-political organization. The information in this post is for general informational purposes and does not imply an endorsement by ESAL for any political candidates, businesses, or organizations mentioned herein.
Published: 08/25/19
Updated: 08/16/22