Forest ReLeaf: Bringing the Benefits of Trees to Communities 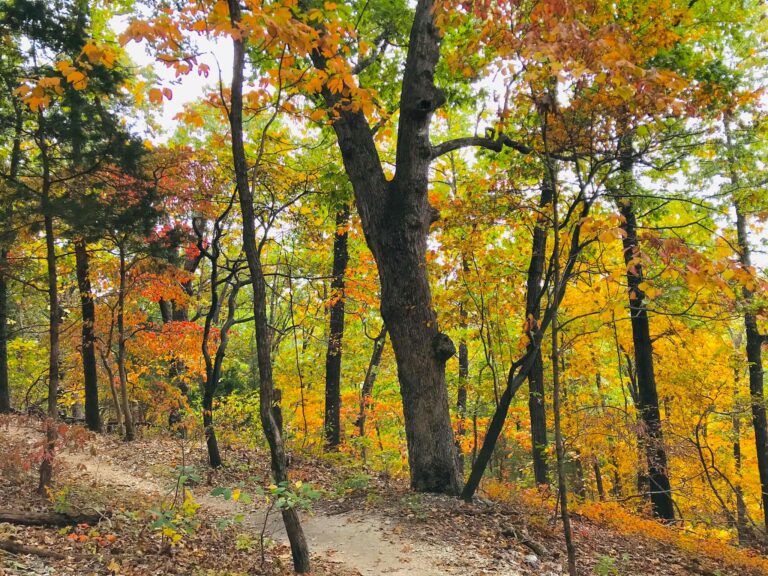 Meridith Perkins is the executive director of nonprofit Forest ReLeaf of Missouri, and is extending her passion for urban forestry to the local community in St. Louis, MO to improve its canopy coverage and health of its residents. ESAL spoke with Perkins about the organization’s role in combating climate change and future plans in educational programming.

MS: How did you become involved in forest conservation?

Perkins: I'm a city kid. I grew up in a very urban area, close to downtown St. Louis. I really didn't have a lot of experience with nature, but I was always drawn to the park system and loved being in those green spaces. I saw college as a chance to learn something that I had completely no exposure to – trees. The emerging field of urban forestry was a great fit to support my passion for people and natural systems. So I moved back to the city and started doing tree inventories, health assessments, and then grew from there.

MS: What is Forest ReLeaf’s mission?

Perkins: Forest ReLeaf is a kind of the tech transfer of ideas when it comes to forestry connections. It's the place where people can come because they're excited about planting a tree or want to do something for Earth Day. Forest ReLeaf captivates people's interest and engages them in this power that we all have to make a difference in the environment. Coexistence of nature and people is such a critical part of our future, and it is not us or them, it's together. 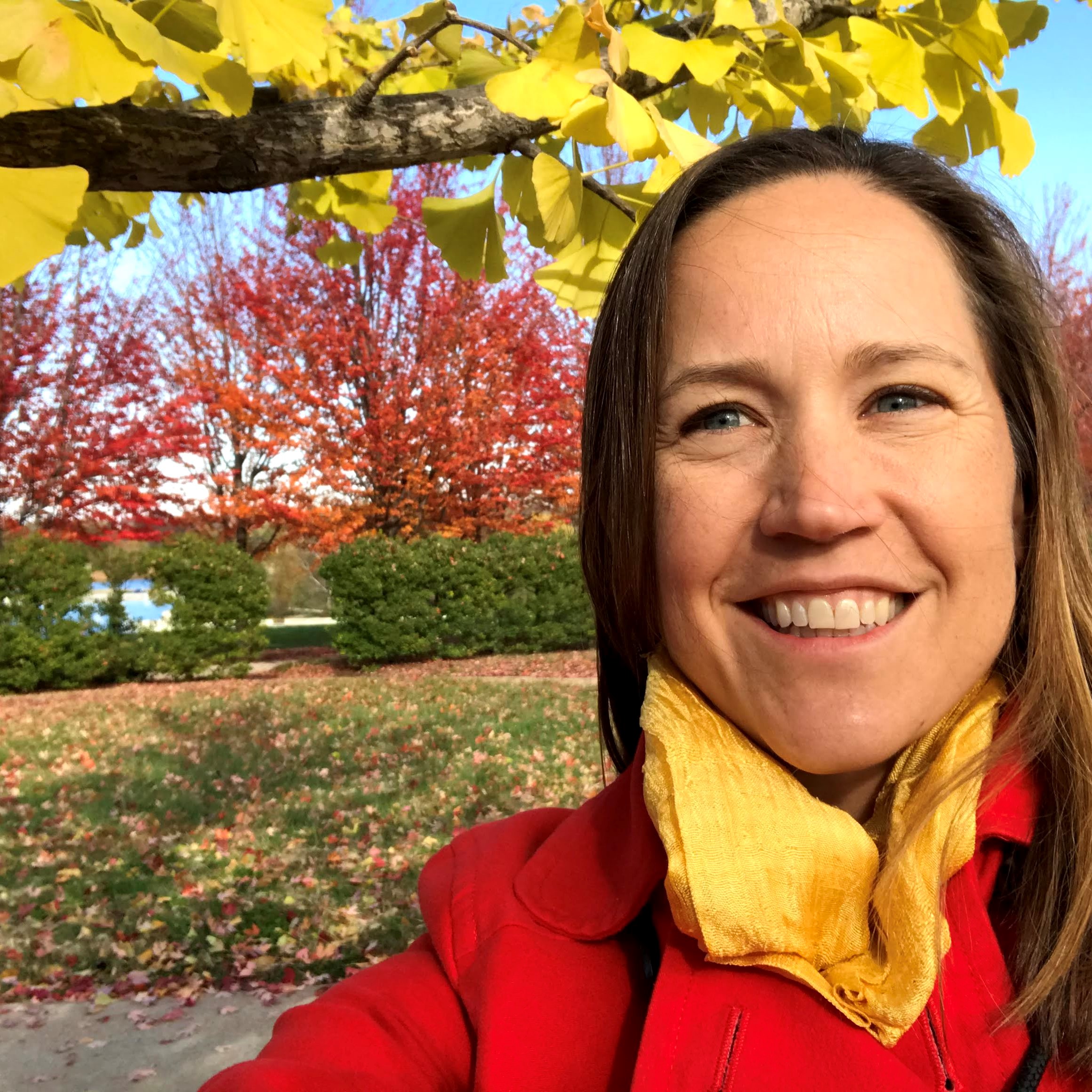 MS: How has Forest ReLeaf engaged with the local community?

Perkins: We have a lot of regular volunteers that have been coming out every Wednesday and Friday morning for a decade or more. A lot of those folks are retired scientists who have been working in labs their whole lives and now have the flexibility and freedom to do what they want. Forest ReLeaf also serves over 200 community partners a year by offering free trees for local planting projects.

MS: What are some current projects that Forest ReLeaf is working on?

Perkins: Everything that Forest ReLeaf does has an aim to impact and positively change a community. There're so many projects that we're working on now that I'm so proud of. The bedrock of our organization is called CommuniTree. We're really focused on removing barriers for people who are interested in planting trees. We give the trees away for free to anyone who's planting on public or nonprofit property. We have about 20,000 native trees and shrubs that we're growing at any given time. We distribute those in the spring and the fall to all kinds of different community groups, all kinds of different volunteers. Then they recruit their own local volunteers. We're training the messengers, then they're training that next tier of volunteers. Many people are touching the trees, and managing the roots, and digging the holes, and planting the trees.

We've got a couple of great tree planting and stewardship grants through the Arbor Day Foundation, The Nature Conservancy, and Great Rivers Greenway. The most exciting thing for me is that there is a lot of positive momentum with these partnerships moving into the future.

MS: How is Forest ReLeaf involved in advocacy?

Perkins: I would say we advocate through education and engagement and it's effective to a different audience. I think the hope is that the upswell of support from people that are interacting and participating in the programs and the resources that we have will then influence their elected officials. They'll be joining their tree boards and their city councils. It's that trickle effect that really makes a difference in the long run. 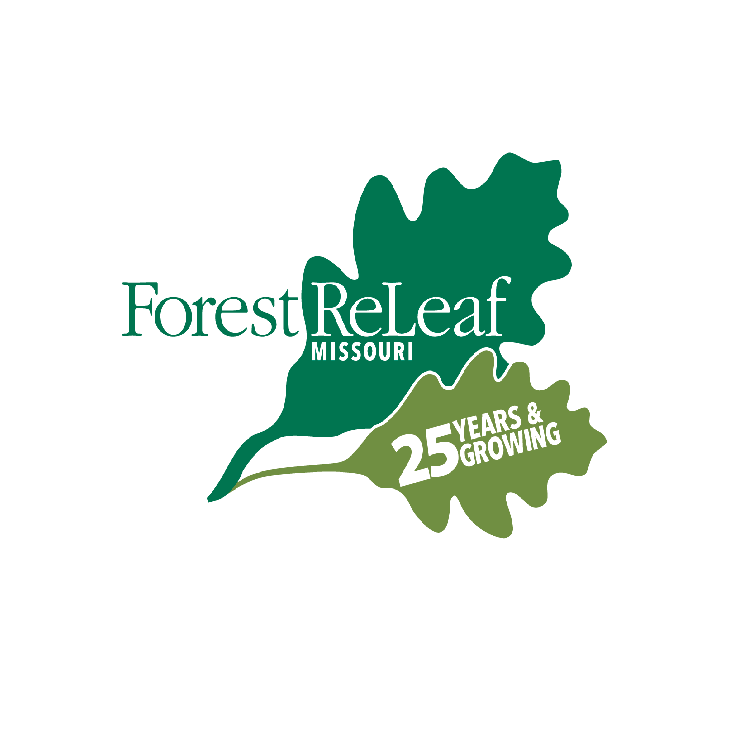 MS: What are some challenges that ReLeaf has faced?

Perkins: There's the climate crisis challenge where we're talking about trees as a solution. So trees can help with sequestering carbon. Trees can help with some of the air and water quality issues that are becoming more and more intense, but they're also very vulnerable to the negative impacts of climate change. We're seeing a lot of tree loss associated with severe storms, severe flooding, and severe fires. So, as we continue to try and plant trees to help with climate change, the negative impacts of climate change are really fighting against us to continue to take down the trees.

Another thing that we're seeing a lot of is invasive species. The next big invasive species issue is just one pallet away. The emerald ash borer is a big issue. These invasive species are causing huge problems with tree loss and also, from a municipal standpoint, budgets. So if a city has to spend hundreds of thousands of dollars every year on removing dead and dying hazard trees, they have limited resources to replant new trees.

The other big thing that I would say is a challenge for Forest ReLeaf is tree survivability. We need resources to come back to water, mulch, and prune that tree and make sure that it's an asset to the community. We're still figuring out what that looks like, but it's a critical part of the success model, especially in our priority relief communities that need more support. All of the models and all of the research that talks about tree benefits are really based on healthy tree canopy.

MS: How do you determine where to reach out to in the community?

Perkins: We do a lot of GIS work. We have canopy assessments that are looking at where there is canopy, where is there not? We can identify those low canopy areas from the GIS map, which is really cool and really sad because we can see where it very much correlates with our BIPOC communities. Limited tree canopy also correlates with negative health outcome issues that we're seeing across the city. Where we see the highest need, we don't always have the highest demand because people are worried about other things. People have other priorities and don’t always understand how trees can help – so education is so important.

MS: Where do you see the organization in the next 10 years?

Perkins: For now one of the big goals is to expand our nursery operation. We'll be looking into not only the urban nursery, but also expanding our existing nursery to rise to the occasion of that emerging need for tree supply. We're also going to be expanding our education influence. We want to create spaces where we can host more engagement opportunities. So we're going to be building a pavilion and doing some infrastructure improvements at our facilities so that we can be more of a resource for education purposes. This summer we'll be launching a new canopy crew. It's a youth team that's going to do a lot of canvassing and talking to people about all the ways trees benefit the neighborhood. It is a powerful tool to have young people from a community relaying the value of trees.

MS: What advice would you have for scientists that want to get involved?

Perkins: The more urban forestry, as an industry, engages with scientists in general, it creates a lot more momentum around the relevancy of what we do. The science that supports tree benefits has really elevated the opportunity for urban trees. In particular, we’re starting to learn how trees are important for cleaning the air, how they're filtering stormwater, what percentages of storm water get absorbed, and how we can use green infrastructure as a system. There is so much science that could go into supporting our seemingly simple mission of growing tree canopy across the state. So it's been really wonderful to explore and to justify not only the hard sciences and environmental impacts, but also a lot of the social sciences where we're starting to see really clear impacts for green spaces and stress relief.

The narrative wouldn't be there without the science input. The more we can engage and connect with science and scientists, I think the more they're going to be inspired to want to continue that kind of research and make sure that we're supported too. We need more people who are comfortable standing up at a city council meeting and advocating for preservation of trees in a park.

Engineers & Scientists Acting Locally (ESAL) is a non-advocacy, non-political organization. The information in this post is for general informational purposes and does not imply an endorsement by ESAL for any political candidates, businesses, or organizations mentioned herein.
Published: 03/18/22
Updated: 08/2/22