Astrophysicist Uses Analytical Skills to Make a Difference on Earth 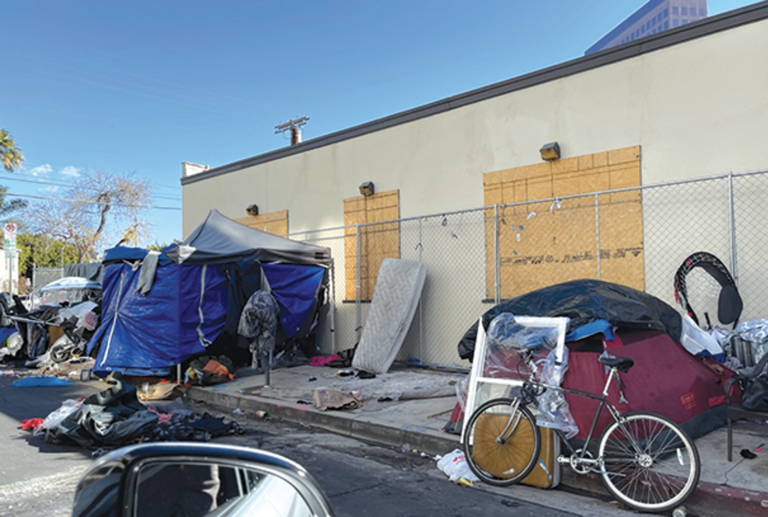 Louis Abramson is an astrophysicist and currently a Carnegie Fellow in Astronomy at the Carnegie Observatories in Pasadena, CA. Abramson studies the forces that shape galaxies – how they are born, how they grow from small disks to big spheres, how they interact with each other, and how they die. Abramson got his bachelor’s in physics from Columbia University, followed by a Ph.D. in Astronomy & Astrophysics from the University of Chicago. In addition to probing the mysteries of the universe, Abramson is an elected member of the Central Hollywood Neighborhood Council. He helps tackle problems related to homelessness and food relief in Los Angeles. ESAL interviewed him about his path from astrophysics to community engagement.

Abramson: When I was a kid I was really into Star Trek and wanted to be an astronaut. In high school, I was still interested in space, but also liked the humanities. In college, I majored in physics, but found out that I was not interested in the nanotech or quantum computing work that was the focus at Columbia. When I spent my junior year summer in the Canary Islands with my astronomer cousin, I got exposed to astrophysics research. The process of staring at beautiful objects, analyzing them, and drawing insights from the imagery got me hooked. Later, as an intern at NASA-JPL, I worked on planetary science and knew I wanted to pursue astrophysics.

DR: You are also very involved in community engagement work. How did that start?

Abramson: After the 2016 presidential election, I had a revelation. Professionally, I was spending lots of brain power thinking about distant galaxies. I was studying photons that were emitted even before there was an Earth or Sun. While I stared at light emitted billions of years ago, conditions on my own planet were deteriorating. So, I could spend the rest of my life staring into space, or I could turn some of my attention to the problems on Earth. I realized that being paid to just think hard about things is an extreme privilege. It was selfish of me to be in a position where I only advance my own intellectual goals.

DR: Do you have any role models that influenced your shift in thinking?

Abramson: My grandfather is a life hero of mine. He was a World War II captain who fought at Omaha Beach. And it struck me that by my age he had helped win a war, while I was sitting around looking at photons. My daily interactions were nearly all with people who have PhDs, which is only one percent of Americans. I decided I needed to get out into the real world and do something significant besides astronomy.

DR: What was your jumping off point to local engagement?

Abramson: I began canvassing for Katie Hill’s 2018 campaign to become the Democratic congresswoman from California’s 25th District. I fell in love with talking with people at their doors. It gave me a more representative picture of reality to hear about experiences and perspectives so different from my own. You’d think that cosmology would be mind-opening, but the canvassing gave me new insights into people’s lives and concerns. It was nourishing because it broadened my understanding of our very existence.

DR: Katie Hill won her campaign, then you got elected to the Neighborhood Council. What inspired you to run?

Abramson: I saw that scientists could help improve the living conditions of people, and that engaging in the political process was an effective way to go about it. We spend a lot of time as scientists and engineers learning how to think about very complicated things, but tend not to apply our intellectual and analytic skills outside of our narrow subject areas. If you have our training and curiosity, then the same neurons that drove you to learn about biology or chemistry can be used to solve other problems. I haven’t met a scientist who only got into this field for their own intellectual advancement. People do it because they want to work for the betterment of the species, which inevitably means wanting to improve people’s material conditions. We are members of communities, and it’d be a shame to lock up all our skills and not turn them outwards. 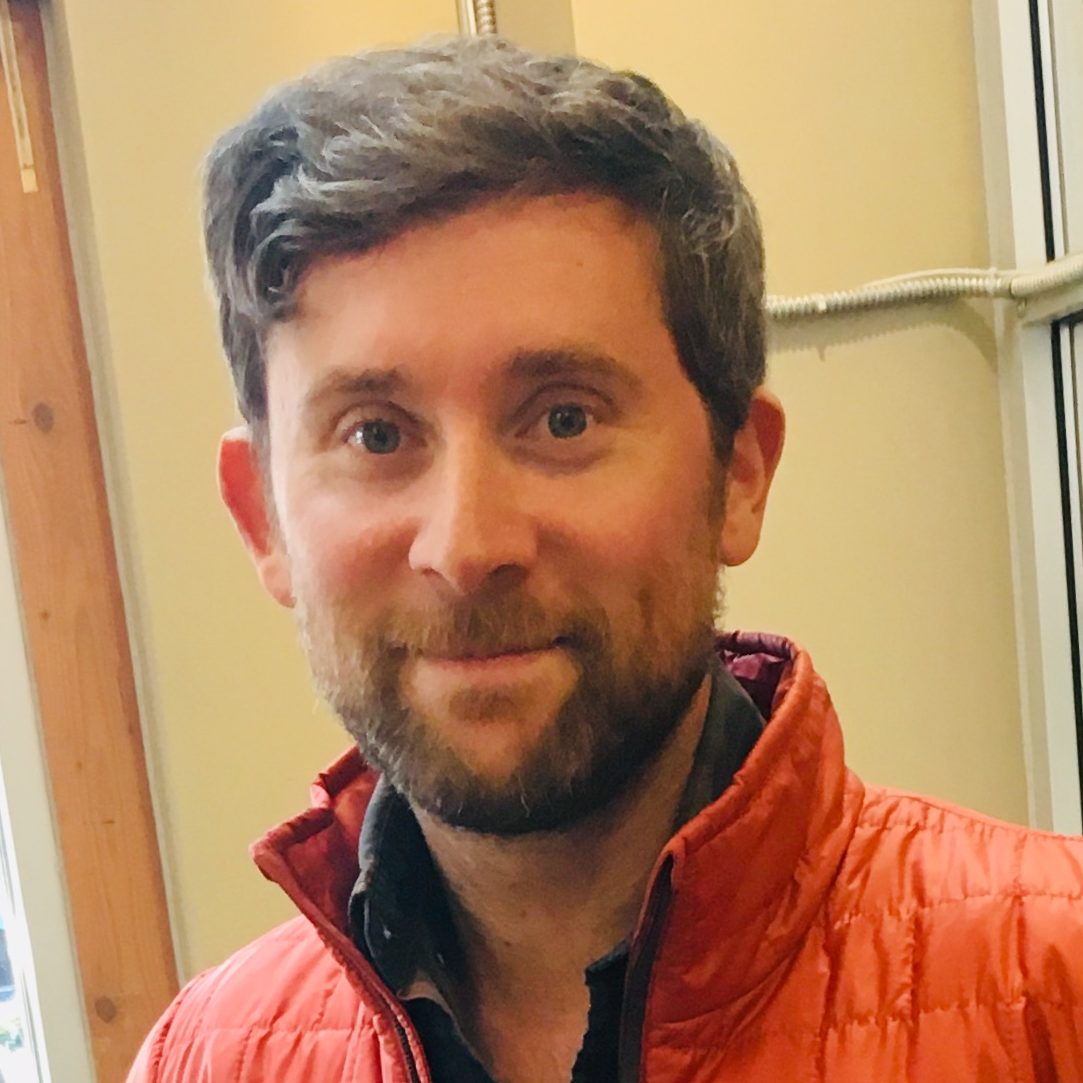 DR: Can you give me an example?

Abramson: If you hear someone talk about their problems getting medication, you’ll want to dissect what they’re saying, understand where the friction points are, and address them. Most people don’t think about systems because they have other things to do with their time, but that’s exactly what we’re trained to do. And it’s been shocking to me how translatable my science analytical skills are to dissecting these terrestrial problems. We have a special training that enables us to get to the core of problems. On the Neighborhood Council, our recent census on homelessness was a synthesis of my technical training and civic engagement. And our work on food relief shows how important it is to marry technical expertise and community empowerment.

DR: How has your community work affected your personal perspectives?

Abramson: It has really changed my life, giving me a sense of whole self. I’ll see people react positively to my inputs that come from scientific training, and I feel my value in these conversations. This work has transformed me to the point where I see myself in the future working more on homelessness than galaxy evolution. In California, there’s a sincere desire to combat climate change, house homeless people, and eliminate hunger. Standing in the way of those things are occasional crummy politicians, but more often inadequately designed systems. Once you see that you can bring a system’s perspective to the problems, it’s compelling to get involved. Our sincerest desires become actual outcomes through this community work. For me, getting locally involved is a way of giving back after plenty of taking.

Abramson: Yes, it has enriched how I approach science and interact with colleagues. Once I started knocking on doors for Katie Hill’s campaign, I encouraged my science colleagues to think about power differently. Some of them knocked on doors with me. Scientists are not trained in advocacy and have a limited vision of what it looks like. Yet, the field of astrophysics has assets that are worth advocating for. My political involvement has taught me the importance of making sure your position is heard by the decision-making apparatus. Scientists doing bench work tend to be boots-on-the-ground, not thinking about these things.

Abramson: Consider Elon Musk’s Starlink venture that’s gearing up to put up to 42,000 satellites into orbit around Earth. The U.S. has many ground-based astronomy assets that would be harmed. Astronomy is privileged because we have a hot product that everyone loves – pictures of galaxies and supernovas. But our government is neutral about it compared to medicine and health. There are terrestrial facilities that are assets of over a billion dollars, such as the Large Synoptic Survey Telescope, and the Thirty Meter and Giant Magellan Telescope, that would face some capacity degradation due to Starlink.

DR: Did you feel prepared as you jumped into the community work focused on homelessness?

Abramson: I didn’t know much. Housing involves zoning, which includes all sorts of interest groups and processes and acronyms, something I’m still learning about every day. It took me a year or two to get up to speed enough on this technical landscape to be able to speak about homelessness.

I’ve also had to learn how to talk with people and listen to their feelings. When you knock on a door, the person who answers is often concerned with issues other than who’s running for office. They may be upset about gas taxes or stop lights. So, you have to meet someone where they are, hear about their reality, and find some dimension to connect on. Every door’s a new challenge because every person is different. You’ll suck at it for a while but have to get over that and knock on the next door.

DR: What has it been like being an elected official?

Abramson: That’s been a learning curve. As an elected official, I’m ethically bound to hold my temper. You must sit and listen to people who you represent but very much disagree with. They may berate you and you must take it without reacting. That’s a learned skill that I’ve gotten better at. The ultimate goal in being a representative of people is to acquire civic grace. It’s the knowledge that the only thing that matters is the human being you are engaging with. You owe them all of the recognition and respect that you’d give somebody who agrees with you. You must offer all your constituents a sincere interest that’s extremely hard to achieve.

DR: How does that compare to what we learn as scientists?

Abramson: A friend who works in politics told me his mantra that “Being right is not enough.” Scientists have to get over the fact that professionally being right is enough. In the real world, being right is step zero. To move the ball forward you have to be with people, understand what they are feeling, and engage with them through communication. If you can’t get other people to recognize your knowledge and act on it, what have you achieved? I’m not suggesting that I do this successfully, but I think this is where we go wrong. Scientists are so fixated on being right that we don’t understand that it’s where the conversation starts, not where it ends.

DR: What would you tell other Ph.D. scientists about getting involved in their communities?

Abramson: I’d make a plea to just DO IT. Dear scientist, I know that there’s an issue you care about. I promise you there is a meeting, weekly or monthly about that issue, so just GO to it. Someone at the meeting will recognize you the 2nd time, the 3rd time they’ll know your name, and the 4th time you’ll be put in charge of a committee. Go to that meeting no matter how crappy or awkward you feel, just try it.

Engineers & Scientists Acting Locally (ESAL) is a non-advocacy, non-political organization. The information in this post is for general informational purposes and does not imply an endorsement by ESAL for any political candidates, businesses, or organizations mentioned herein.
Published: 06/13/21
Updated: 02/7/22