Transitioning into a Science Policy Career with a Fellowship 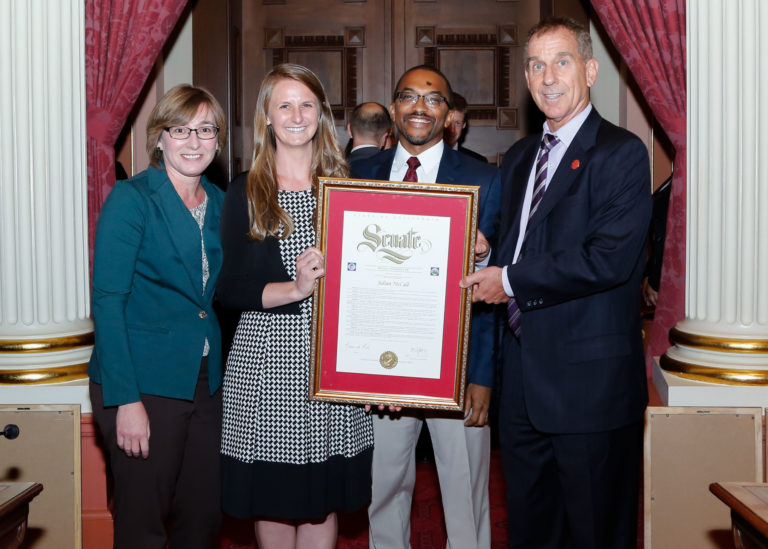 Julianne McCall receives recognition for her work with the California Senate.
Our "Stories from the field" series shares the experiences of engineers and scientists who are making a difference in their communities.
Share this article

bAfter more than a decade conducting research in neuroscience labs, Julianne McCall received a California Council on Science and Technology (CCST) Policy Fellowship in 2016. The program places PhD-level scientists and engineers into the California Senate and Assembly, giving them an opportunity to advise policy makers on key issues while learning about legislative processes and culture. McCall jumped at the opportunity for more – after her Fellowship she accepted a full-time position with the Senate Office of Research, where she currently focuses on scientific research administration policy and public health policy.

McCall: Even from a dark microscopy room, it was impossible to be ignorant of the news, full of stories of well-intentioned people pushing against scientific consensus, such as the benefit of vaccines or the evidence of climate change. I am now embarrassed to admit it, but at first I was largely inattentive to the increasingly political aspects of those movements. I was convinced that, at a certain threshold of quality, the data would speak for itself. I have since come to realize that for societal progress to match the current pace of scientific advancement, a strong bridge of translation is essential between scientists, the public, and policymakers. As someone who was always jumping at an opportunity to organize public science outreach programs, I found a calling. How is the science we are so devoted to in the laboratory actually applied in the infinitely complex settings of the real world?

I am also blessed to have a joyful little sister with disabilities and have seen the very direct implications of medical policy. When we lived in Ohio, families like ours with disabled children were reliant on insurance plans for critical therapies. Often, they didn’t cover the type of evidence-based, intensive therapy that was needed. For low-income families, the situation was often devastating. Those social conditions led me to direct a 120-person volunteer organization while in college, called HOPE for Autism, that provided free specialized therapy to 23 families every day of the week. Here in California, the state has made the deliberate choice to uniformly provide such medically necessary services, regardless of financial means. Being witness to how state policies can be life-changing for the most vulnerable among us stirred a passion that I feel fortunate to finally pursue. When decision-makers encourage a policymaking culture that fosters the use of the scientific method and upholds a high standard of evidence, the better the policy will be. 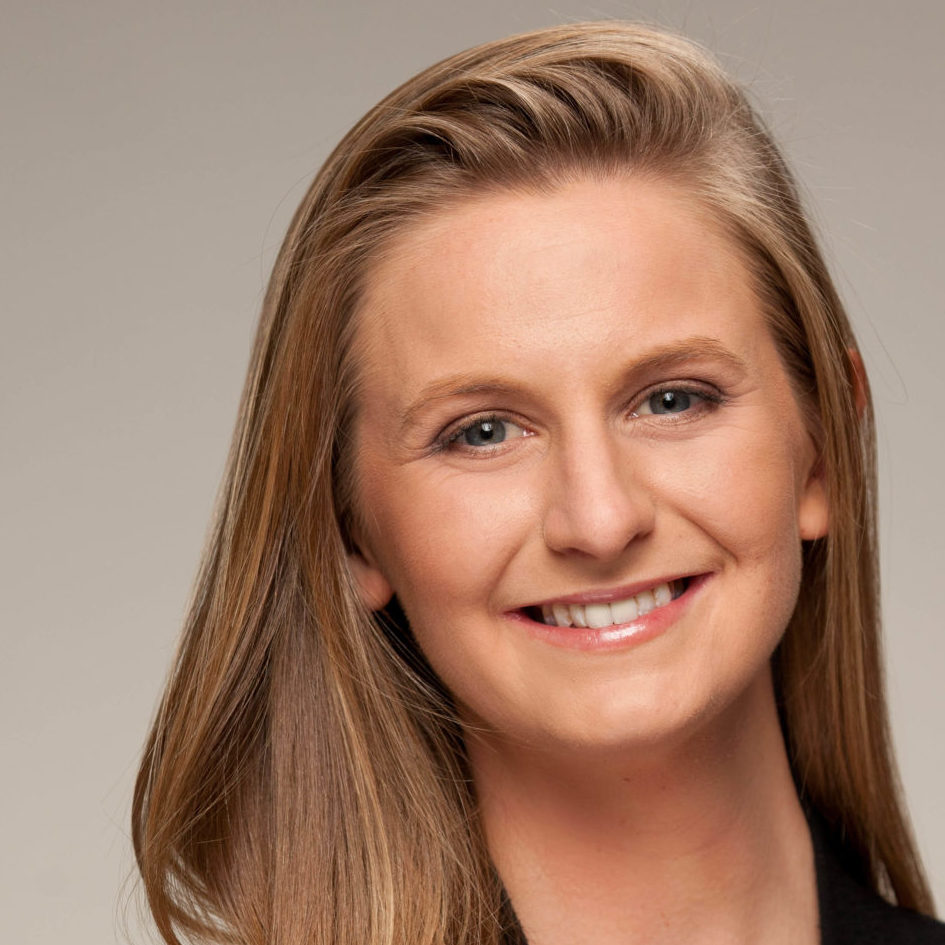 CS: What were your first steps towards transitioning to policy?

McCall: My eyes opened to careers in science policy while attending the World Science Forum in Budapest as a member of the Fulbright delegation. By chance, I was seated next to Rush Holt, CEO of the American Association for the Advancement of Science (AAAS). During a 45-minute conversation while passing historic sites along the Danube, he kindly introduced me to the AAAS policy fellowship program, which places scientists with members of the U.S. Congress and across federal agencies.

When I looked into it, I found the CCST Policy Fellowship, a similar program in my home state. Following an intense month of practical training in drafting bills, analyzing legislation, negotiating amendments, and addressing California-based issues, my assignment was with the Senate Office of Research, and I was fortunate enough to be hired on afterward. I don't want to give the impression that a policy fellowship is the only door to the policy world, but it is one that has benefited me significantly.

CS: How did you adapt the skills you’d developed as a scientist to a place like a state legislature?

McCall: Early on, I worked on an oversight project of the Department of Developmental Services, which provides support for over 320,000 individuals with developmental disabilities and is mandated to collect information to ensure funds are spread fairly across diagnoses and demographics. I wasn't afraid to dive into the data, even when it was messy and complicated. I relished the opportunity to sink my teeth in and to understand what was really happening instead of just believing what I was hearing. At one point, the Director of the Department told me how much she appreciated my engagement during meetings, as my analyses were contributing to improvements that may not have happened otherwise. And that was incredible. That level of impact has really driven my enjoyment of working here.

My scientific training in gene therapy for brain injury, which I had always thought of as very narrow in application, was actually far wider than I ever would've imagined. It turns out that complex genomic analyses match the challenge of considering the needs of millions of unique citizens quite fluidly.

CS: Did you learn anything unexpected from your experience?

McCall: I hadn’t appreciated the burden on policy makers to handle thousands of bills in a single year. During the periods of crafting legislation and deciding how to vote on others, information is constantly flowing in from outside and it's going to reflect the entities that provide it: mostly advocates and corporate interests that have the means to lobby. As a balance, many legislative staff strongly rely on organizational support options like the Senate Office of Research and independent nonprofit, nonpartisan think tanks and academic institutions. They have more impact than they realize.

I also didn't anticipate how much personal interaction would be involved in the policy community. As phenomenal as my scientific mentors have been, in the research world, when I found myself grasping at a concept, without hesitation, I would simply read another study, and another, until I got it. In comparison, the culture of state government is one in which people are genuinely eager to help one another. The experienced staff approach time spent with newer staff as an investment in quality future legislation. For example, I had the chance to attend a meeting with the Deputy Director of the California Environmental Protection Agency, after which she offered me her card and an open invitation to coffee. It’s a delightfully recurring blip in the time-space continuum how everyone, no matter the profession, is constantly inundated and yet somehow can still find time for coffee. 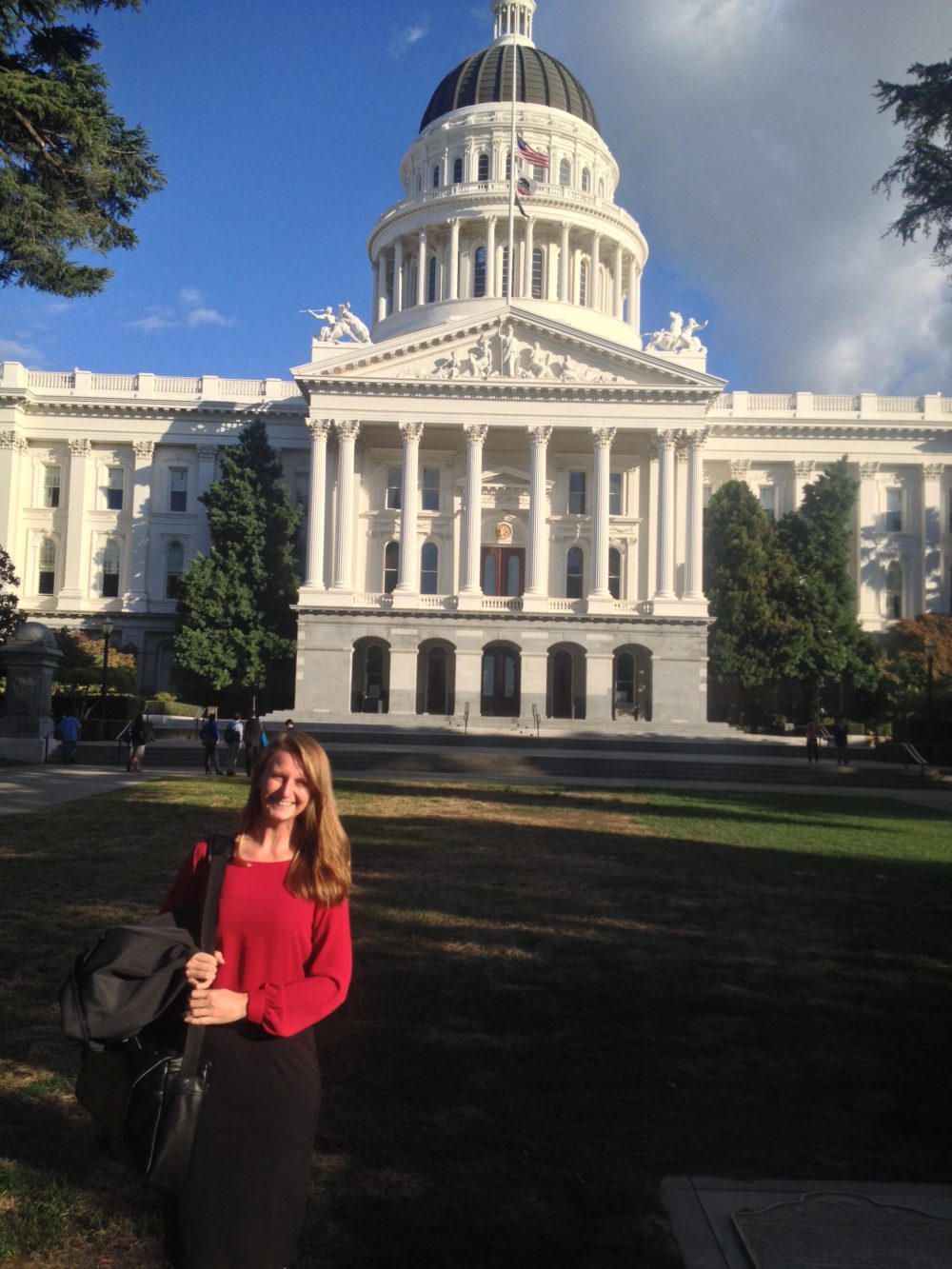 McCall's first day at work as a CCST Fellow.

CS: What advice do you have for scientists and engineers who are interested in getting involved in their communities?

McCall: Policy training programs for scientists, like those offered by AAAS and CCST, are exceptional opportunities to be thoughtfully oriented to the world of policy, but they are not the only avenues to pursuing a career in government. Local opportunities exist in city-, county-, and state-level boards and commissions, which frequently appoint individuals with technical expertise. They can often be found with a simple Google search. Other possibilities exist as state agency scientists, staff of an elected official who writes and shepherds bills through the legislative or regulatory process, a health or environment-focused consultant in a legislative policy committee, or a lobbyist or advocate who closely partners with decision-makers and sponsors technical legislation. The current governor’s appointment vacancies and California state job portal are useful resources.

A scientific background does not limit us to exclusively addressing scientific problems, strictly defined, and that’s the message I would wish to spread widely to my fellow scientists and engineers. Science is all around us. Just because we were trained in a lab doesn’t mean we can’t think outside of one.

Engineers & Scientists Acting Locally (ESAL) is a non-advocacy, non-political organization. The information in this post is for general informational purposes and does not imply an endorsement by ESAL for any political candidates, businesses, or organizations mentioned herein.
Published: 10/28/18
Updated: 09/14/22