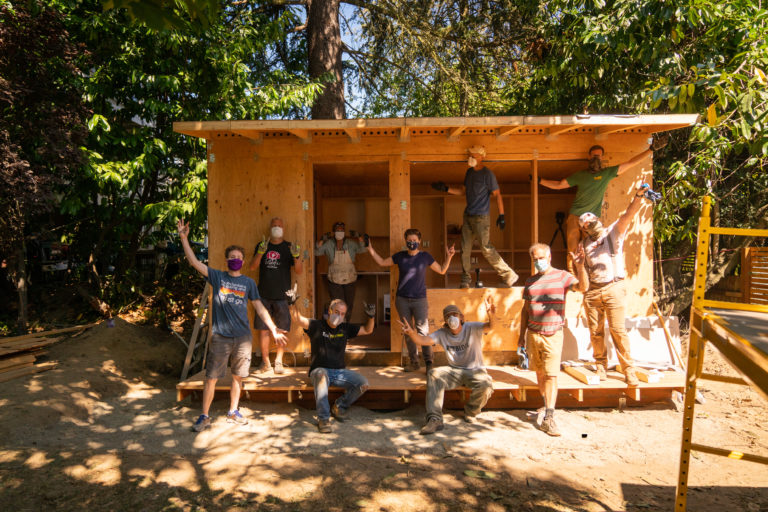 Over the past decade, over 136,000 people have moved to Seattle, and 112,000 affordable units of housing have been lost. Both rent and property values have skyrocketed, with so many people living outside that the city’s poverty level has become more visible than ever before. The BLOCK Project is a grassroots program confronting this challenge. The project builds detached accessory dwelling units in backyards to house people. To date, the project has built 10 homes, with another 5 anticipated within the next year. ESAL spoke with Bernard Troyer, project manager at The BLOCK Project to find out how their work has progressed so far!

RD: How does the Project integrate people in the community?

Troyer: We see the homelessness crisis as a community crisis because, either directly or indirectly, homelessness affects us all. Within the project, land is volunteered by hosts, and we obtain a five-year ground lease to place the BLOCK homes. The BLOCK project serves as the landlord to alleviate any landlord-tenant issues from happening. This allows them to be neighbors! We aim to revive neighborhoods across Seattle and integrate people living outside all across the city, as opposed to other low-income housing or shelter models that remain on the outskirts. We try to promote cross-class integration. 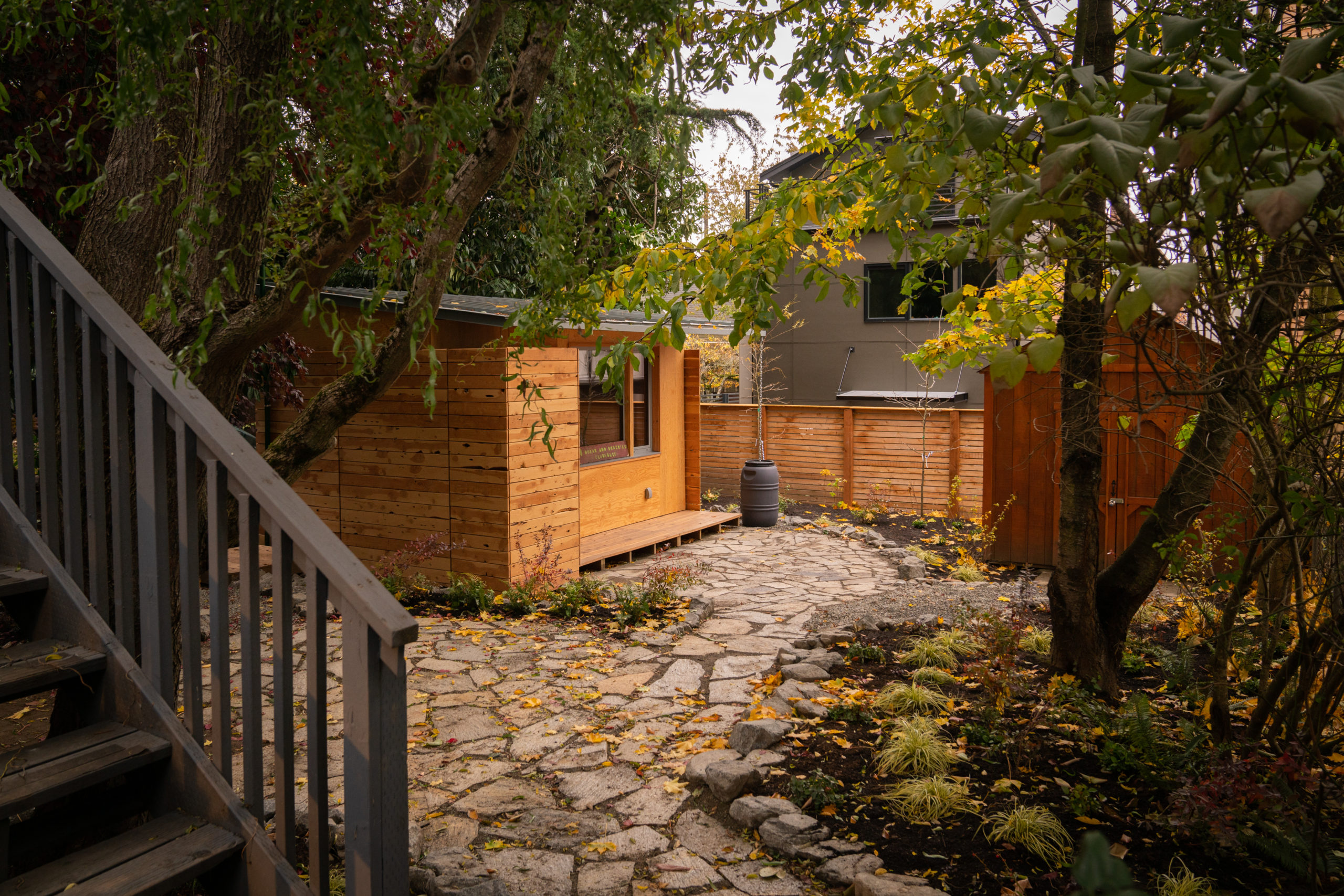 BLOCK homes are built in local backyards and make use of volunteered land.

RD: How willing have people been as you build in residential backyards?

Troyer: Luckily, for us, we have had enough organic interest from hosts to build these homes. In the initial stages, hundreds of people reached out to us, however we were not ready to start placing homes at such scale back then. Furthermore, two-thirds of those people did not have a backyard suitable for us, and a good fraction of them lived outside of Seattle. As far as the support across the neighborhoods, we do not build a BLOCK home in someone's backyard without first engaging the whole neighborhood, as we want to ensure the best environment for all stakeholders involved.

RD: How is the project sustainable?

Troyer: When building these homes, we achieve the highest building standard there is for green construction through the Living Building Challenge certification. It is all about regenerative building! We use 10 solar panels on our BLOCK homes, producing more energy than is consumed. Last year, on our ninth BLOCK home and our first Living Building Challenge home, we launched a pilot program with King County Public Health to harvest the rainwater from the roof and use it for potable water in the sink and the shower. In every aspect of the process, we strive to be sustainable.

RD: How affordable is the project?

Troyer: Across Seattle, 75% of land is a single-family zoning, so there is not much opportunity to put people in affordable housing. Except for backyards. By leveraging the community, which we do at every step from volunteering the land to building the homes, we can build these BLOCK homes for far cheaper than any other solution out there. Our self-sufficient BLOCK homes cost $75,000, inclusive of full hard cost of labor, materials, and the permit, which is markedly low as the average price of the dwelling units in the Pacific Northwest, which is around $180,000. In Seattle the average price of developing low-income housing is at least $330,000 per unit. Through the innovative use of land available in backyards and empowerment of community, the BLOCK Project is able to accomplish permanent supportive low-income housing for less than one quarter the cost of any other model.

Troyer: The homes are not little sheds that we put in a homeowner’s backyard that are made out of cheap materials. No – we are achieving Living Building Challenge certification, and we have thoughtfully selected all the materials and items that go into the BLOCK home. We aim to keep the environment intact but also heighten the health and experience for the resident living in the home, and also the community volunteers building the home. They get to learn what building sustainably really looks like. The home brings dignity to the occupant not only in the design of the home, but also the landscape surrounding it. Not only do we build a BLOCK home, but we also thoughtfully build patios and typically spend up to $2,000 on plants to make the place have a biophilic value and feel more nested in the backyard in a beautiful way. The functional interior of one of the thoughtfully constructed BLOCK homes.

RD: What are some of the successes and challenges in implementing the project?

Troyer: Initially, our biggest challenge was building these homes in an efficient way. This relied on general contractors to support our vision. Due to population growth in Seattle there has been a huge shortage of labor for building homes. We had one of the nation's best general contractors build a home for us on an expedited basis in 2019, and what they accomplished in four weeks we can now do with volunteers in four days. However, we have been able to build all these BLOCK homes out of private donations and an incredible community that was willing to put their faith in us.

RD: Where do you hope the BLOCK project will be in 5 to 10 years’ time?

Troyer: I hope to grow this project beyond Seattle. We don’t know how to do it just yet, but we would love to build these really efficient, beautiful, tiny homes and help support other cities in having their own BLOCK project communities.

RD: What advice do you have for any engineers and scientists that want to get involved?

Troyer: In anything we do, environmental justice is important. It’s a blessing that we get to build sustainable, affordable homes to support the local community. Furthermore, we hope that while volunteers are helping to build these homes, they too are learning what it means to build more sustainably. Scientists and engineers should think of the environmental impact of any project, and just because something is difficult it does not mean it is not worthwhile pursuing.

Engineers & Scientists Acting Locally (ESAL) is a non-advocacy, non-political organization. The information in this post is for general informational purposes and does not imply an endorsement by ESAL for any political candidates, businesses, or organizations mentioned herein.
Published: 02/14/21
Updated: 02/7/22