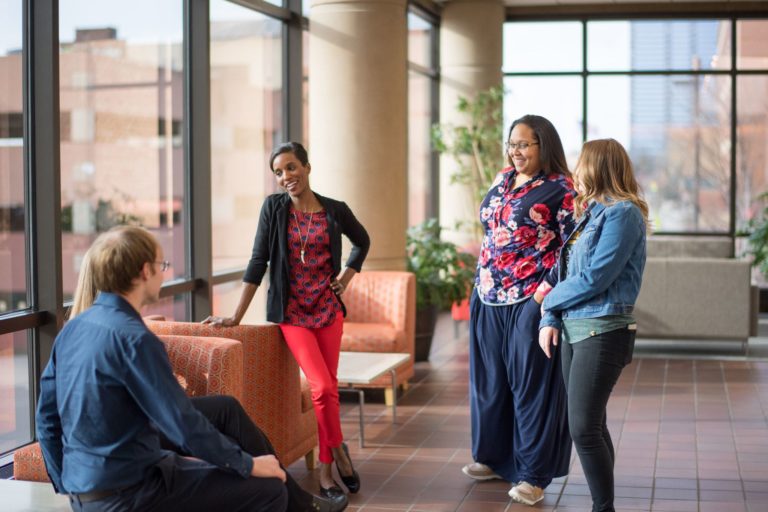 Davia Downey, a Michigan chapter leader of the Scholars Strategy Network.
Our “Local STEM” series highlights local government and community initiatives and organizations in areas that relate to STEM.
Share this article

Launched in an office at Harvard University in 2011, the Scholars Strategy Network (SSN) empowers the nation’s top researchers to harness their knowledge to inform policy at every level. Over 1,000 members in 49 states apply their expertise to real-world problems and use the SSN to connect with decision makers and have an impact in their communities. At the national office headquartered in Massachusetts, Ben Miyamoto, director of membership and research, helps researchers to create partnerships and translate their work into accessible, potent language. Davia Cox Downey, a Michigan chapter leader and an associate professor of public administration at Grand Valley State University, has championed redistricting reform, among other policy efforts, during her time with SSN. Both leaders spoke with ESAL about their work and the future of SSN.

CK: Who are your members and how do local chapters form? 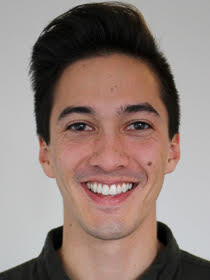 Miyamoto: SSN members are university researchers who are committed to sharing their expertise to improve policy and strengthen democracy. The types of scholars in a chapter varies. The network was founded by social scientists, so they are our largest contingent, but we’re excited to work with scholars in other fields too. We've been working to increase the network’s demographic diversity in a couple of different areas – and outreach to natural scientists has been a core part of those efforts. There are 34 chapters around the country. Some are organized for states, while others are regional. For instance, there are several in California.

Chapters are typically started by two or three excited researchers who either moved from another chapter or were recruited by a colleague for a policy project. They usually have an issue area focus – many form when a few motivated scholars invite colleagues to connect with local leaders working on an issue of local importance, for example, climate adaptation policy, immigration, or criminal justice. Our members volunteer to start chapters to get access to training and logistical support. Our national office helps them get organized and provides a small budget for projects and events that help them connect with local media outlets, policy offices, and civic organizations.

CK: The four key strategies of SSN are to serve policy-makers, maximize media, empower states, and train researchers. Can you discuss those aims?

Miyamoto: I think one way to ground those different strategies is to talk about the research behind them. To develop our Training Researchers to Inform Policy (TRIP) Workshop, we connected with a group of scholars who study the use of research evidence. That research indicates that relationships are really important. Decision makers at all different levels – federal, state, local, and even outside of policy – tend to turn to people they already know and trust when they are looking for new information. With that in mind, SSN helps researchers make connections and build relationships with decision makers. We tend to think about decision makers in three groups: journalists, policymakers, and civic leaders. Journalists help inform public debate with their coverage and keep officials accountable, policymakers plan for, enact, and evaluate policies, and “other” civic leaders, like leaders of grassroots and civic groups, serve communities advocate for policy change. Each one of those decision-maker groups are important for getting research to count in debates about policy.

CK: Professor Downey, how does SSN relate to your work in political science?

Downey: I came to SSN when I was already on the regular research track where you have interesting questions and you publish articles in journals. Yet, I wondered to myself, why doesn’t anybody think about local politics this way? Or education policy this way? Or emergency management policy this way? Nobody hears it. Then, through my participation with Michigan Proposition 2, which was focused on redistricting, I recognized that there was another way to use the research efforts of scholars and mathematicians. There's so much data out there, but it has to be easily digestible, especially with citizen propositions. We had to take something complicated like redistricting, which impact elections and infiltrates every single component of what we do in politics in the United States, into tight blurbs. You need to speak to regular people and they need to be able to understand and use data in a way that helps them to make good decisions. That’s one thing that SSN is doing on the ground. As we get bigger and develop new chapters, there's just even more of an opportunity to translate big conceptual ideas and impact all areas of policy.

CK: Tell me about the trainings SSN offers and why they are important.

Miyamoto: We have a number of trainings. In addition to the TRIP training, we run several media engagement trainings, one on how to write op-eds, and others to prepare researchers to give interviews on television or radio. Beyond the trainings we also offer one-to-one coaching for our members and chapter leaders. The research timeline, the policy timeline, and the news timeline all run at very different speeds. As a researcher, trying to build relationships with the key decision makers can seem like a huge task. You need to figure out who to talk to, when you should talk to them, and then what contribution you can make with your expertise. A lot of what SSN does is simply demystifying the timeline, providing tips about when research is going to be helpful to a policymaker or, more often, their legislative staff. We help researchers find easy, low-cost ways to insert their expertise by offering concise research summaries to policy staff or journalists during critical times. We also help our members reach out to policy makers and civic leaders, plan their first meeting and follow-up promptly – basic things that can feel overwhelming without a little know-how.

CK: Can you elaborate on a success story based on the trainings?

Downey: We had written a white paper for the Institute for Public Policy and Social Research at Michigan State University because they had provided some funding for us to do a survey of the nonprofits in Flint and Detroit. Another Michigan SSN chapter leader, Sarah Reckhow, contacted me after she went through our media training. She was like, “let's see if we can pitch this idea to The Monkey Cage (a political science blog on The Washington Post).” We pitched it and they were like, “yes, we think that's a cool story, we want to hear more about it.” Our white paper was technical and had a lot of jargon and data in it, so we had to write an op-ed piece. The op-ed was about cities in distress and how nonprofits can be part of the answer, but are not the answer. So through the SSN training, we were able to create an op-ed that not only had national visibility, but also had traction and resonance with people here in Michigan, and in local government as well.

CK: What do you envision the impact of SSN will be going forward?

Downey: For the Michigan chapter, we’d like to have more contact with our state legislature. Having worked on a political campaign via the Citizens Redistricting Commission, which is now part of Michigan’s government because it was passed by vote in 2018, I know there's specific need for the Commission to have input from political scientists and mathematicians who know how to look at a gerrymander. They can help the Commission do its work. They need research on how socioeconomic variables impact redistricting. Our mission for the next year or two is to bridge that direct gap between state decision makers, policymakers, and members of the state legislature.

Miyamoto: Our national staff will continue helping researchers with one-to-one and group trainings so they can respond to needs of policymakers and journalists. Once members have made connections and built relationships, it's much easier to go to a civic leader or reporter and say, “I know that you're probably thinking about x, y, or z based on the conversation we had, if you are, I’d love to help!” We’re also in conversation with a number of leaders at academic professional associations, colleges and universities, and other civic organizations who are working on building bridges between the academy and local decision makers. SSN is becoming an important player in a lot of states and I think we could, in the future, help answer some essential questions about the relationship between knowledge and power in the U.S., especially at the state and local level.

Engineers & Scientists Acting Locally (ESAL) is a non-advocacy, non-political organization. The information in this post is for general informational purposes and does not imply an endorsement by ESAL for any political candidates, businesses, or organizations mentioned herein.
Published: 11/13/19
Updated: 09/14/22