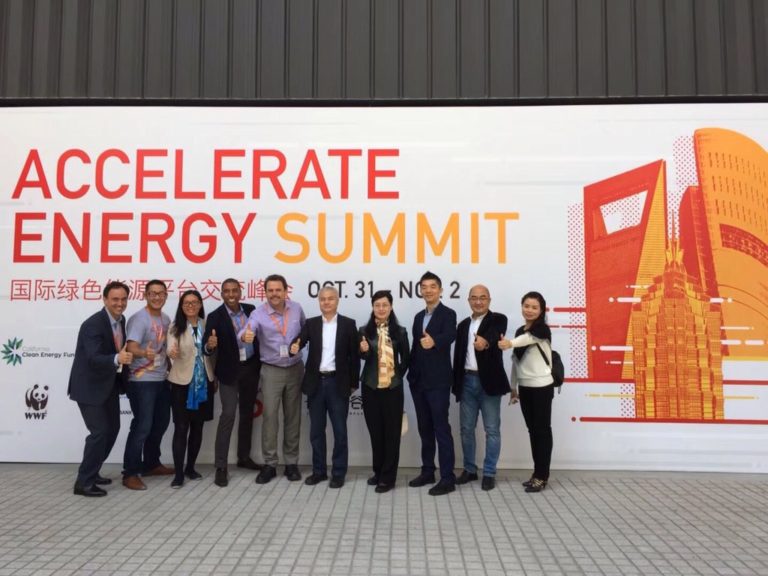 New Energy Nexus hosts the Accelerate Energy Summit, the largest annual gathering of leading clean energy incubators and accelerators from around the world.
Our “Local STEM” series highlights local government and community initiatives and organizations in areas that relate to STEM.
Share this article

From his work in the Department of Energy and the White House during the Obama administration to his role at the California Clean Energy Fund (CalCEF), Ken Alston has been embedded in clean energy development for years. As the chief of staff of New Energy Nexus, an organization that evolved from CalCEF, Alston focuses on supporting entrepreneurs and international startups. The organization’s ambitious platform includes elevating 100,000 startups by 2030 in a quest to reach 100% clean energy. Alston spoke to ESAL about the ingredients for successful startups and his view of how to meet New Energy Nexus’ goals.

Alston: First, I had been in the Bay Area prior to working in DC for the Obama administration, so I had a good sense of the vibrancy of the startup ecosystem. The second thing is that this organization really excited me because of the track record -- it had over 15 years supporting clean energy startups through funding and through connections. Third, I was excited about the caliber of people.

CK: What does New Energy Nexus aim to do? 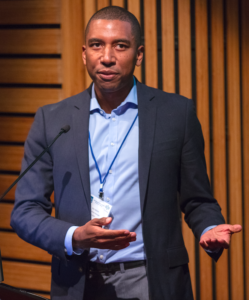 Alston: At CalCEF, we realized that the clean energy transition was happening not just in California but across the globe, and we really wanted to be a sponsor of that global transition. We also wanted CalCEF to be positioned to specifically support clean energy entrepreneurs who drive a lot of that change. We rebranded the organization as New Energy Nexus, which had been the name of our international program. We have a range of programs to support clean energy entrepreneurs in the different geographies that we operate in, which are the US, China, India, Southeast Asia, and East Africa. And this is all towards a vision of a world with a 100% clean energy economy for 100% of the population in the shortest time possible.

CK: How is the organization building a thriving startup ecosystem?

Alston: We’re reaching just north of 20 people on our staff across these various geographies with plans to grow during the next year. Over the last two years, we’ve worked in a number of new markets. We’ve gone deep into Indonesia for example, where we have an office. We just added staff in Thailand and the Philippines. We have an office in China. These are many of the markets that are going to be crucial for  the development of clean energy technologies. We have more than 90 startup accelerators that are part of our network around the world in over 20 countries. We share our local contacts, funding opportunities, and facilities like workspaces with new entrepreneurs. So we aim to create a whole ecosystem and network that can support entrepreneurs as they’re undergoing their journey.

CK: What are the biggest challenges for clean energy entrepreneurs?

Alston: One challenge in the clean energy space is that the pathway to developing a successful startup can be time-intensive and capital-intensive. It takes a lot of persistence for an entrepreneur to work on their idea and sometimes overcome very difficult technical challenges. You also need the right mix of capital and other support to persist. Another challenge is that you’re taking on incumbent industries and technologies that have decades of a head start. This happens to entrepreneurs in all sorts of spaces. But  the energy industry is one where we encourage economies of scale to reduce costs the customers.

CK: What are the biggest opportunities?

Alston: One opportunity is that the narrative has changed. There’s better recognition than there has ever been that we’re on a pathway to clean energy technologies. There are examples all around us -- from electric vehicles on the roads and adoption of renewable energy technologies, to constructing more energy efficient buildings. We've hit an inflection point in this transition. It’s obvious it’s happening and is being supported by the largest companies, lawyers, and investors in the world in this area. That puts wind at the backs of entrepreneurs.

CK: What do you think makes a successful energy startup?

Alston: There’s no one formula, but there are some qualities that we see as vital. I think persistence is a big part of the mix. This is a space where it takes time and it takes overcoming a lot of barriers to develop a company that will be successful and thrive and reach its objective. It’s also actively sculpting relationships with investors, mentors, and even other companies. Sometimes startups don’t think to develop a relationship with investors until they’re at the point of seeking investment. That’s something we’re working on in our programs. The way that startups are funded nowadays is that it takes more than just traditional venture capital investments to make it. The startups that we work with are pursuing a mix of grants and contract opportunities.

Alston: We aim to have a 100% clean energy economy for 100% of people. We’ve put thought into how we’re going to get it there. We know that we need a substantial amount of new innovation across critical markets, so we broke down the ways that we can be a part of that by supporting startups. Our goal is to fund more than 50 startups per year, accelerate to 150-200 startups per year, connect over a thousand startups with our networks, and reach 20,000 startups per year by inspiring others.

Engineers & Scientists Acting Locally (ESAL) is a non-advocacy, non-political organization. The information in this post is for general informational purposes and does not imply an endorsement by ESAL for any political candidates, businesses, or organizations mentioned herein.
Published: 07/14/19
Updated: 08/16/22