Cleaning Up Our Investments to Keep Earth Habitable 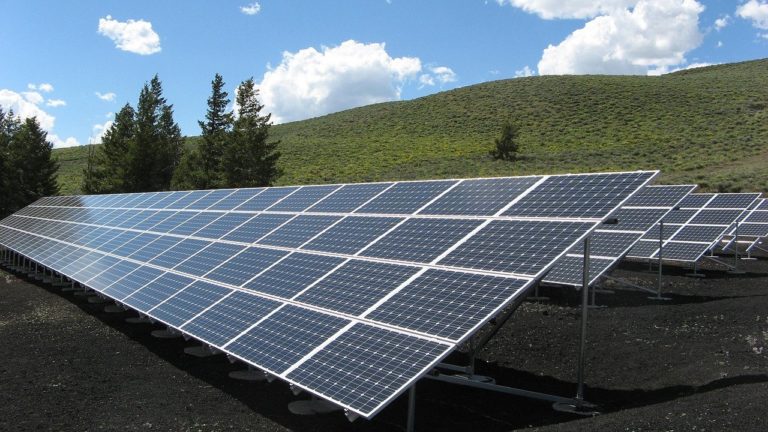 Mikkelsen founded ClimateLink, which connects climate and sustainability startups with sources of capital
Our "Stories from the field" series shares the experiences of engineers and scientists who are making a difference in their communities.
Share this article

Ravi Mikkelsen makes no secret of his commitment to bringing about “massively positive social impacts” by doing whatever it takes to curb global climate change. Mikkelsen is the co-founder of ATMOS Financial, an organization which builds banking solutions that allow customers to have a direct impact on the transition to a clean economy. He also founded ClimateLink, which connects climate and sustainability startups with sources of capital. Mikkelsen holds a degree in materials science and engineering from the University of Washington, where he studied materials for hydrogen fuels and co-founded the Breathable Bus Coalition, a nonprofit to promote biodiesel-fueled school buses. ESAL interviewed Mikkelsen about how he uses his technological background for positive change.

DR: In other forums you’ve discussed your dedication to improving our future. How did you get your start?

Mikkelsen: I had a moment of epiphany during my freshman orientation at the University of Washington. When I heard about a program that would let me research renewable energy, something caught fire in me. Since then, I’ve spent some part of each and every day thinking about it.

As an undergraduate, I focused on emerging technologies, such as hydrogen fuel cells, photovoltaics, and biodiesel. I learned about systems thinking and spent my post-college years trying to create solutions through energy generation and management technologies.

DR: You were targeting technologies that could replace fossil fuels? 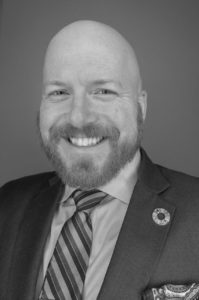 Mikkelsen: Yes, we have this immediate problem that we are combusting too much fossil fuel. In addition to making hazardous ground-level pollution, it also generates greenhouse gases which are warming our planet. We’ve got to develop and deploy other technologies to replace all fossil fuel-combusting machines.

DR: Did you ultimately find limitations with the technological approach?

Mikkelsen: I realized about five years ago that capital is the Archimedes lever to move the planet on climate change. To have the greatest chance of achieving my mission, I needed to change my strategy. Without capital, those new energy technologies can’t make it to market. Since then, I have focused on developing various modes of capital deployment – in renewable energy and climate-focused startups.

DR: Please tell us about the ClimateLink.

Mikkelsen: It’s difficult for climate startups to get the investment capital to get off the ground. The network of relevant investors is somewhat hidden from startups. Not all climate tech startups are ready for venture capital, but instead need philanthropic or government support to further develop their solution. ClimateLink’s goal is to match technologies with suitable capital for their stage of development, type of technology, geographic location, and other factors.

DR: What in your background gave you the gumption to take this on?

Mikkelsen: I attribute it to systems thinking. ClimateLink hosts events series and meetups so that promising climate technology startups get connected to the funding they need. I found where investors congregate, got introductions, and gradually built a network. ClimateLink became known as a place with really interesting startups, and each new participant brought their network with them. The system works because we are all after the same thing – to develop and deploy these technologies.

DR: It’s like you created a match.com for investors and startups who care about our carbon future. What skills did you need to acquire to make it work?

Mikkelsen: I had to change my communication to have a more active voice in my writing. In engineering school, we learn to remove the active voice, making our lab reports neutral and unbiased. But technical writing does not appeal to people on an emotional level like good marketing does. Scientists have shown data about climate change for decades, but people haven’t budged.

I also had to learn a lot about finance! In 2016, I developed a loan model to incorporate residential solar loans into home mortgages. It wasn’t my training, but I analyzed the system and saw who the actors were – homeowners, solar contractors, installers, bank mortgage providers, and, peripherally, the regulatory agencies. Seeing the inputs and outputs to the system, I found a way it could be set up so that everyone wins: the cost of solar goes down and more systems are deployed.

DR: Can you tell us about your recent efforts around banking?

Mikkelsen: In October 2018, the IPCC released a report that showed we need tens of trillions of dollars just to replace our fossil energy system if we’re going to have a decent chance of keeping global temperatures from rising more than 1.5 degrees by 2100. Deployable capital in the range of trillions of dollars is only available from federal governments and the global banking sector, which has about $150 trillion in assets. I realized that we needed a bank entirely dedicated to the transition to a clean and equitable economy.

DR: Did you find such a bank in our existing economic structure?

Mikkelsen: No. Even people working in the clean energy space don’t realize that the banks holding our deposits are working against us. The top four banks hold about 40% of the $15 trillion in deposits in the U.S. And the top 50 banks hold more than 70%. Most people have an account with one of those banks, which are the largest funders of fossil fuel extraction in the world. Even university endowments and other “divested” funds are likely using one of the large banking institutions for their cash.

As depositors, we really don’t have agency over what our money does, which is one reason that people feel so helpless against climate change. A survey revealed that the vast majority of people don’t know what their bank does with their money. So, I realized that I had to start a bank built entirely around funding climate-positive infrastructure.

DR: That fire that caught hold of you in college just keeps burning – what pushed you to make such a huge step?

Mikkelsen: As a young child, I was taught that if you become aware of a problem and think you have a solution, you become responsible for resolving the problem. Suddenly, this investment situation was my problem. If people knew they could make a difference in climate change by just moving their money, it could reduce the anxiety people are feeling. Our deposits are an incredibly powerful tool for bringing about a rapid transition to a clean economy for all.

DR: How do you learn how to start a bank?

Mikkelsen: I went to the banking regulatory website – the Office of the Comptroller of the Currency – and read about 1,000 pages of regulatory documentation. That gave me the rough blueprint for pursuing a federal charter. Something called a neobank has emerged recently – a digital bank with no physical branches that partners with an existing bank. The established bank provides FDIC insurance and other protections that a person would want in a banking account. The neobank creates the software application that directs where deposits go. ATMOS is a neobank directed entirely at climate infrastructure.

DR: Is ATMOS open yet?

Mikkelsen: We are opening consumer accounts in a few months, for which we are doing the engineering now. Other neobanks are emerging, including ones with environmentally and socially positive missions, but ATMOS will be the first wholly focused on funding decarbonization. It measures the carbon impact of your deposits and rewards your commitment to climate change with cash bonuses and higher yields. That is what we need – for it to pay to be green.

DR: Has it been difficult to get people engaged?

Mikkelsen: It’s a stage by stage process, but we discovered that people want this. They want agency to have a positive effect on the world they live in. People can get behind the mission. It’s the mission that keeps driving it forward. We only have one planet to live on and we need to save it.

DR: How about some advice to other people who want to have a huge social impact?

Mikkelsen: Everyone has their own set of skills and desires. Climate is not a singular category, but it touches absolutely everything that we do on this planet. I don’t think there is anything that cannot be put towards helping with climate. Look at your training, look at your interests, and take advantage of existing resources on climate change. Pick the problem that calls out to you and put your skills to work – on energy, water, food, soil management, urban planning to reduce commuting, walkability, etc.

DR: What can you do in your own community?

Mikkelsen: Use that same process of identifying problems and figuring out how to solve them. You can serve as an explainer for people who are scientifically illiterate or innumerate to gain access to reliable data during this disinformation age. You can serve as a disaster service volunteer through the national CERT program, which trains people to be first responders to an emergency. I am a City of Oakland worker, which prepares me to help myself, my family, my home, my neighbors, and strangers during a disaster. We can each do so much.

We are a lot more powerful than we think.

Engineers & Scientists Acting Locally (ESAL) is a non-advocacy, non-political organization. The information in this post is for general informational purposes and does not imply an endorsement by ESAL for any political candidates, businesses, or organizations mentioned herein.
Published: 09/29/20
Updated: 08/16/22