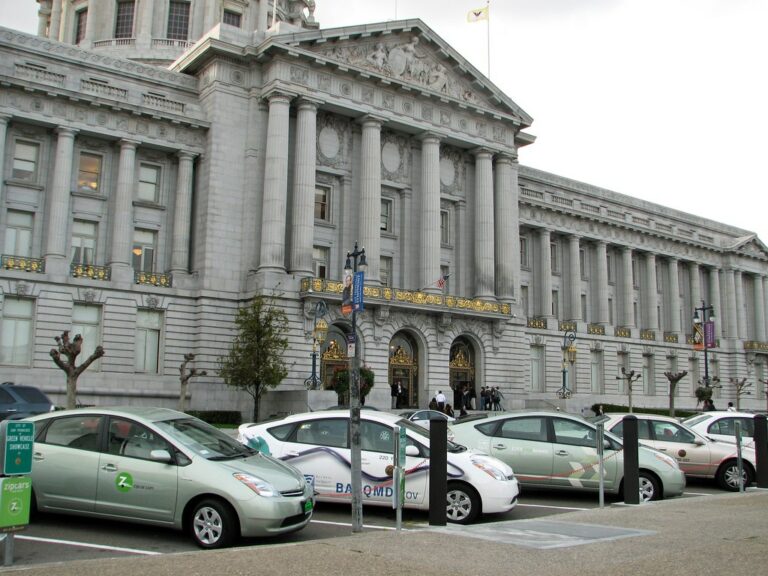 A version of this post appeared on August 30, 2017 in the Union of Concerned Scientists' blog. The original post can be viewed here. The post is reprinted here with permission.

I first heard this phrase as a child who had just learned about Earth Day at school. To my 11 year old self, it felt empowering; I could help the environment by recycling and conserving water. While the idea of taking action to solve pressing problems continued to inspire me through to adulthood, I’ve recently come to fully appreciate the importance of local action.

After I had spent several years in Washington, D.C., first as a legislative adviser in Congress and then as an analyst in the White House, life brought me to California where I now work as a technologist. Missing my connection to government, I successfully applied for an appointment to a standing task force in my city, Hayward, California. During this time, part of my technology work has included developing data-enabled solutions for distributed renewables such as rooftop solar and on-site batteries. While I left federal government believing I was leaving behind the ability to significantly impact policy issues that mattered to me, the intersection of my professional and my community work have shown me the importance of local government engagement.

Reflecting on my local engagement, two themes have emerged:

Despite its possibilities, local involvement seems to be the exception for people who are interested in science-related policy. Most of the scientists I know are unaware of how they can become involved locally and don’t realize they can have an impact. For this reason, I founded Engineers & Scientists Acting Locally (ESAL).

ESAL is a non-partisan, non-advocacy organization dedicated to helping engineers & scientists increase their engagement in their city, state, and regional governments and communities. We are currently assessing interests and engagement levels of engineers and scientists. If you are a scientist or engineer, please share your interests and experiences with us through this survey. We also invite you to join our listserv to learn more about our future activities and let us know if you’d like to help expand ESAL.

The work of organizations like UCS helps engineers, scientists, and members of the broader public understand the critical role that science and technology plays across policy issues. This awareness has made technically informed discussions an integral part of policy formulation at the federal level. Local governments also grapple with important science-related issues. By getting involved as an engaged citizen, advocate, and volunteer in your local community, you can help shape local policies that align with global solutions.

Local Government
Engineers & Scientists Acting Locally (ESAL) is a non-advocacy, non-political organization. The information in this post is for general informational purposes and does not imply an endorsement by ESAL for any political candidates, businesses, or organizations mentioned herein.
Published: 08/30/17
Updated: 09/15/22