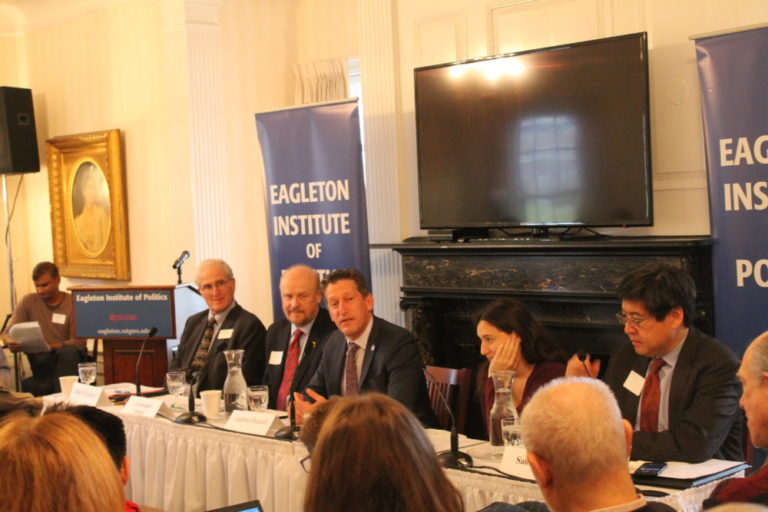 The Eagleton Institute of Politics—part of Rutgers University-New Brunswick—recently launched a science and politics fellowship that will allow PhD-level scientists and engineers to work on policy problems in New Jersey’s state government. Eagleton’s program joins a growing suite of science-policy fellowships, such as those run by California Council on Science and Technology and AAAS.

Three leaders from the Institute—Randi Chmielewski, Anna Dulencin, and John Weingart—described how the new fellowship came about and how fellows will support state policy-making efforts.

CK: Can you describe the Eagleton Institute of Politics and what the Institute does?

Weingart: We're the part of Rutgers University that focuses on politics. The Institute includes a graduate program that enables 27 students to do a part-time overlay of politics on top of their chosen fields of study.

Chmielewski: Overall, the mission of the Institute is to connect the study with the practice of politics. We look at how the American political system currently works, how it changes, and how it might work better. 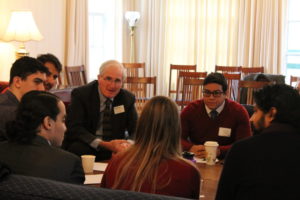 CK: You have a new state fellowship program that's in the works. What was the impetus for the program?

Chmielewski: On a very macro level, if there is a group of PhD-level scientists who want to be involved in the political process, and a group of elected officials and governmental officials who want to make evidence-based policy, we want to connect those communities.

Weingart: A couple of things coincided to push us in this direction. One was the fact that we had a congressman in New Jersey for 16 years who was very generous with his time [former Congressman Rush Holt, current CEO of AAAS]. He came to speak in a number of different settings at Rutgers about the importance of scientists in politics.

CK: Tell me more about how the fellowship will work. How are fellows selected and what kind of training will they receive?

Dulencin: The minimum requirements for these fellows will be a PhD in science, engineering, or technology. We're pulling from across the country. We hope to find folks who are very interested in the process of policy-making and politics, and who can bring a wealth of experience as scientists to policymakers. For about two weeks in July, we will have training that will build skills in scientific communication and communication in general, as well as in government and power structures. After the two weeks of seminars, the fellows will be matched in either the executive branch or the state legislature for a one-year appointment.

CK: What was the model for structuring the fellowship?

Weingart: A significant factor was the CCST fellowship in California. In 2016, the Gordon and Betty Moore Foundation and the Simons Foundation were giving small grants to a number of states to do something similar. We, as it happened, learned about that because Andrew Zwicker, a physicist who had recently become a member of the state assembly, let us know. Then we got one of the small planning grants. So that led us down this path of creating the program, and along the way it put us in contact with other states who were thinking similarly. Assemblyman Zwicker also succeeded in getting money from the state budget. For the fiscal year, 2018-2019, there is money specifically to come to the Eagleton Institute to fund the fellowship program for up to four fellows.

Chmielewski: Assembly Speaker Craig Coughlin, too, has really made science, innovation, and technology a priority from the legislative side. There's a new committee on science, innovation, and technology in the Assembly. Our recently elected governor, Phil Murphy, has been supportive too. He has announced a new Innovation Hub in New Brunswick. We've been very fortunate that there's an interest in this area.

CK: What advice would you give to folks in different states who are setting up their own programs?

Chmielewski: When you develop a program in politics, you set up a plan. But then you need to listen and adapt along the way to opportunities, for instance, by listening to students about where their interests lie and what would work for their life. There's no road map for how to do this. You just need to be comfortable with that and not to be discouraged that there isn't a how-to guide to get it done. 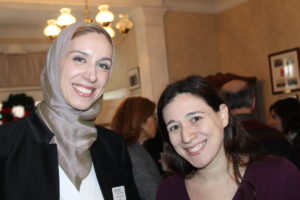 CK: What kind of impact do you envision that the fellows will have on the New Jersey General Assembly?

Weingart: They will each do valuable work and will make state policy better informed in their areas. Some of them will stay in government, or consider careers in government, and ultimately this will expand a pathway to get significant scientific expertise in state government decision-making.

Chmielewski: Even for those fellows who might choose to go back to the bench and not spend a full career in politics, there is tremendous value in having a first-hand, in-depth understanding of how the political process works. Hopefully this experience will translate to other kinds of political engagement and understanding the mechanisms of policy-making.

At the Eagleton Institute, Weingart is the associate director, Chmielewski is the director of institutional planning and external affairs, and Dulencin is the program coordinator for the Science and Politics Initiative. Interested candidates can find more information about the fellowship on their website.

Engineers & Scientists Acting Locally (ESAL) is a non-advocacy, non-political organization. The information in this post is for general informational purposes and does not imply an endorsement by ESAL for any political candidates, businesses, or organizations mentioned herein.
Published: 12/9/18
Updated: 09/14/22

Scientific Citizenship Initiative
Fellowship Sparks Local Progress Toward Climate Resilience
Apply for a Local Policy Fellowship
From Neuroscientist to Running for Public Office
Transitioning into a Science Policy Career with a Fellowship
COVES: Serving in the Finance and Appropriations Committee
MOST Policy Initiative: A Midwestern Take on Science Policy
Thriving Earth Exchange: Connecting Scientists and Communities