Since March 24, USDR has worked with dozens of government teams to learn about their needs and matched volunteers to more than 160 projects.
Share this article

U.S. Digital Response (USDR) is an all-volunteer movement that was established to fill the technology gap for local governments battling the COVID-19 crisis. Headquartered out of San Francisco, it was co-founded by Raylene Yung — a former product engineering executive at Facebook and Stripe — along with Jennifer Pahlka, Cori Zarek, and Ryan Panchadsaram, who have roots in Code for America and the U.S. Digital Service under the Obama administration. In some ways, today’s U.S. Digital Response is an evolution of those earlier organizations, with one defining difference being its ability to launch a “rapid response.” In roughly five weeks since inception, as of late April 2020, they’ve amassed over 5,000 volunteers with wide-ranging expertise — from all 50 states plus the District of Columbia, Puerto Rico, and international countries — growing much faster than your typical Silicon Valley startup. ESAL interviewed Yung, the CEO of U.S. Digital Response, about their continuing efforts to assist governments across state and municipal jurisdictions.

LZ: What was the genesis of U.S Digital Response? 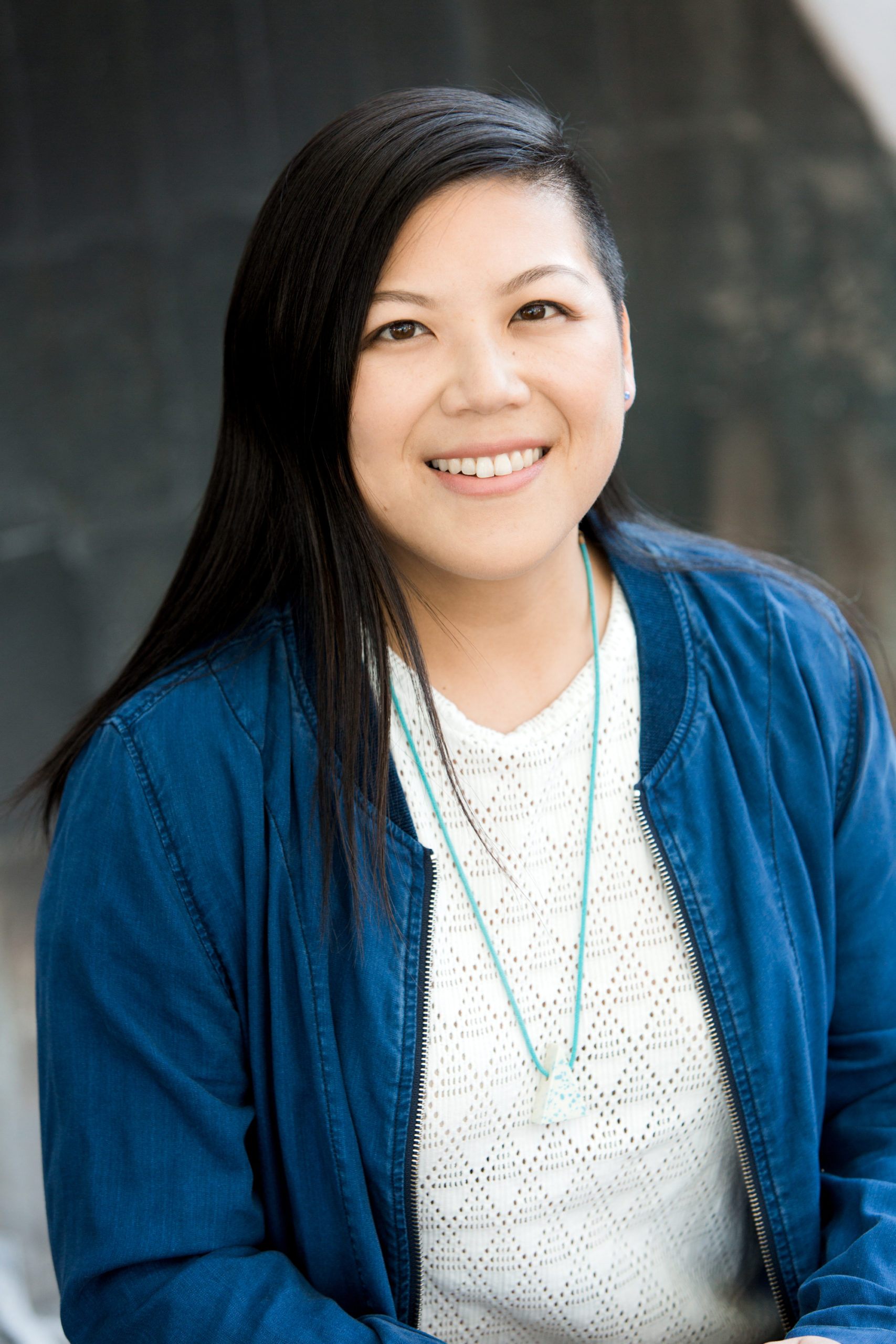 Yung: I’ve been interested in civic tech for a while. I met Jen Pahlka when I was taking time off to learn about policy and to do a fellowship at the Aspen Tech Policy Hub. Fast forward to just days after my fellowship ended, we were all in quarantine in San Francisco when Jen reached out to me and asked, “We're working on some efforts for COVID response. Are you interested?” Basically within that day, I got on a call with Jen, Cori, and Ryan —  all three of whom were former U.S. Deputy Chief Technology Officers.

From the beginning, we’ve always had a great mix of tech and government experience, so we’ve drawn from both the tech industry and “gov tech” circles. Our volunteer database has people from Facebook, Stripe, Airbnb, Dropbox, and every company you can imagine. On the government side, we went through a personalized outreach by leveraging contacts. It was very grassroots to start, but very rapidly, the operation turned into what looks like a fast-growing startup. We use all digital communication tools and hold daily sync meetings. That’s where the tech background of our core team comes in.

LZ: What approach does USDR take in working with state and local governments?

Yung: The motivation was seeing that government services were going to be overwhelmed by the COVID-19 crisis. Our guiding rule is to help governments scale and respond by using a new paradigm of digital infrastructure. We try to break problems down into smaller systems that can be improved, using open source or otherwise componentized solutions over the big monolithic mainframes of the past. A couple slogans that describe what we do are, first, building back better. The systems are overloaded and need to be improved, but in that process of improvement, how do we replace it with something better? Second, we move at the speed of need. We have a lot of startup DNA, which includes the sheer speed of our response and an iterative style of working. We get back to governments that write in within 24 hours, and we’ll often have a team assembled within one or two days. We try to make use of existing tools, and everything we build tends to be open source and easily customizable.

LZ: What are the biggest pain points for governments?

Yung: Right now, nationwide, there’s an unprecedented demand for benefit programs — EBT food benefits, unemployment insurance, and small business loans — just a wide range of services. These things are not new by any means. But what’s happening is the load on existing systems is increasing by a ton. The federal CARES Act and related stimulus bills are injecting new sources of money, but also creating parallel processes. One good example is unemployment insurance: there’s always been regular unemployment benefits, but now there's a new pool of money for pandemic unemployment assistance (PUA). And you’re only eligible for PUA if you don’t qualify for regular unemployment. States have to figure out how to reconcile the two processes. Do you make people apply for unemployment to only fail and then reapply for PUA? I think most states are trying to integrate it into one mega-system, but a lot of these systems are pretty old and just hard to work with.

LZ: What other projects has USDR been tackling?

Yung: In this time of crisis, things go hyper-local. We’re seeing a lot of cities that need volunteer matching — finding people nearby who can do volunteer shifts. We built a tool called Neighbor Express. It was originally designed for one city in California (Concord, CA) to find volunteers to deliver food to senior citizens using Meals on Wheels. Then, we saw it was such a common need that we launched it in two more cities and also published it on GitHub. Now there are more cities, including in Canada and other countries, that are making their own version by forking from ours. What’s even cooler is — sending food to senior citizens is one thing — but we were able to take a lot of the same learnings and use them to build a service in Louisiana that matches healthcare workers with overstretched hospitals. That system took less than two weeks to launch because we already knew how to do the matching.

LZ: On USDR’s website, it says you try to match volunteers with governments close by, because you “find that knowledge of the state or region is useful.” If volunteers are remote, why is it important for them to be near the region requesting help?

Yung: Some of the reasons are coordination and availability from being in the same time zone. We’ve also seen the request from volunteers — they’re excited to help more in their local community. So that's certainly part of it. In some cases, having a local network has been helpful. For example, someone on our Government Partnerships Team lives in Kansas, and he’s been a huge help in tying us into other things happening in Kansas and making connections that only he can. That proximity has been really helpful for sharing knowledge and moving faster. We have also seen a few cases where the government actually needs someone close by, because they need to authorize people locally. We had a volunteer in New York who had to physically go in to sign something.

LZ: How will USDR evolve as the pandemic continues to unfold?

Yung: Throughout the COVID response, every week has looked super-different and I don’t think that’s going to change in the coming weeks and months. It will potentially be quite some time before a lot of states relax shelter-in-place guidelines, so we’re going to continue doing what we’re doing by responding to requests. If you follow the news, contact tracing has been a huge topic for reopening society. There are apps being built like the Apple and Google API and there’s also manual contact tracing. A few states are ahead of the curve, but we have a lot of requests about spinning up those tools. We’re committed to staying — channeling our strengths and our volunteer network to continue providing help that's relevant. We’re also going to start sharing more proactively. We may get to a point where we’ve created a lot of open source software and best practices and even connections.

LZ: Will USDR be around in a post-COVID world?

Yung: We are still very much dealing with the crisis. Right now, it’s a very organic thing. I would say we’re hopeful there is something here that can live on. At a minimum it’s the things we’ve built, but at a maximum it could be something similar for other rapid response needs.

LZ: Finally, what advice do you have for engineers or scientists who want to do something locally?

Yung: My biggest epiphany has been how to contribute to an effort that exists and that has exposed a real user need. The trap that I feel personally in the tech industry is starting with the technology first: “I’m going to solve this thing with a hackathon” or “I'm going to build this tool,” and you miss out on the actual audience that really needs it. What’s powerful about COVID-19 is it has surfaced a lot of organizations that have been doing this work for a long time, especially with vulnerable populations like the homeless or with underrepresented minorities in science and technology. My advice is to find a real need and then help it go faster or think about things differently. There’s a lot that can be done to amplify existing efforts.

If you would like to volunteer with U.S. Digital Response, or if you are a local government in need of technology assistance, please visit www.usdigitalresponse.org.

You can also read more about their work on Medium. For other ways to get engaged, please visit ESAL’s COVID-19 resources.

COVID-19
Engineers & Scientists Acting Locally (ESAL) is a non-advocacy, non-political organization. The information in this post is for general informational purposes and does not imply an endorsement by ESAL for any political candidates, businesses, or organizations mentioned herein.
Published: 05/4/20
Updated: 09/14/22