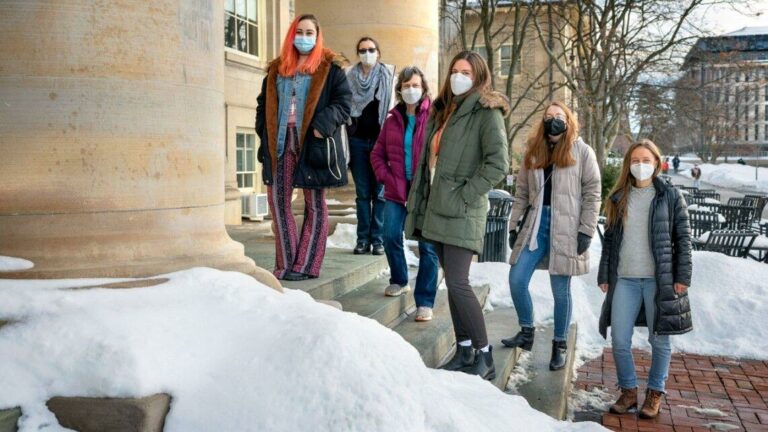 The Vaccination Conversations with Scientists program is a collaborative effort between volunteer scientists and engineers at Cornell and local county health departments, with funding support from the Provost’s Office. VaCS is engaging with the community to answer questions about vaccine safety and COVID-19. ESAL spoke with VaCS founder Kara Fikrig, phone banking chairperson Kara Rode Webber, and data committee chairperson Rachael Skye to learn about their approach to overcoming vaccine hesitancy in their community through dialogues.

RM: Can you tell me a little bit about how VaCS got started and how you got support from the provost and the local public health department?

Fikrig: Around May of 2021, our county department of health was publishing the numbers of people being vaccinated. For a while, that number was going up but then it started to plateau, which concerned me. I was hearing a lot of misinformation that was causing vaccine hesitancy. Around Cornell we have so many scientists and science communicators, yet I wasn't seeing any local outreach happening.

I’m part of a science policy group and I felt like we could do something to create an outreach mechanism. I had been previously involved in political outreach doing phone banking and door knocking, so that was the format that seemed most obvious to me to reach people, have conversations, and reassure people by helping them understand some of the science behind the vaccines. The policy group was very supportive, and we hit the ground running.

RM: What kind of support did you receive from within Cornell and the local public health departments?

Fikrig: We sent a request to the provost for seed funding to get started. We also reached out to the county departments of health and they were eager to collaborate because community outreach was something that they could really use help with. Some of our first tabling events were hosted in collaboration with the health departments’ pop-up clinics, which we supported by sending volunteers to talk to people outside of the clinics to bring them in to get vaccinated. We will be continuing this collaboration this summer!

There is also a vaccine ambassador program at Weill Cornell Medicine. A couple of the doctors sent resources they'd previously used for training, which I provided to the first batch of recruits. They also participated in our expert panel training. That initial relationship with the vaccine ambassador training program was critical. We've continued our relationship, and they now use our talking points in some of their other training activities. Our talking points have continued to filter out to other organizations such as the nurse-staffed Massachusetts COVID hotline. 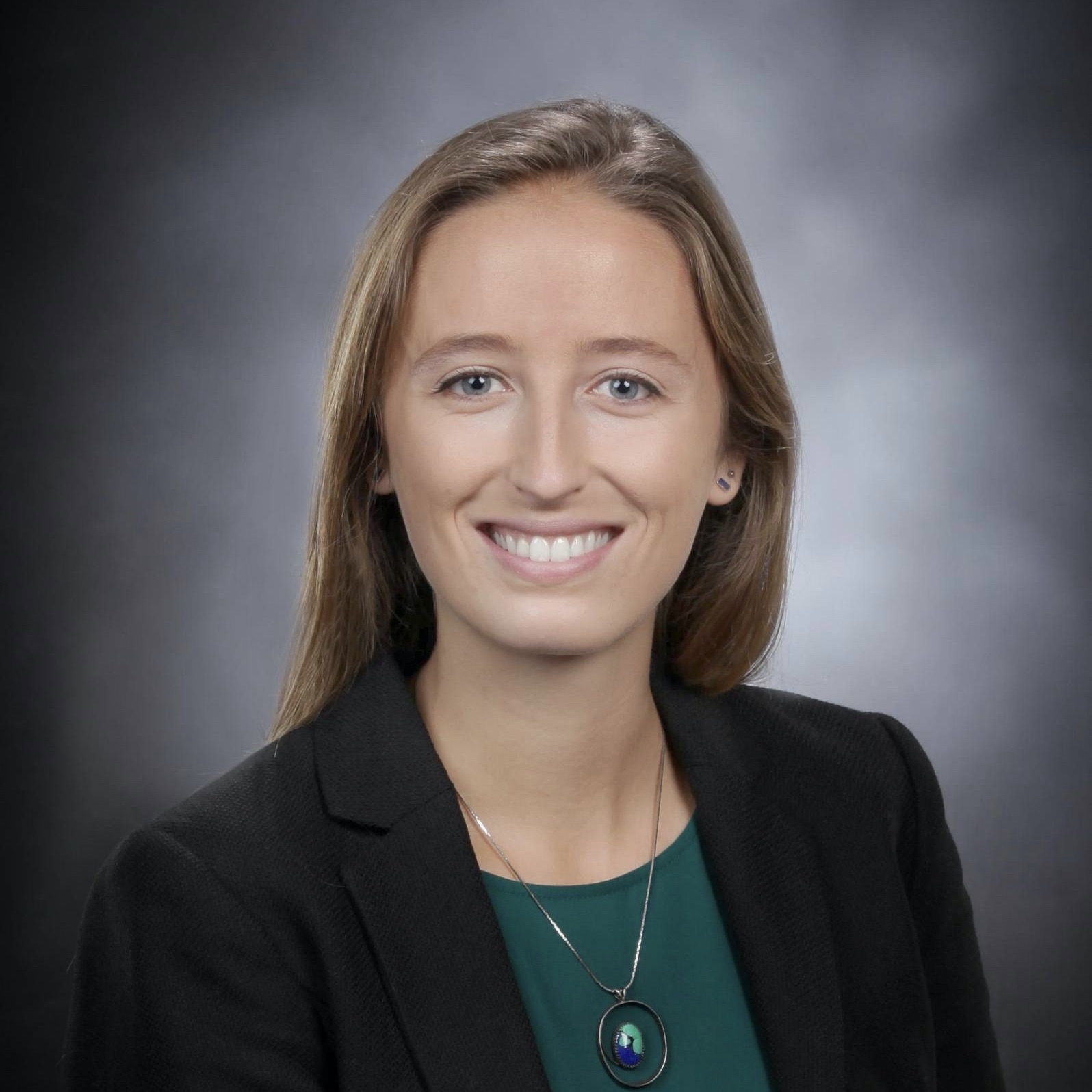 Kara Rode Webber and Rachael Skye, neither of you have a public health background. How did you get involved?

Rode Webber: I'm currently finishing up my PhD in biochemistry with a focus on genomics. I don't have any public health background at all, but I thought VaCS was a really important initiative. At the time, the pandemic was in full swing with the vaccines just starting to roll out and I realized that there was a real need for this. I also saw misinformation being spread about vaccines and I thought it would be best to try to help people by volunteering versus feeling helpless.

Skye: I am in materials science, which has nothing to do with public health, but for a long time, I've been passionate about science communication. When I heard about VaCS forming, I had some free time and thought, “why sit around when I can use my skills and my knowledge to help people?” I've had fun working with VaCS – I work on the data analysis side more than the outreach side. I bring my background as a computational scientist and analyst of large datasets, doing data analysis for VaCS. 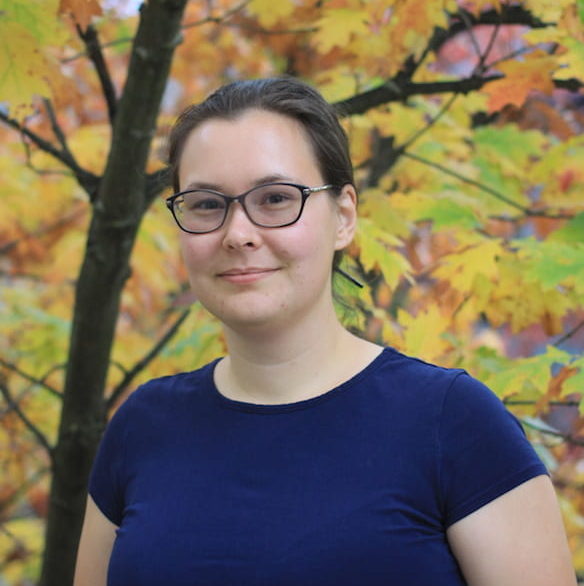 RM: How have you enabled volunteers in VaCS to feel comfortable engaging with the community?

Skye: One of our biggest challenges is that it can be scary to pick up a phone and try to call someone who doesn't want to hear from you and try to start meaningful conversations. It's hard to motivate yourself to do that.

Rode Webber: Initially, we all had a meeting, made a list of things that needed to get done and how we wanted to structure VaCS. Rachael and I wrote the initial draft of the script for our phone banking. I had researched active listening skills, ways to ask questions, and ways to engage people when they don't necessarily want to be engaged.

We also had an expert panel with doctors and public health officials where we asked them what kind of questions we might hear and got thorough responses from doctors that had been answering patient questions about the vaccines.

We put together a large amount of resources for our volunteers, so that they would feel prepared to have those conversations. If you're talking to someone and you don't feel prepared, you're going to be less likely to come back.

RM: What challenges have you encountered?

Fikrig: One of the most challenging things is keeping all of the component parts moving with forward momentum. Everyone who is involved with this initiative also has a lot of other responsibilities for their research, so it takes a concerted effort to keep everyone engaged and working toward our shared goal.

Rode Webber: One of the things that I found surprising and challenging was that COVID is a continuously evolving situation. When the Delta variant came out, we were constantly having to adapt and have our phone bankers respond to new questions in real time. 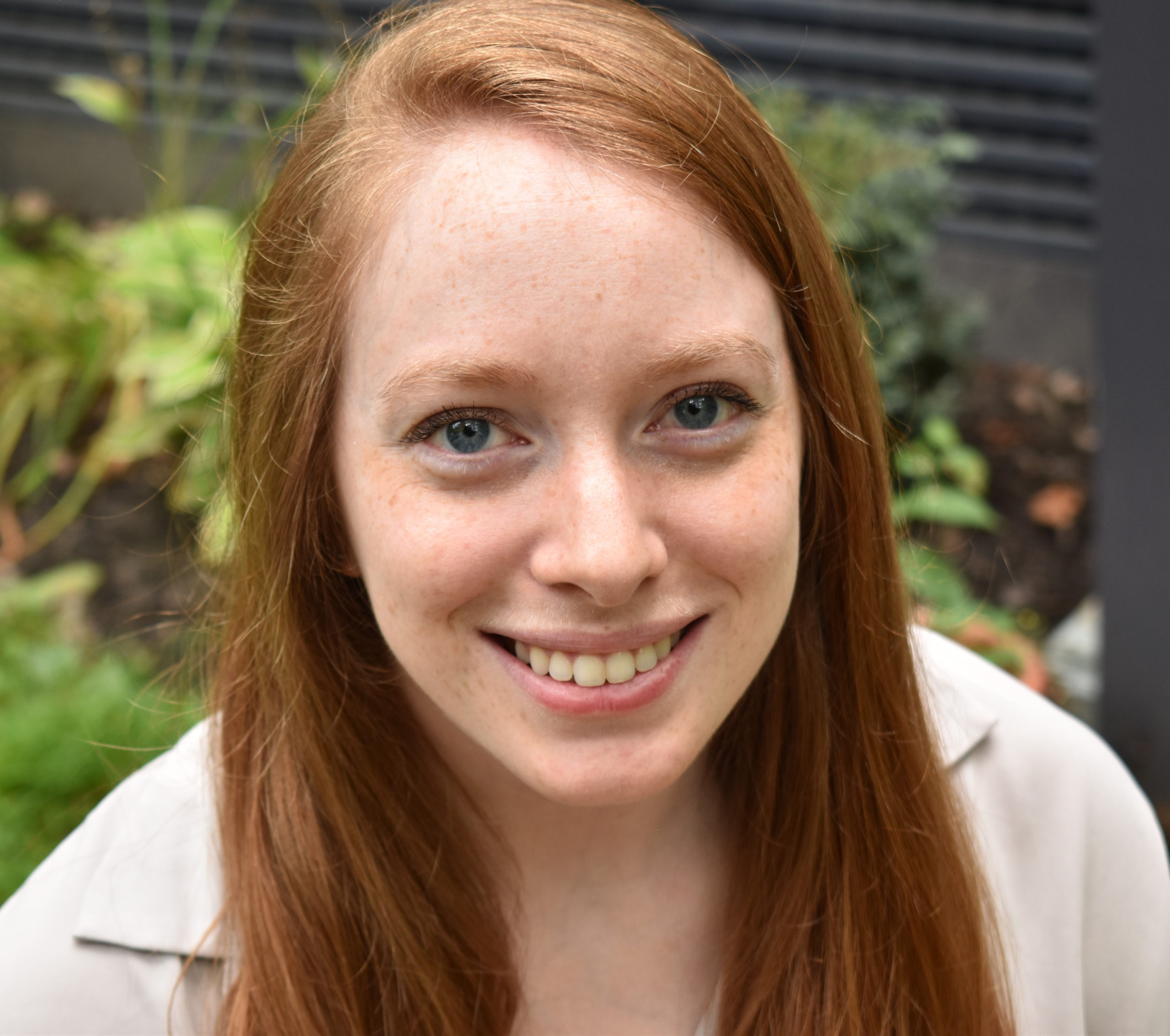 RM: What have been the most rewarding parts of running the organization so far?

Skye: I went to one tabling event in a local library, which can sometimes be discouraging because very few people will stop and talk to you. But at that specific event, we had a woman come to us because she was trying to get vaccinated and it was her first time out of the house in a year. We were able to set up an appointment with her at the local pharmacy to go and get vaccinated right then.

Rode Webber: One thing about phone banking that I like is this aspect of equity. You can call people at their homes, because most people have a phone or have a cell phone. I spoke to one gentleman who said, “I don't have a computer. I haven't heard about the vaccine clinics.” I said, “there's a clinic this week right in your neighborhood.” He said, “oh, I could walk there from my house. I didn't know about that.”

Fikrig: As another example, we were collaborating with the county health department at the Tioga County fair, where they had a popup clinic. We had a conversation with someone who was very hesitant, but by the end of the conversation, decided to go right on over and get vaccinated. We saw the result of our conversation right away.

When we have conversations where people are not convinced to get vaccinated because of distrust in science and institutions, we can still have a positive interaction. If we have a conversation with someone where they feel like they've spoken with a real human and have established some trust, even if it doesn't convince them to get vaccinated, I view that as a win. I think scientists getting out in the community, engaging and talking about what it is that we do and how we understand the world is a positive outcome as well.

RM: How has your experience of working with the community differed from your expectations?

Rode Webber: I was really expecting that I would get yelled at or a lot of negativity. We very rarely get anyone that's very rude, and yells at you or swears at you, or hangs up. We get a lot of people that have been given misinformation and who do have questions.

By talking to these people and having good conversations with them, opening up and hearing why they're hesitant about getting vaccinated, and speaking to them from the scientific perspective – not from a political perspective, not from a moral perspective – has been really beneficial. There are a lot of people that can still benefit from this and can still learn.

Engineers & Scientists Acting Locally (ESAL) is a non-advocacy, non-political organization. The information in this post is for general informational purposes and does not imply an endorsement by ESAL for any political candidates, businesses, or organizations mentioned herein.
Published: 06/1/22
Updated: 08/2/22