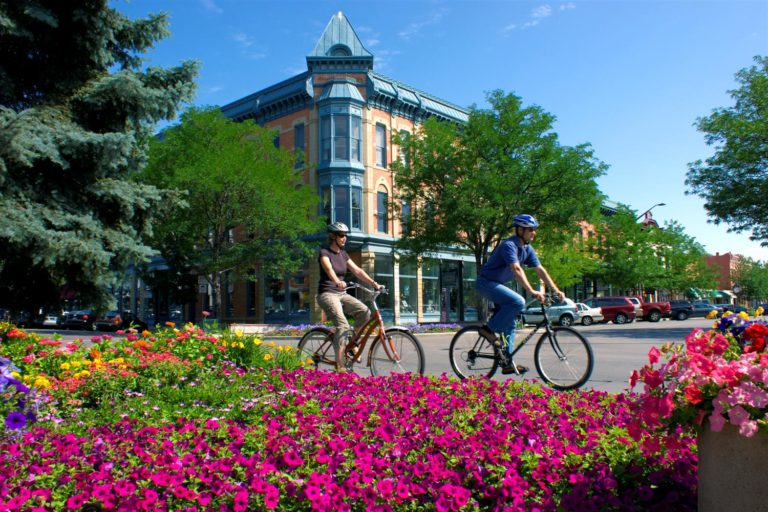 Delving into the nuances of municipal budgets should not be reserved for experts. With a little determination, paired with guidance, it can be a worthwhile experience that sheds light on local priorities and decision-making. This is the third in a series of three articles to help you understand and interpret local budgets. For additional articles in this series please see:

Cody Forst is the senior budget analyst for the City of Fort Collins. Forst and his colleagues have undertaken unique public engagement efforts to demystify the details of the budget. We discussed how programs are prioritized and how participatory budgeting has brought new opportunities to the budgeting process.

MS: How did you get interested in local government, particularly when it came to finding a position in the budget office?

Forst: I'm a numbers person. I had my undergrad in finance, and my wife and I moved to Fort Collins two years ago. Before that I was working in the private sector in Minnesota. I had to find another job when we moved, so I started exploring. I found myself interested in this position because it's on budget and numbers. Even though I kind of stumbled into this local government position, I’m really happy I found it. It feels more tangible.

MS: What would you say is the most enjoyable part of working on the budget?

Forst: It really is the non-technical stuff and the other pieces that go beyond the numbers. For instance, in the budget office we oversee the performance measurement process, which is tightly integrated with our strategic planning and our budgeting processes. Those pieces are not something that were in my wheelhouse previously. I like the satisfaction of knowing what I’m impacting and who I’m impacting. We're taking some big strides in trying to include equity as one of the first lenses in the things that we do.

MS: How would you explain to a layperson what is happening in the budget development process?

Forst: We have a really robust and rigorous process that functions on a two year cycle. The mayor is elected to a two year term, and we have six council members on a four year term, three of which are elected every two years. The two year process basically starts with the elections which, in the City of Fort Collins, happen in April.

After the election, the mayor and the six council members define their priorities as a cohort. Those council priorities are the first input to our strategic planning process. Simultaneously we're engaging with and getting feedback from the community. We also receive heavy input from city staff, the department heads, and the service area directors on what we need to address in their area of the city. Fall, winter, and into Q1 of the following year, we'll develop the strategic plan using those council priorities and all that community feedback.

The strategic plan becomes the basis for how we tie our budget to our strategy. This year’s plan lists seven outcomes that we're trying to achieve as a community. Within each of those outcomes, there are six to ten strategic objectives. Each budget request needs to link to at least one strategic objective. So once we get into the budget process, the strategic plan guides what kind of requests come forward from our staff. Those requests get developed starting at the very beginning of Q2 of the year.

MS: How do you determine which department gets which funds?

We refer to this process as budgeting for outcomes, or BFO for short. We have seven BFO teams that are aligned with the seven outcomes in the strategic plan. These teams assess the offers, the budget requests, and then eventually they rank the offers in their outcome. That's their ultimate deliverable. Then they pass those recommendations on to the executive team, which is responsible for balancing everything and submitting what is called the city manager's recommended budget to council. That gets passed off to the council in September, and then the council makes adjustments and changes. It’ll eventually get adopted by our council in November of next year.

MS: How at the end do you ensure that there's a representative opinion about what's informing the budget?

Forst: That's a hard thing to do. We have over 170,000 people in Fort Collins, and some are easier to reach than others. Some people want to be involved and others we need to proactively engage. Our PR approach is [to take] as many avenues as we can. It's managed by CPIO, the Communications and Public Involvement Office. They handle all of our community engagement and outreach for any initiative that the city is taking on, the budget included. They do a lot of active outreach to get the information in front of people and to get people's attention.

There's also people who proactively will go out of their way to engage with the city. OurCity is a website we use for all of the public engagement. We've got contact information at the top for people to get in touch with us. On the site, you'll see there's a few tabs. Under the “Submit your Ideas” tab, each of the seven outcomes is listed, and community members have an opportunity to submit an idea so that it gets in front of staff. 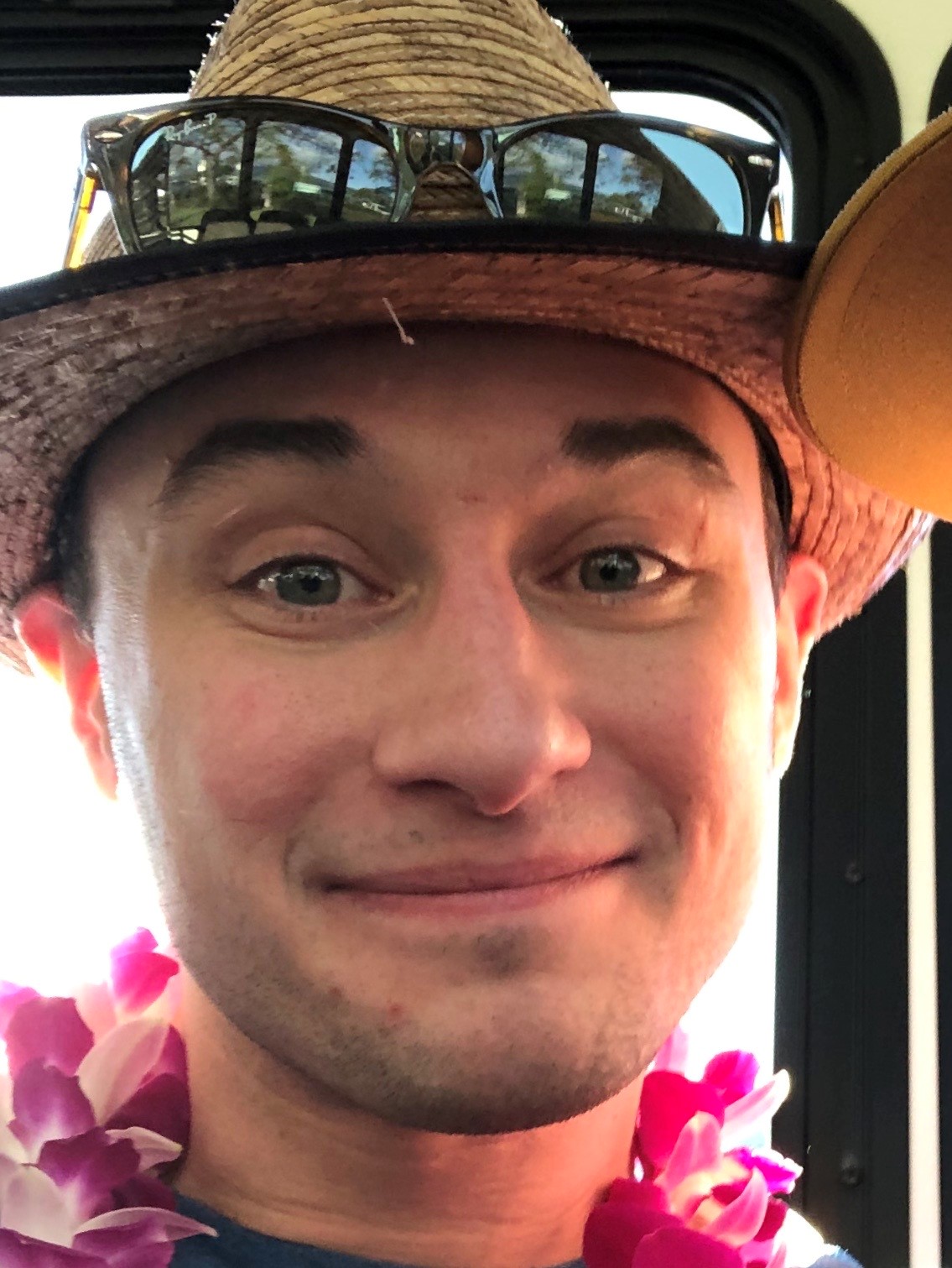 MS: What are ways that people with STEM backgrounds can contribute to local budget development?

Forst: I think it would be tremendous to have engagement from people working in STEM. I think they tend to be more analytical and would have some insights and knowledge that city staff might not see or that we may not have. We have folks on staff in the city who are paid to do analytical stuff, but that doesn't mean we're covering it all. I think right now, with climate change, it's probably more important than ever.

MS: Have there been times when you're communicating with the different groups and there's been a common challenge?

Forst: One common difficulty is the complexity of the budget process. We try to make it as simple as we can. The way I described it before makes it sound kind of nice and clean: we have a council, they define the priorities, we have a strategic plan, and we develop a budget. Well, within that, there's a lot of moving pieces and details.

To paint the picture, our budget document from last year is almost 500 pages long. When you start getting into what's driven by our city charter and our city code, there are certain things that we have to do a certain way. And governmental accounting is confusing. So from the community perspective, just taking a peek behind the curtain can sometimes be overwhelming. That creates accessibility challenges. That's something that we've been actively addressing in the last year.

Within the process itself, as things are moving along, there are moving parts each day. The scope of the whole thing is enormous. We try to boil it down so that people can effectively participate in the process, but the complexity creates natural barriers to that. We're trying to break those down.

MS: Is it often the case that some areas consistently get funding while others are less prioritized? What are some consistencies that people can be sure of in the budget?

Forst: That's a really interesting question. If you were to go back and look at the City of Fort Collins budgets over the last 10 years, there are absolutely areas that have consistently received a bigger allocation of funding than others. Some of that is driven by the structure of our organization and by our city charter, which dictates certain things that we have to have. We have a full service utility, which means we run electricity, water, wastewater, and stormwater services for our residents. Those services are primarily funded by fees or usage charges.

Every program and service that exists today is required to put in a request every year. That's an ongoing budget request, but it gets ranked with new requests. All requests, new and old, are assessed by those BFO teams that I mentioned.

We ask, “what do we want to impact?” And then we ask, “how are we trying to do that?” When we're talking about spending taxpayer dollars, we have to be able to show objectively that those programs are doing what they're intended to do. If they're not, it doesn't mean we have to abandon that initiative; but maybe we need to do it a little differently.

For the 2022 budget that we're developing right now, the CPIO is engaging with the community right now to put together a budget request that is developed by the community. It will be submitted with all of the other requests, which we refer to as “offers.” If I were to bet, I would bet that the participatory budgeting landscape for our organization is going to evolve into an even better place by this time next year. Right now we're exploring other communities, like Seattle and Austin that are leading the charge. We're trying to learn from them and implement better ideas here.

Forst: It's absolutely something that we've focused our attention on. One of our strategic outcomes is “safe community,” and that's where most of the police budget goes. Last year, in the 2021 budget, we started looking at how we can address this issue.

For example, Colorado State University is in Fort Collins. Our police service was partnered with the university such that it basically had a precinct on campus. Last year there was an intentional decision by our executives and by the city council to take the funding from there and create a new position for a homelessness initiative coordinator. Basically we took a piece of the police budget and shifted it to a social program. Aside from that, the city council convened a committee to get more community feedback on this issue. The safe community outcome doesn't just have to be achieved through traditional policing. It can be achieved through a lot of different avenues.

MS: What is something that you would hope to see between city, city budgets, and city organizations in the future?

Forst: One of the things that sticks out the most to me about our organization is the systems and processes that we have. The strategic planning process is really critical to making everything go, and we have a really solid foundation. Going forward, I’d like us to make better, data-informed decisions upfront, so that we spend our dollars more wisely and don’t end up scrapping programs that aren’t working. Overall, I think listening to the community, being data informed, and having really solid and robust systems and processes in place is key.

Budget
Engineers & Scientists Acting Locally (ESAL) is a non-advocacy, non-political organization. The information in this post is for general informational purposes and does not imply an endorsement by ESAL for any political candidates, businesses, or organizations mentioned herein.
Published: 09/16/21
Updated: 07/31/22