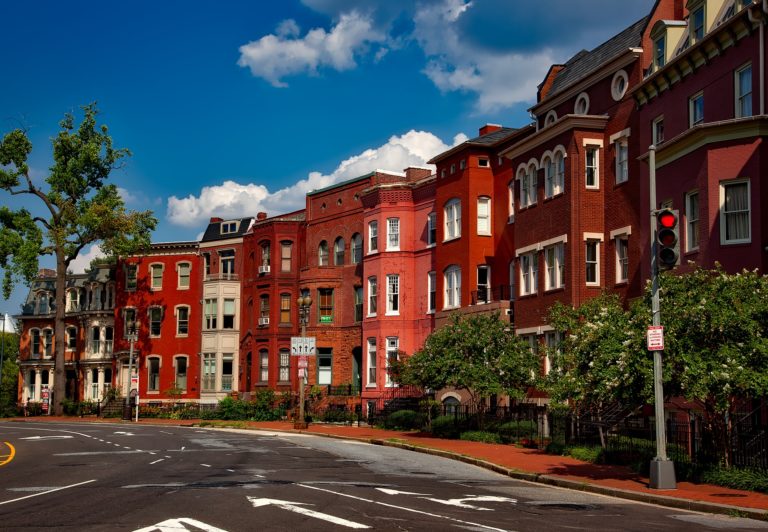 Logan Circle
Our "Stories from the field" series shares the experiences of engineers and scientists who are making a difference in their communities.
Share this article

From an early age, Ian Simon was always interested in viruses. As a graduate student at Yale, he worked on a viral vector vaccine that later became licensed to treat the deadly Ebola virus. It was also there that he first had a taste of policy, lobbying Congress on issues such as eliminating taxes on graduate student stipends. Simon’s dual interest in science and policy landed him at the IDA Science and Technology Policy Institute (STPI) in Washington, D.C. The 2016 election, however, catalyzed him to reach beyond federal policy and get involved in his community. He began volunteering for his Advisory Neighborhood Commission (ANC), part of a unique system that gives voice to neighborhoods across D.C. He currently serves as an elected commissioner of his ANC, a role he has held for the past year and a half. Simon talked to ESAL about his challenging and rewarding experiences in local politics and governance.

Simon: Halfway through graduate school, I was toiling away like a good student, but feeling like the life of an academic researcher was not one that spoke to me. So I went looking for things that did speak to me. I became involved in student government and eventually president of the Yale Graduate Student Assembly. I went down to Capitol Hill a couple of times to lobby on behalf of grad students and to co-host information sessions for congressional staffers to understand issues like human gene patenting. It wasn’t until I attended a career panel, where I met a Yale alum who was working as science advisor to Senator Joe Lieberman, that I learned it was a viable career path. I never realized I could be the person who advises on science. And it seemed so natural. After finishing my Ph.D., I made a hard pivot and went straight for the policy angle.

LZ: In your dayjob, you work as a science policy analyst. What is STPI and what does your role entail? 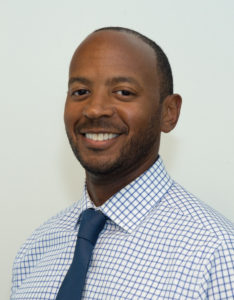 Simon: STPI was created in the early ‘90s by Congress to provide the White House Office of Science and Technology Policy with independent research and analysis. We support federal executive branch agencies, making sure they have up-to-date and evidence-based information across different fields of science. There are about 25 Ph.D.s on staff including me. I cover a lot of the life science, health, infectious disease, biosecurity, and biodefense work.

LZ: Given all your federal experience, what motivated you to get politically involved in your community?

Simon: The 2016 election was a wake-up call. It made me take stock of where I was spending my energy. The election proved that there are consequences for ignoring advocacy at the local level. I wanted to make sure that my viewpoint and my input were geared not only towards national policy but also my own community — that includes the community of my alma mater, the building I live in, and the city I live in.

LZ: How did you go about doing that?

Simon: First, I started to find out who were the local representatives and bodies that represent my community. Once I learned about entities called Advisory Neighborhood Commissions, I started attending meetings to understand what they did and what they talked about. The first meeting I attended was in November 2016.

I started volunteering to serve on different committees and got to know the commissioners of my ANC. One of them let me know he was not running for reelection and encouraged me to take his spot. I ran unopposed, which is not all that uncommon for ANC commissioners because it is a volunteer position. The work we do is because we want to make our communities better.

LZ: Can you explain the government structure of Washington, D.C., and its unique ANC system?

Simon: In the District of Columbia, since we are not a state, we are not set up with a governor and state legislature. Instead, we have a mayor, a city council, and Advisory Neighborhood Commissions. The ANC’s role — analogous to a house of representatives — is to represent residents on the neighborhood scale. There are 40 ANCs scattered throughout the 8 wards of Washington, D.C. Each ANC commissioner represents 2,000 residents.

ANCs have no legislative authority. They can’t write laws. Instead, they have what is called “great weight.” The District is supposed to give an ANC ample time to weigh in. If the ANC’s views are not adopted, the government has to document its reasoning. Oftentimes, there’s a public hearing as to why the District contradicted the views of the locally elected representatives.

LZ: What are the main functions of an ANC?

Simon: ANCs are alerted first whenever something happens in the District. If there’s a changing traffic pattern or a new building going up, it’s our job to communicate that out to our residents. For instance, the District legalized sports gambling at the end of 2019. If a gambling establishment comes to our neighborhood, we would get alerted and hold a hearing on its application. We would take in all that information and make a recommendation to the District government.

Another category that is really rewarding is constituent services. Say we need a stop sign at this corner or a pothole needs to get filled, or a lot of folks are running red lights. How do we make sure people don’t run a red light and speed?

LZ: What types of issues have you dealt with in your ANC?

Simon: In my part of the city, we’ve been dealing with the effects of gentrification. After the 1968 riots in DC and white flight to the suburbs, this area was majority African American. Now throughout the country, there’s been a return to urban living. One of the big issues is having enough housing for everyone moving here, but also making sure there is continued affordable housing for longtime residents. We want to make sure the communities that have been here for 40 years can continue to live and not get pushed out.

Our ANC has also become a big destination for nightlife, bars, and restaurants. It’s the hot new area to go to. We want to add revenue streams and make it an attractive place for visitors, but also make sure it doesn’t become over-commercialized and the residents’ quality of life decreases.

I'm particularly proud of the work I'm doing — and it's not done yet — to bring a middle school to our neighborhood. We have overflowing elementary schools that need a middle school.

LZ: Comparing your federal and now local work, what transferable skills have you honed?

Simon: There are lots of similarities at both federal and local levels. Working within a bureaucracy takes finding the right person to make things happen. Oftentimes, you have to find the one person who is really well-respected and work through them. Also, knowing how to advance an issue is a valuable skill, which requires understanding the political basis of support and how that support directly informs someone’s vote. As a scientist, one of my skills from science has been using data to spur decision making. If you can get people to look at the data, it’s very hard to argue against.

LZ: What advice do you have for scientists and engineers who want to get engaged?

Simon: My advice is to search out different kinds of volunteer opportunities. Those will lead to more information, more understanding of how to get involved, and what you do or don't like to do. Volunteering doesn’t have to be a huge time commitment. Even an hour a month can show you how to be effective at the local level.

Engineers & Scientists Acting Locally (ESAL) is a non-advocacy, non-political organization. The information in this post is for general informational purposes and does not imply an endorsement by ESAL for any political candidates, businesses, or organizations mentioned herein.
Published: 06/28/20
Updated: 08/16/22