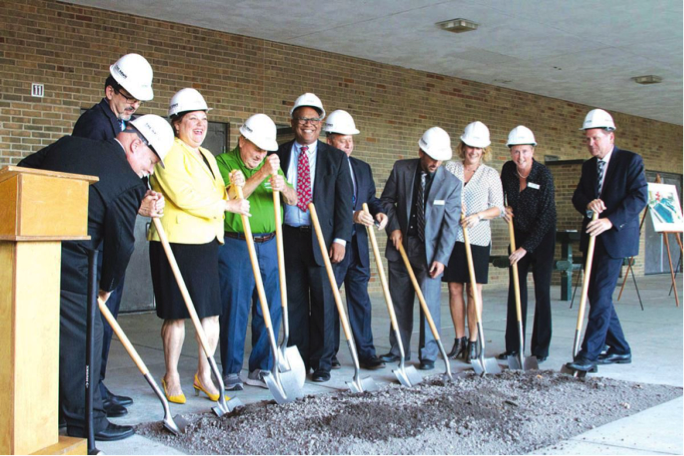 Ken Massey is the senior director of venture development at Wayne State University in the Division of Research, Technology Commercialization. A biomedical scientist by training, Massey has also been highly engaged with his community. He served on the City Council since 2003, including four years as the mayor of Farmington Hills, Michigan, from 2015-2019. He is also on the boards of community organizations dealing with health, safety, aging, and emergency preparedness. With a Ph.D. in cardiovascular physiology, Massey brings a deep technical background to local policy-making. ESAL interviewed Massey about his career trajectory as a scientist, educator, businessman, and elected official.

DR: Tell me about your early years – when did you decide to go into the medical sciences? 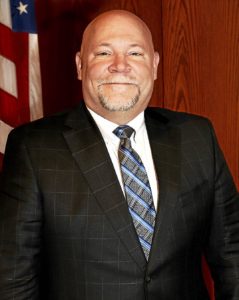 Massey: By the time I was 10 years old, I wanted to be a scientist. A friend of mine remembers that I had the coolest 10th birthday party ever! Why? We watched a movie called Hemo the Magnificent. It was an educational film about the circulatory system, directed by Frank Capra and produced by Bell Laboratories.

DR: That doesn’t exactly sound like a blockbuster. What was so magnificent about it?

Massey: It used actors and cartoons to describe the cardiovascular system. It showed a real heart contracting in an open chest during a midline thoracotomy procedure. This was followed by a rabbit heart still beating, isolated from the body. I was fascinated by it!

DR: You ended up getting a Ph.D. in cardiovascular physiology, but first you were a paramedic?

Massey: Yes, I became a paramedic to put myself through college. The ten years as a medic allowed me to pursue my degrees in biology and chemistry and finally cardiovascular physiology. I was paying for my own education and working.

DR:  What did you end up pursuing in your graduate work?

Massey: I studied how altered communication between heart cells causes arrhythmias. I was reliving the Hemo the Magnificent movie, working with isolated hearts, and dissolving hearts into individual pairs of cells to look at pathological alterations.

DR: That sounds like a far cry from local politics. How did you end up spending years as an elected official?

Massey: I never viewed my campaigns in the context of politics. My wife and I talk about how our founding fathers were working men contributing public service. There was no such thing then as a professional politician. I am an Eagle Scout and wanted to serve my community. My best friends laughed when I decided to run for City Council, knowing I am not a fan of “politics.” I just saw some challenges and realized that they needed fixing and I felt I could be part of the solutions.

Devin: What sorts of problems?

Massey: When we purchased our Farmington Hills home, there was an ongoing problem that skunks were overrunning the area. The neighborhood was struggling with all kinds of skunk control measures. I instead researched what resources skunks need, and wrote up a manual of how to reduce them, e.g. capping the ends of culverts, not leaving dog food on decks, closing garbage cans. It worked, and didn’t cost a dime of tax revenues!

Then, people urged me to run for City Council.

DR: Has your biomedical background been relevant?

Massey: Highly relevant. First and foremost, I approach questions and problems and make data-driven decisions. I gather all of the information we can get, weigh the options based on the data, and only then make a decision. I avoid decision-making based on “I feel that…”

DR: What’s an example of how data served a decision-making process on your City Council?

Massey: The County was planning to enlarge a huge tunnel underground to hold several million gallons of stormwater runoff, with a price tag of $46 million that the city would have to pay. I asked to see the data justifying it, and the engineers said, “It’s a bunch of flow rates, pipes, and pumps. You wouldn’t understand.” Well, I did understand it, and found in the data that the flow volumes coming in did not match flow volumes coming out. My observation prompted the discovery of a big obstruction in the current storm water pipe, a wall that had been built years ago. It’s like a coronary artery with plaque in it. That discovery, along with engineering changes related to underground composition, reduced the scope and cost to our residents of the construction.

In science, you question things, evaluating how they will work or not work. You make decisions based on experimentation and data.

DR: I noticed on your website that you pride yourself on being nonpartisan. How does your scientific background support that approach?

Massey: When you use data to drive your decision-making process, you are not at the whim of a particular political platform. Especially at the local level, we all have to be nonpartisan. In a lecture I gave at the Academy for Elected Officials, I said “Check your partisan hat at the door!”

DR: What if you are dealing with an issue that has become polarized along partisan lines. How do you hold onto your data-driven approach?

Massey:  I like to equate the world with the human body’s systems to better grapple with problems from a systems approach. Consider debates over immigration. Like cell membranes, our borders must serve as semipermeable membranes, controlling what enters and leaves in a way that keeps us healthy. If the ability to have that control is lost, the cell dies. To keep the country healthy, the challenge must be addressed. I use these types of analogies to illustrate principles, I am probably the only mayor who used the gastrointestinal system as an example in a State of the City address!

DR: How has it been, as a scientist, to work on issues that don’t relate directly to your background?

Massey: As a scientist, I like to think multiple steps ahead, setting out a logical progression as a framework. Project planning, resource allocation, and execution of the plan. As an example, our electric grid was not as stable as we’d like, resulting in electrical outages. I worked to leverage relationships with our utilities and other local organizations to cut and trim trees, and use new technologies to improve the reliability of the grid.

DR: You are not only an elected official, but also the senior director of venture development at Wayne State University. How does that role relate to your technical background?

Massey: I actually gained business experience when I worked for Pfizer. I was hired as a scientist, but they facilitated my going to business school, which rounded out my background ─ learning about budgets, spreadsheets, and cap tables. I have also used those skills in my work with the City of Farmington Hills. Knowing how to make our city procedures business friendly, I have helped attract over $200 million in investment in our community in the last year alone.

DR: What has been the most rewarding part of all the work that you do?

Massey: Serving my community. I have a passion for public safety ─ health and safety are the first responsibility of governance. On Council, I serve on the emergency preparedness commission. Our police have now carry AED’s and Narcan, and we promote mental health programs and suicide awareness for everyone to help solve the mental health challenges, including opioid addictions.

DR: What wisdom would you share with other scientists or engineers looking to get engaged with their communities?

Massey: Don’t think of science and community service as two different worlds. Being involved in the community and your local government may not seem like what an engineer or scientist does. But there are transferable skills that are directly applicable. You get so much more out of your community when you are adding back to it. There is an incredible wealth of talent that excludes itself from local involvement.

DR: Do you plan to run again after this term?

Massey:  After nearly 30 years of public service, it could be time to step back. But, I still have the passion to continue serving the community and my fellow residents.

Engineers & Scientists Acting Locally (ESAL) is a non-advocacy, non-political organization. The information in this post is for general informational purposes and does not imply an endorsement by ESAL for any political candidates, businesses, or organizations mentioned herein.
Published: 12/22/19
Updated: 08/16/22