Paleoecologist Gets Her Feet Wet in North Dakota Politics

Lydia Tackett is a professor of geosciences who runs the Paleoecology and Sedimentology Lab at North Dakota State University. She grew up in Philadelphia, but discovered her passion for paleoecology while in graduate school in the west. She had become fascinated with mass extinction events, and went on to earn a Ph.D. in earth sciences from the University of Southern California. Lydia studies how shelled marine animals from the Late Triassic period (250 – 199 million years ago) adapted to changing predator conditions. She is also the District 44 (Cass County, ND) Democratic-Nonpartisan League Party Chair. ESAL interviewed Tackett about her combined passions for “playing in the dirt, crackin’ rocks for fossils, and civic engagement.”

DR: What are you examining, broadly, in your research as a geologist at North Dakota State?

Tackett: My research is oriented to understanding events leading up to the end-Triassic mass extinction event, which had a major influence on the ecological structure of the ocean. Some interesting adaptations appear in marine organisms during the 10 million years before the extinction. Scallops started swimming, burrowing clams got abundant, and the ocean community began to look more like what you’d see today.

DR: On top of your intensive field and lab research, what drove you to get involved with local politics?

Tackett: During my first few years as a faculty member, I was frustrated about things I saw happening in the world and wanted to help make change. I figured that, while it’d be hard to get engaged at a national level, I could help locally. I didn’t have a clear vision yet, so I just started attending local groups to see how I might get involved. Anywhere you live, there are a lot of local gatherings of people trying to make change.

DR: What sorts of groups were useful for finding your foothold?

DR: When and how did you decide to run for your District 4 Democratic-Nonpartisan League Party chair position?

Tackett: I was going to what are called Feminist First Friday events, which local legislators attend to give updates on what’s happening in the state legislature. After one of those meetings, I just asked one of the legislators how I could help with women’s issues in the state. She invited me to the chili feed meetup where all the districts in the county divide up the work to be done. There I met Representative Karla Rose Hanson, an incredible woman who nudged me to fill the soon-to-be-vacant vice chair position.

DR: Wow, did you accept it then and there? Weren’t you concerned about the time commitment it might entail?

Tackett: Sure, I had a lot going on in my life as an early career faculty who had just received a big grant. But, the vice chair really just has to attend the meetings and remain informed. And I knew by then that the Chair was doing a great job at keeping everything organized. 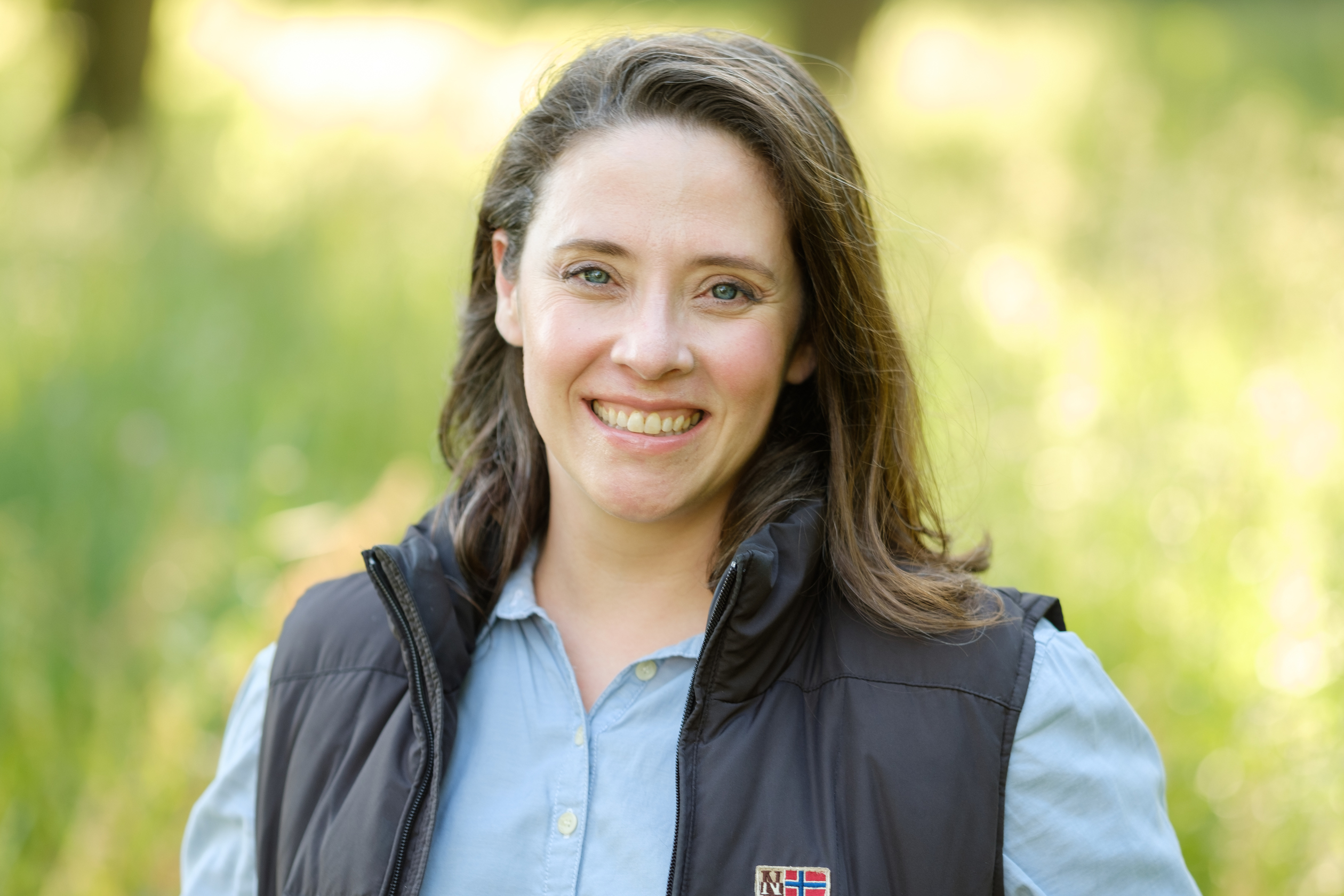 DR: A year later, you became the chair yourself. How did you decide to commit to that larger responsibility?

Tackett: By then, I had gone to a year’s worth of District 44 meetings. I saw that we had a really good support system of institutional knowledge, fundraising capabilities, and people willing to volunteer. So, I wasn’t going to have to rebuild the district, which I wouldn’t have been able to do. I just had to keep up the good work.

DR: What does “the good work” look like from the perspective of chair?

Tackett: We hold regular district meetings to check in with officers and plan fundraising events. The events are a great way to bring the community together with legislators. For example, we have a steak fry with the AM Vets where people bond over dinner, and we ask for optional donations. With the pandemic, we did a distanced drive-through version this year where people picked up their steaks (or Beyond Burgers), and it was still a success. People waved to each other from cars during the pickup.

DR: How has your role as chair changed your relationship with your community?

Tackett: It has put me into contact with all kinds of folks I might not otherwise meet. For example, I am a delegate for a regional labor union group, the Northern Plains United Labor Council through my union for state employees, North Dakota United. It connects me with people representing other unions, whether electricians or plumbers or painters. I come into contact with areas well outside of the work that I do. It’s great to hear other perspectives around our shared goals to improve the lives of families.

DR: How does your background as a Ph.D. scientist affect your position as District 44 Party Chair?

Tackett: It actually doesn’t come up much, which is great. I enjoy playing a role other than an academic one. People sometimes do bring rocks for me to look at, which I am eager to do. Overall, my role as chair has been a great way to break down social barriers and get to know a range of people from my community. 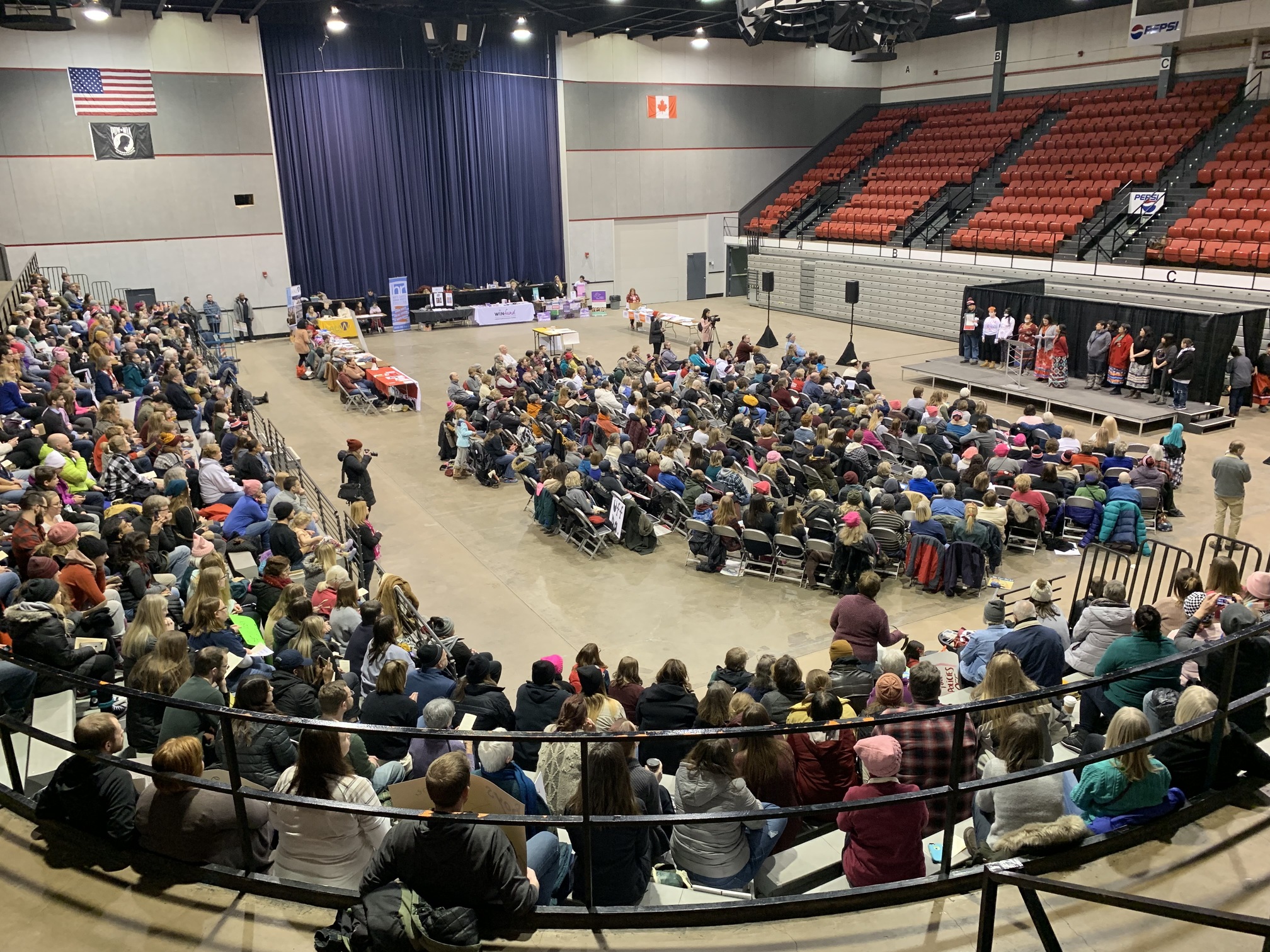 Audience gathered for the Women's March 2019.

DR: Are there any skills you bring to your local policy work because of your scientific background?

Tackett: Skills I’ve picked up being a teacher and researcher occasionally come in handy in unexpected places ̶ like using design software to make a flyer or organizational skills to get a project done. While project organization is not my strongest suit, I’ve had lots of practice at it. My skill exchange goes the other way too. The relationships I’ve developed with legislators allow me to effectively voice concerns about things that affect me as a higher education employee. As university faculty, there are surprisingly few opportunities to talk to faculty outside of your college. It’s really useful to hear what folks in other colleges are dealing with, whether strategic planning or budget cuts.

DR: I know you also made a run for county commissioner for County District 1 last year. What inspired you?

Tackett: The County Commissioner is a part-time role, making it feasible with my faculty job. It’s also non-partisan, which alleviates any concerns about partisan conflicts of interest. The commission handles all kinds of things that affect your life every single day – county taxes, veterans affairs, human services, vector control, roads, etc. It seemed like a good fit for me because I am drawn in by a wide variety of topics. I love problem-solving ̶ looking at a bunch of variables that don’t work together and figuring out how to make them work together.

DR: Were you disappointed not to win the seat?

Tackett: Yes, but I don’t regret running. It was a great experience. I am proud of my campaign, which focused on improving living conditions for working people. I met some phenomenal people who inspired me, such as Shelly Lenz.

DR: Are you likely to run again?

Tackett: Yes, I think I will, although I’m not sure what I’ll run for yet. The County Commissioner seat comes up again in four years. Once you’ve run once, you have more experience and name recognition. So, if you don’t win a first election, there’s not a reason to give up. For a county-wide race, at 44-55, this one was pretty close.

DR: Do you have any advice for other scientists and engineers considering getting involved in local politics?

Tackett: I’d advise getting involved with community groups before running for office. I benefited greatly from the relationships I’d made. With COVID-19 restrictions, I couldn’t go door-to-door. But, thanks to community connections I’d developed, I was endorsed by a regional union group. I think that people should run someday if they are thinking about it! You just have to first get a realistic image of the time commitment the seat entails. I don’t plan to ever give up my faculty job, but rather to stay locally involved in ways that are compatible with it.

Engineers & Scientists Acting Locally (ESAL) is a non-advocacy, non-political organization. The information in this post is for general informational purposes and does not imply an endorsement by ESAL for any political candidates, businesses, or organizations mentioned herein.
Published: 04/25/21
Updated: 09/13/22